STRONGSVILLE, Oh. — The Pine-Richland Rams closed out their season on Sunday at OBM Arena in Strongsville with a 4-1 defeat at the hands of the Regis Jesuit in the quarterfinals of the USA Hockey National Championships.

Jordan Rosenbaum’s late goal was the only offense that the Rams could muster, and on every rush the team from Aurora, Colorado stifled and confused the 2019 Class-AA Pennsylvania Cup champions.

“We ran into a good team,” Jordan Yoklic said after the game. “Coming to nationals, we had a lot of confidence going in here. It’s a good Pine-Richland group on our side. Came up here knowing there was going to be a lot of good competition. We tried to match that, and exceed our typical Western Pennsylvania group of teams. For today’s game, again it’s a good Colorado team that we ran in to. They competed, they had the depth, and the boys gave a good effort to make it close at the end. They didn’t stop fighting the entire game.”

For Pine-Richland, it was the first regulation loss on the year. The only other blemish on the Rams season came in a shootout loss at the hands of the Hampton Talbots in February.

The team overcame an offensive surge from Upper St. Clair in a wild Penguins Cup final, but other than a seven-round shootout victory over Greater Latrobe, Pine-Richland always found a way to win.

They also continued to have a plan, as well as larger goals.

“Definitely from a goal standpoint, (we) want to win every opportunity,” Yoklic said. “Going into the year from the normal high school hockey standpoint, the state championship was our goal. After winning [the St. Margaret Faceoff preseason tournament], we learned about the national invite opportunity and realized that if we played the game the right way and earned it we would get an opportunity to play in Cleveland. So we just kept battling throughout the year, earning the PIHL championship and state championship, which gave us a lot of motivation and incentive to come up here and compete.”

For the second-highest scoring team in the classification, they received the fourth-lowest number of power-play opportunities. Teams weren’t taking bad penalties against them, as Pine-Richland didn’t rile up opposing squads, they just went in, did their business, and went home. They were in the middle of the pack on the penalty kill, but only gave up eight power-play goals on the regular season.

BACK TO THE FUTURE

The other element of the team was that the varsity squad featured 14 seniors that were able to lead by example for the younger team. The squad started the season as the 2018 St. Margaret Faceoff champions, and proceeded lead the way, helping to grow the game for the next wave.

“I think a lot of the younger players on this team learned how the seniors would carry themselves,” Yoklic said. “We have a good core coming back, Danny (Stauffer) in goal, two key defensemen in (Joseph) Folmer and (Jack) Tyndall, and some solid forwards. I think there’s a lot to learn from a season like this. You want to build from it and continue to grow and move forward.”

The game signified the end of the high school careers of the senior class, and there was no question of what drove the team to the national tournament: family.

“The friendships and brotherhood we created in the locker room.” Nick Monaco explained. “Obviously, the Penguins (Cup) and state championships, but I love every single person in that room, we’re going to be family for life.”

“Since this is my last season playing competitively, I will take away the family and the bond that everyone has built. The bond that everyone built inside the locker room, the never-give-up attitude, everything follows you through life. It was a hell of an experience.” 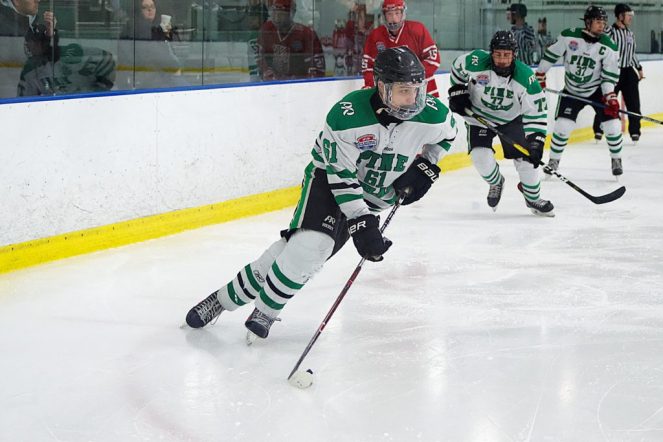 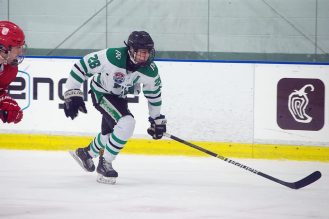 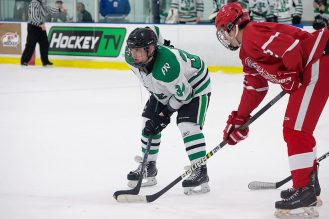 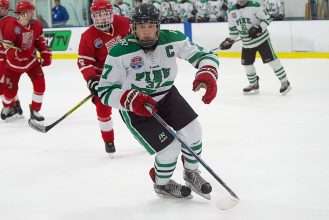 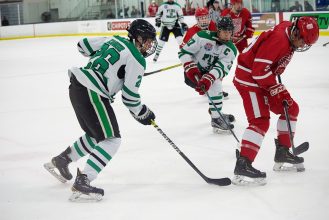 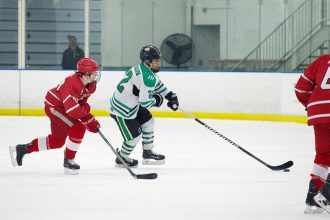 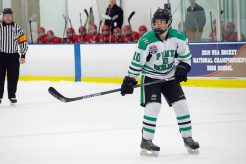 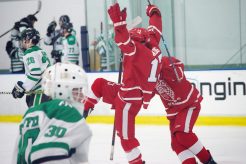 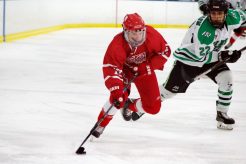 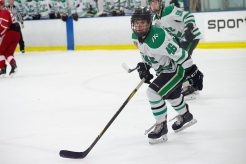