HARMAR Twp., Pa. — The first round of the College Hockey Mid-America playoffs continued Friday night with another rematch, this time fron just ten days ago, as the Slippery Rock Pride looked for revenge from a 9-7 earth-shattering loss to the John Carroll Blue Streaks on February 21. This time, it was the Pride who was victorious, scoring three straight goals in the second period to move on in the playoffs, 4-3.

The Blue Streaks opened the scoring just over the halfway point at 12:40 in the first from John McMahon. Just five seconds later, Thomas Kimmick tied the game for the Pride at 1-1. The first intermission came with a tied game and John Carroll leading in shots by one.

In the second, Slippery Rock decided not to allow another 9-7 affair, as they quickly piled on three goals by
Trevor Gilliland, Antonio Esposito, and a second from Kimmick. John Carroll got one back with just over two minutes to play in the second and another early in the third, but it was not enough to avoid the first-round exit.

John Carroll has won the playoff tournament each of the past two years, defeating Pitt in 2017 at the RMU Island Sports Center and Mercyhurst last season at the Mercyhurst Ice Center. Each of those seasons, the Pitt Panthers received the conference’s automatic bid to the ACHA National Tournament by winning the regular season championship. Slippery Rock has won the CHMA tournament once in its history in 2011. They were regular season champions that year and fell in the first round of the national tournament to Lindenwood. They declined to attend the national tournament in 2010.

Slippery Rock will face Duquesne at 2:20 PM on Saturday at Alpha Ice Complex. 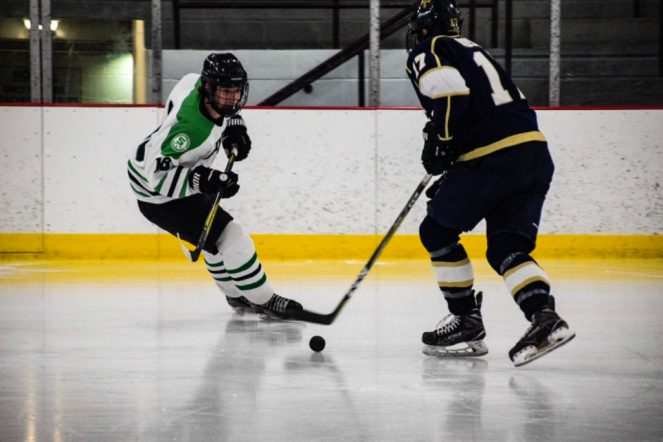 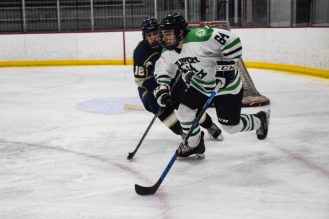 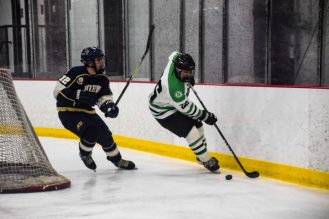 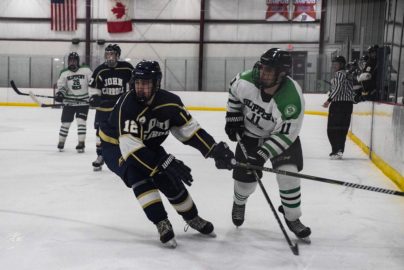 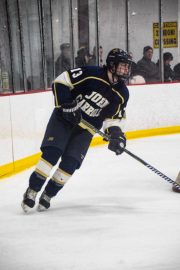 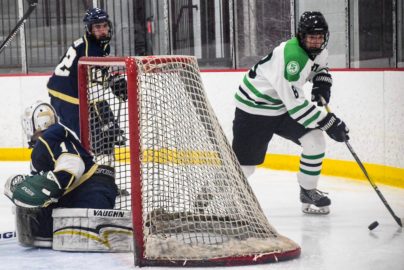 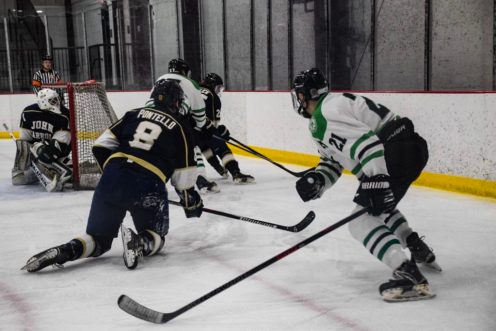 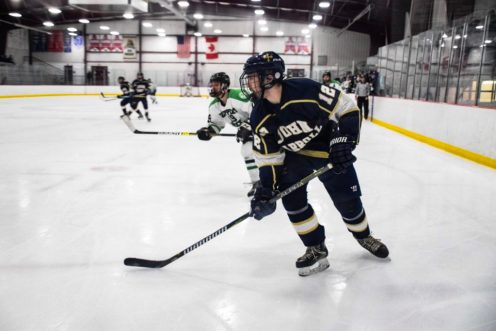