NEVILLE Twp., Pa. — The Robert Morris Colonials looked to be the third team to clinch a CHMA playoff spot with a victory over the West Virginia Mountaineers. WVU would not allow that to happen, spoiling the Colonials’ chance at clinching with a dominant 5-2 victory on Friday night at the Island Sports Center.

After a late first period goal for the Mountaineers by team points leader Eric Keefe, Robert Morris took a 2-1 lead in the second period off the sticks of Nathan Mickey and Andrew Hachmeister. Wyatt Murphy tied the game for West Virginia late in the period before Alex Evans scored his first of the season to give the Mountaineers a 3-2 lead.

West Virginia scored not one but two empty net goals in the third period to take the 5-2 win. They  denied Robert Morris the chance to clinch a playoff spot and, in the process, put themselves in a playoff position, jumping ahead of John Carroll (who lost earlier in the night in overtime to Duquesne) and Mercyhurst.

The Mountaineers will travel to play John Carroll on Saturday and the Colonials will face Pittsburgh at Alpha Ice Complex. 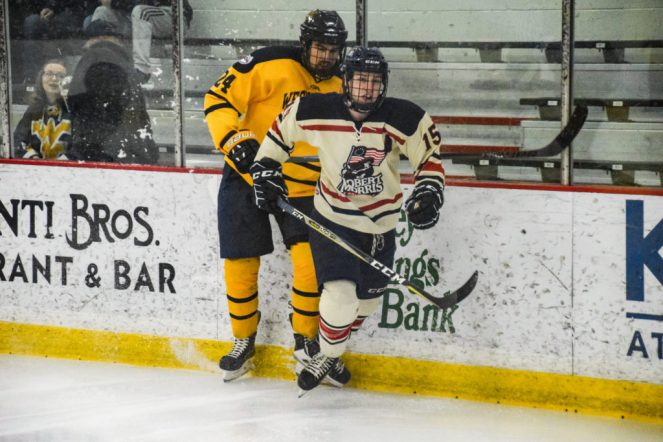 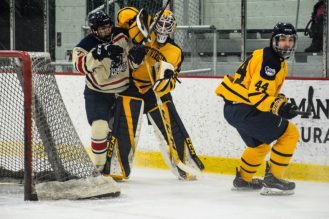 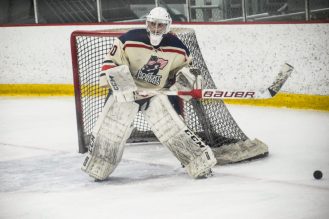 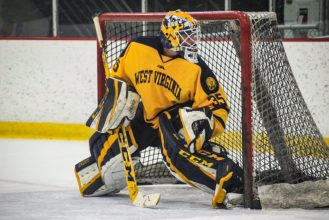 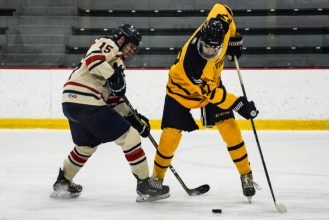 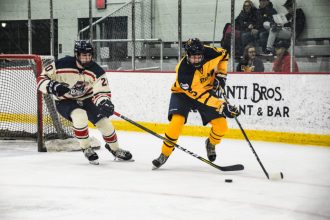 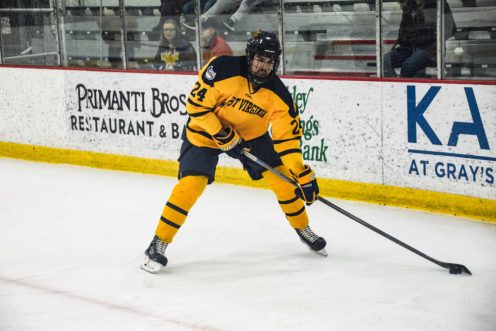 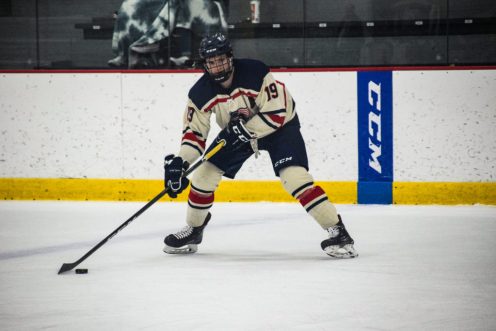 Weekend scores from around the CHMA: 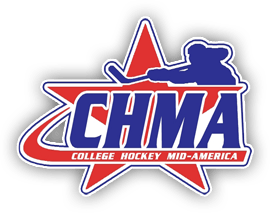