CECIL TWP., Pa. — The Avonworth Antelopes held off a Trinity rally to defeat the Hillers 5-3 Tuesday night at Printscape Arena, clinching a Class-B playoff berth in the process.

After Dax Kress scored on a 5-on-3 power play to give Trinity a 1-0 lead, Avonworth scored four straight goals to take a commanding 4-1 lead. Ryan Kennedy tied the game 1-1 with just under five minutes to play in the first while Antelopes goaltender Benjamin Korol stood one his head between the pipes.

Joshua Perry gave Avonworth their first lead of the game at 10:15 of the second period before teammate Dom Lodovico scored on a power play two minutes later to extend the lead to 3-1.

After Trinity killed nearly three minutes of penalty time to begin the third period, Alex Russell scored Avonworth’s fourth goal of the night at 3:23 of the period. It was then the Hillers’ turn to go on a scoring spree. Corey Blommel and Jake Snyder scored just over a minute apart in a rally attempt for Trinity, but the comeback bid fell short when Will Golgosky scored for Avonworth with under four minutes remaining to all but seal the 5-3 win.

Korol stopped 34 of 37 shots for Avonworth as the Antelopes improved to 8-3-1, with 17 points, clinching a Class-B playoff berth. Their next game will be on Monday, Jan. 27 as they host the Burrell Bucs at Baierl Ice Complex at 9 p.m.

Jon Chopp stopped 24 of 29 shots for Trinity as the Hillers fell to 5-10 with 10 points on the season, but still only sit two points out of playoff contention behind Connellsville, who has 12 points. Morgantown and Bishop Canevin have 11 and 10 points, respectively. The Hillers will have an extended break before they travel to Hess Ice Rink to play Wilmington on Monday, Feb. 3 at 7 p.m. 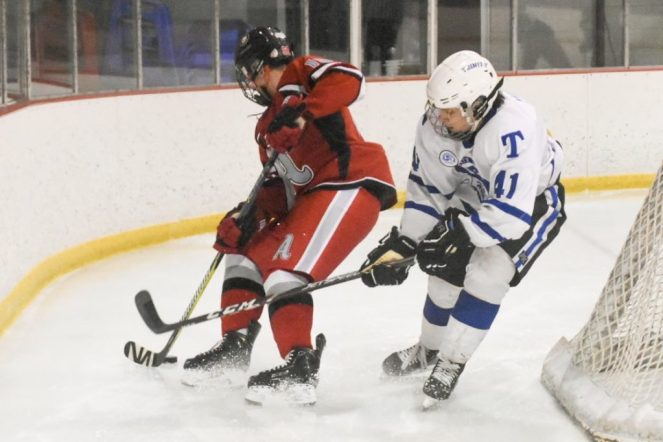 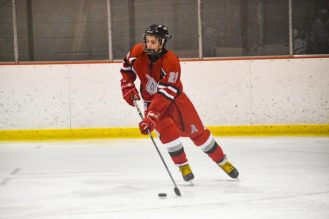 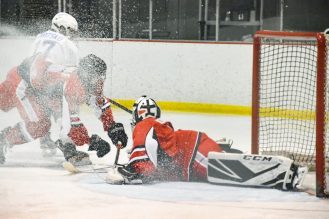 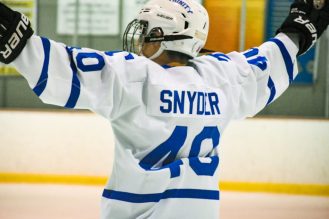 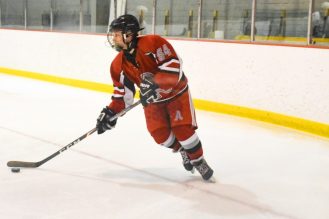 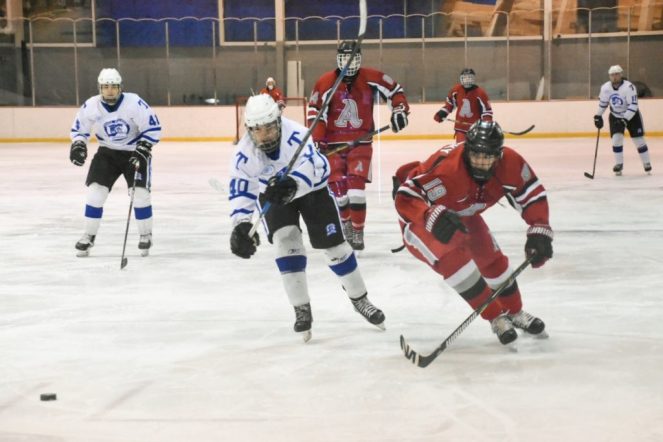 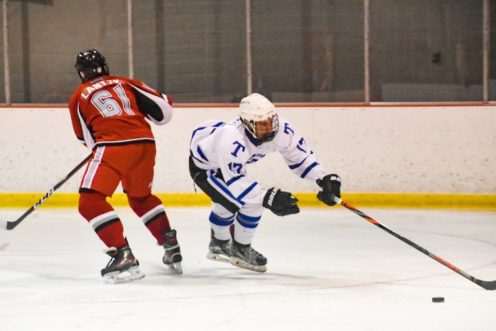 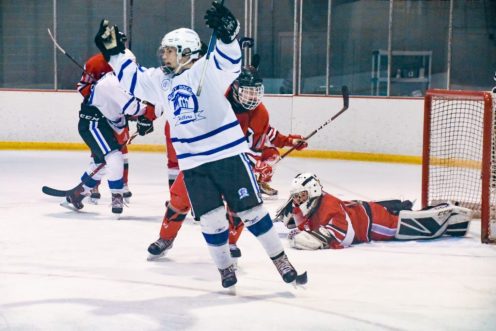 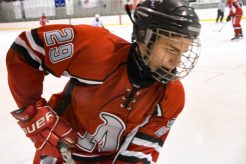 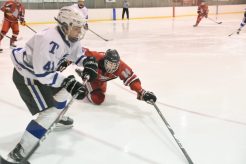 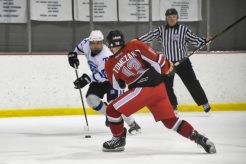 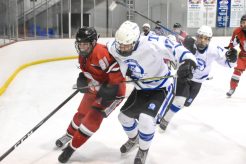