MT. LEBANON, Pa. — Canon-McMillan scored three goals in the third period to come from behind to defeat Mt. Lebanon, 5-3 on Monday at Mt. Lebanon Ice Center.

The Big Macs wore down the Mt. Lebanon defense in the early stages of the first period, but were unable to find the back of the net. Blue Devils goaltender Austin Martin made several key saves to keep the game scoreless. With 6:21 left in the first, Taron Prezel put a rebound into the back of the net after his Canon-McMillan teammate Christian Trottier fired a shot from the blue line and the Big Macs took a 1-0 lead.

Trottier scored one of his own on Canon-McMillan’s first power play opportunity of the game to extend the lead to 2-0 with just over two and a half minutes left in the period.

That’s when things went downhill for the Big Macs. After killing off a penalty and surviving several odd-man rushes in the second period, with Martin bailing them out each time, Mt. Lebanon scored three goals in two minutes to end the period and go up 3-2. Ryan Gates scored the first two and Feno Monaco added the go-ahead goal with 2:14 remaining in the second period.

That was all the scoring the Blue Devils could muster, though. Canon-McMillan scored the game-tying goal from Trottier at 4:41 of the third period and the game-winning goal from Levi Moser at 7:09, with Daniel Garver adding an empty-net insurance goal with a second remaining, to seal the 5-3 win. 35-31 MTL

Canon-McMillan improves to a record of 3-1 and will face Pittsburgh Central Catholic on Tuesday, Oct. 29 at 7 p.m. at Alpha Ice Complex. 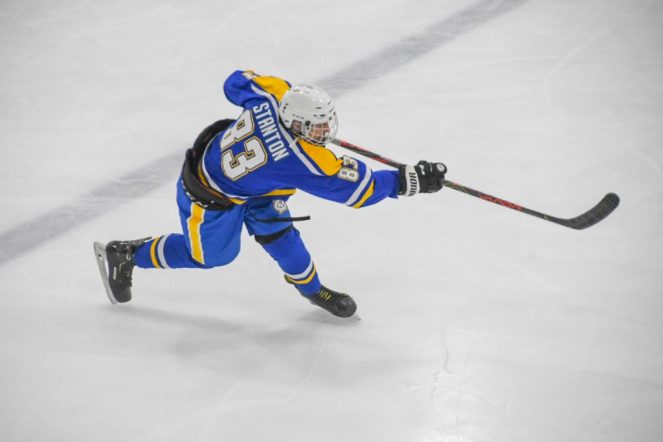 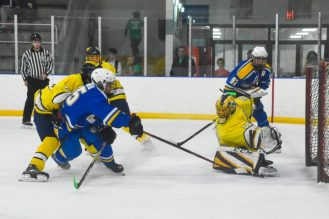 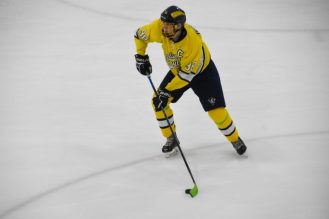 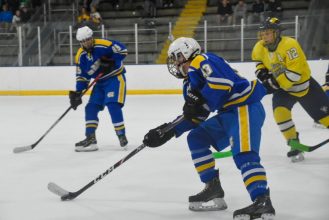 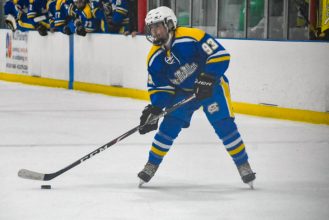 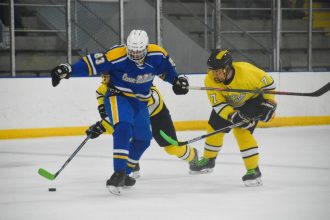 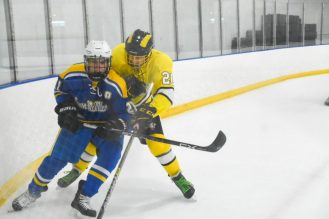 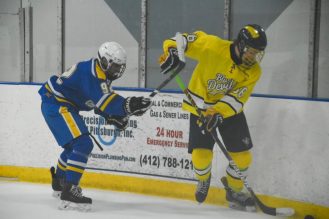 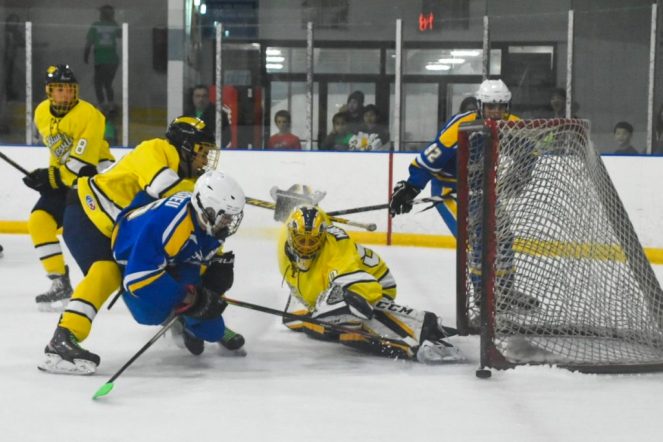 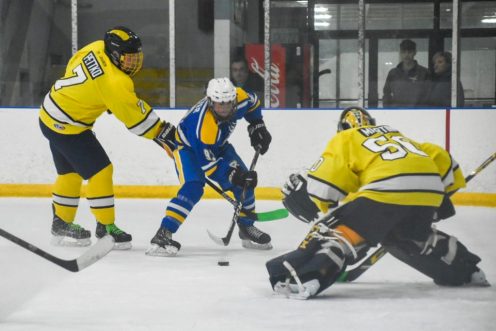 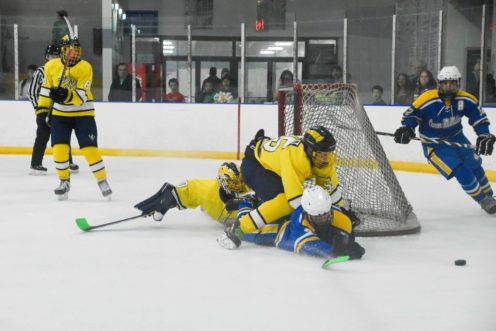 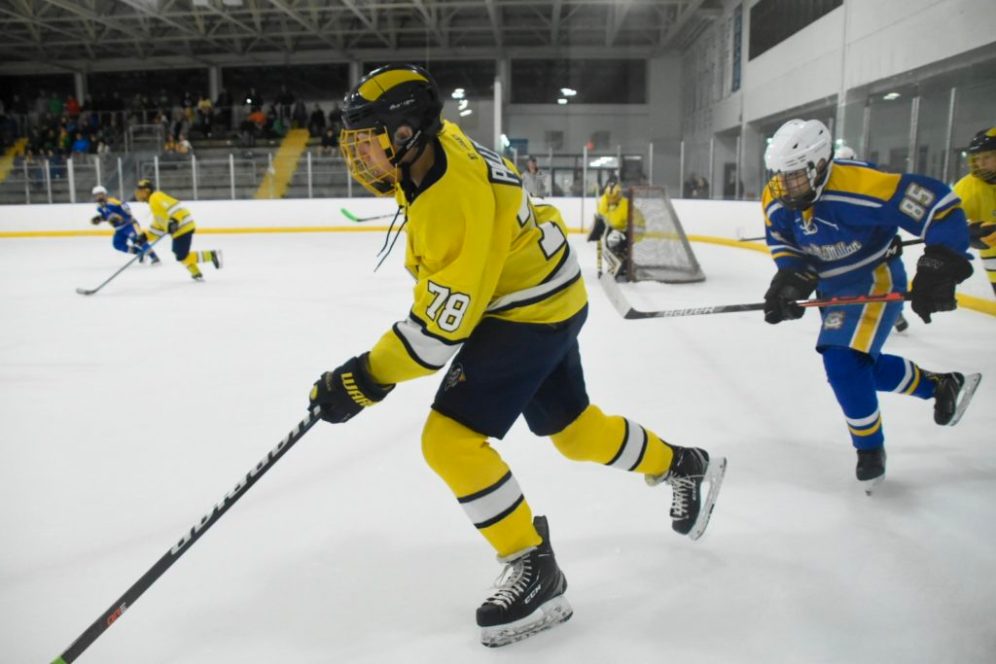