ROSTRAVER Twp., Pa. — All stories have a hero. For Cathedral Prep, Matt Loza was the hero as he gave the Ramblers their first and only lead of the game with less than three minutes to play as they defeated the Upper St. Clair Panthers, 5-3, Monday at Rostraver Ice Garden.

It was a back and forth contest in which the Ramblers played from behind for nearly the entire game. Each time Cathedral Prep tied the game, Upper St. Clair took the lead back.

It was the Panthers who broke through first. Aaron Stawiarski scored at the 9:40 mark of the first period to give Upper St. Clair the lead. Loza tied it just over a minute later for Cathedral Prep, but Mitch Geinzer gave the Panthers the advantage again less than a minute after that. Not to be outdone, Austin Faulkner tied the game again for the Ramblers on the power play, 2-2, with 1:57 left in the period.

Colin Ruffner scored the only goal of the second period by shoveling a puck past Cathedral Prep goaltender Cole Wisniewski at the 4:58 mark of the period. Upper St. Clair tightened up and took the 3-2 lead into the locker rooms.

In the third period, it was more of the same until Loza finally broke through on a 4-on-4 with 2:57 to play to give Cathedral Prep their first and only lead of the game.

Dominic Peterson raced a Panther defender stride for stride and put the empty net goal in as the horn sounded to seal the 5-3 Rambler win.

Upper St. Clair goaltender Aidan Gaussa made 13 saves on 17 shots in the loss, while his Cathedral Prep counterpart, Cole Wisniewski, stopped 31 out of 34 for the win. 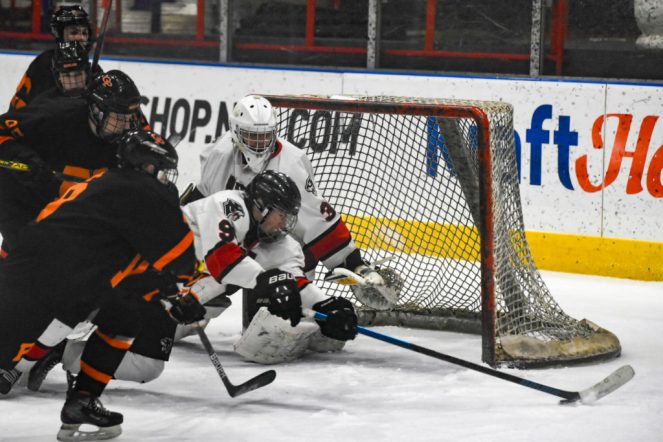 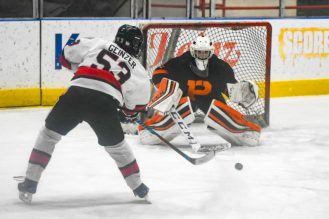 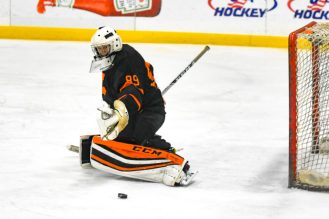 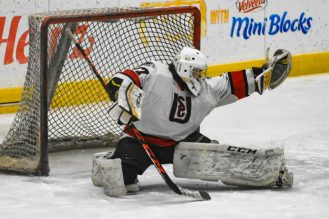 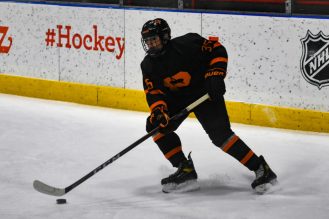 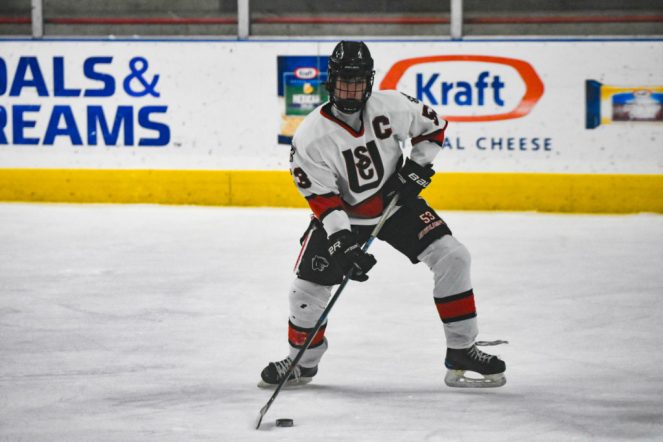 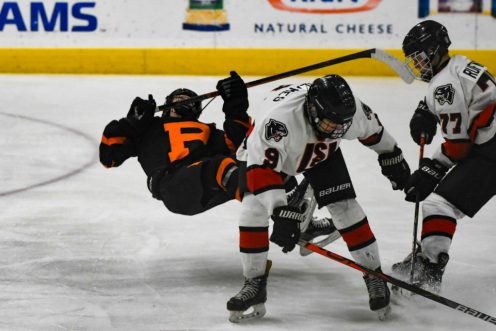 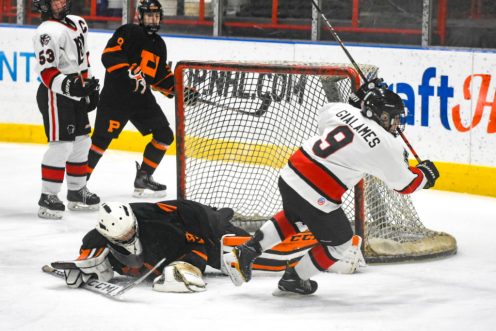