VALENCIA, PA — The Chatham Cougars defeated the Nazareth Golden Flyers 4-0 at Frozen Pond Arena on Saturday afternoon, the first time the Cougars swept the Golden Flyers on the ice after their first victory of the program at Nazareth on Friday. Ricardo Gonzalez stopped 38 shots for his third career shutout and first since January 26 2019.

The team benefited from scoring depth as three forwards and a defender registered their first goals of the season in the victory with Matt Mood, Chad Bell, Chris Lutz and Aiden Girduckis filling the back of the cage for Chatham.

The Cougars rode the ups and downs of momentum through the first and were rewarded at the 18:18 mark of the first period when the sophomore Mood fired a shot that rang off the crossbar and down. The Golden Flyers battled in the final minute of the period, but to no avail.

The second started fast and furious for both squads but it was Chatham that found the back of the net as senior Bell found the puck on his blade in the slot and fired it past Nazareth starter Gage Roberts at 1:37. Fellow classmate Lutz also was the beneficiary of being in the right place at the right time, finding a puck at the top of the crease and sliding it under the pads of the Golden Flyers net-minder for a power-play tally at 5:07 of the period.

Tensions were high in the final frame as a scrum in front ensued on a Chatham power-play that resulted in additional penalties on both sides. Aiden Girduckis scored midway through the period to extend the Cougars lead to four to close out the scoring. 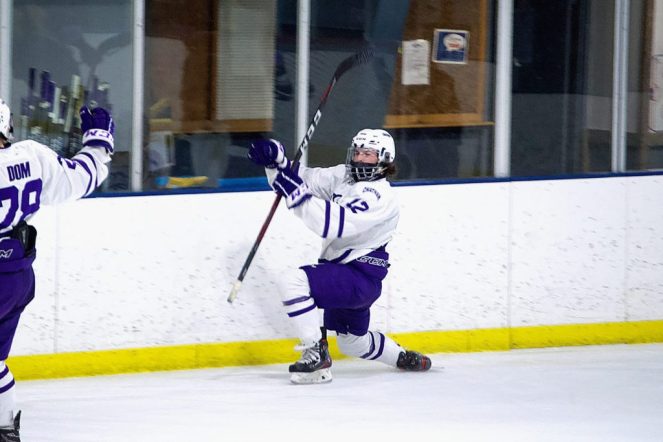 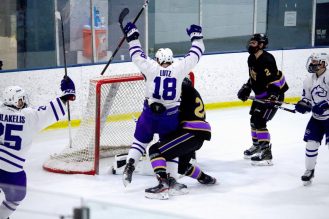 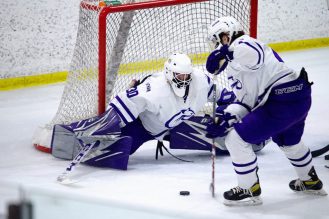 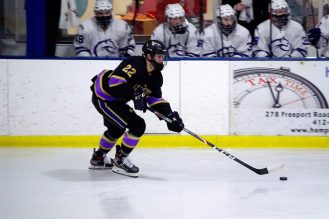 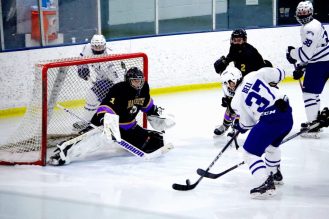 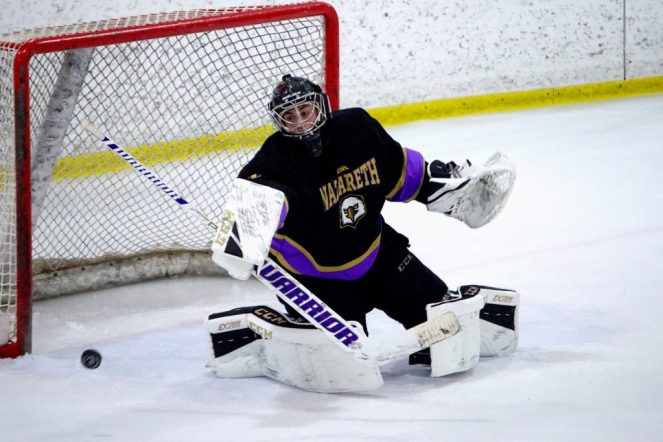 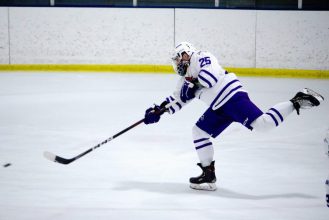 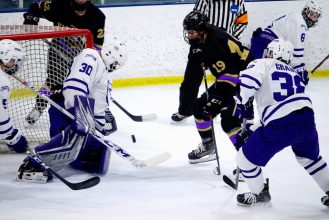 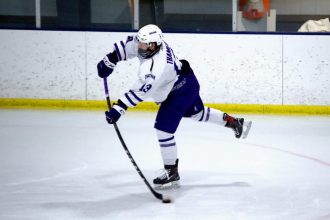 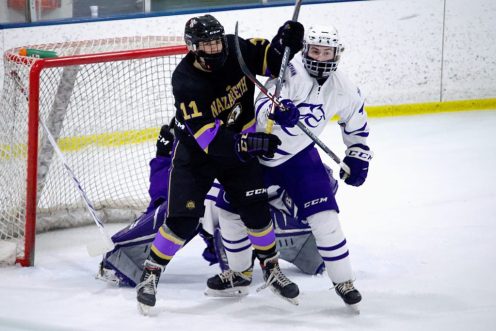 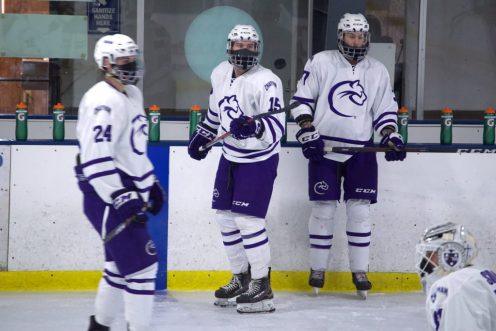 Chatham hosts Lebanon Valley at Frozen Pond Arena on Friday Mar 19 before heading to Maryland to face Stevenson on Saturday Mar 20. Both games face-off at 7:00p.m.

Nazareth plays a home-and-home with Utica on Friday and Saturday with both puck drops scheduled at 7:00p.m.