Rennie had a goal on Friday and three assists on Saturday. She is tied with linemate Jaycee Gebhard for the team lead with 13 points through eight games. Her nine assists and plus-3 rating are both tops on the team.

The three-point performance Saturday was a career high. Rennie now has a four-game point streak.

Robert Morris got one point from their weekend at Merrimack and is now 4-1-3 on the season.

• The Robert Morris women will host Mercyhurst this Friday and Saturday, as part of a pair of doubleheaders with the men’s team, which hosts Army.

• After receiving votes in the USCHO.com poll last week, the Colonials did not get any votes this week.

Prkusic, 19, is the captain of the Brooks Bandits of the Alberta Junior Hockey League, a Canadian Junior-A league. 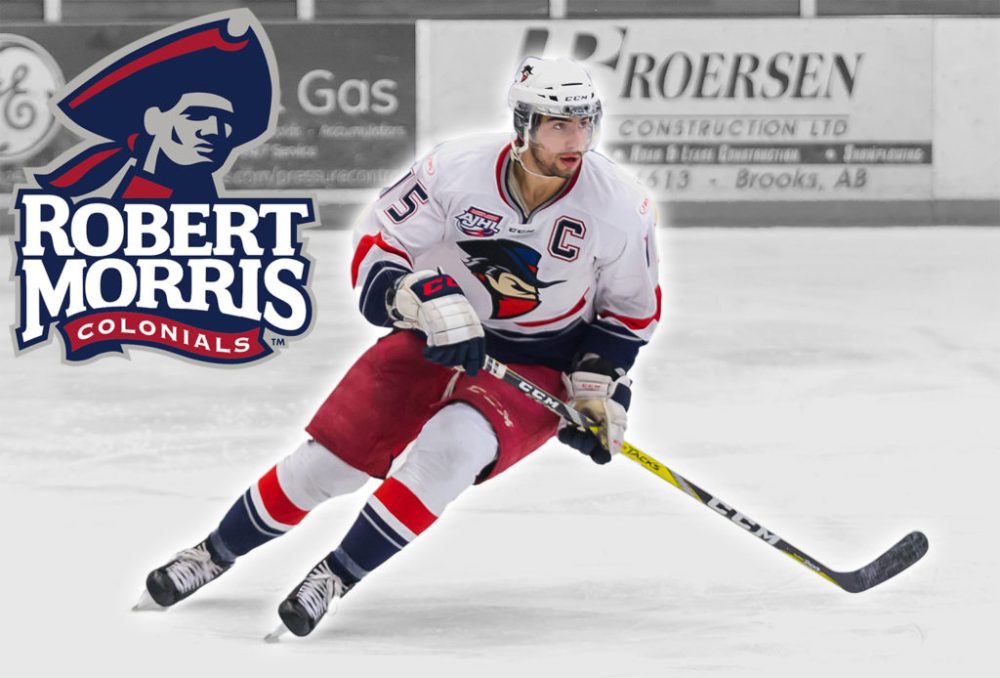 “We are very happy for Nick today,” Bandits head coach and general manager Ryan Papaioannou said in a press release. “He’s developed tremendously as a hockey player and has continued to be a great person since joining us 3 years ago.

“This opportunity is what he set out to create for himself and through his efforts it’s come to fruition.”

Per NCAA rules, the Robert Morris coaching staff is not permitted to discuss potential commits until they have signed a National Letter of Intent.