NEW KENSINGTON, PA — Allison Corser-James scored thrice in the final 25:05 of regulation to lead the Chatham Cougars from a 2-0 deficit en-route to a 4-2 win over Lebanon Valley on Friday night at Pittsburgh Ice Arena.

Lebanon Valley opened up a 1-0 lead on their only shot of the first 15:00 of clock time as Abby Radcliffe found a loose puck off of the left post and snuck it past a sprawling Lilly Rogers at 5:29 of the period. Chatham continued to batter Dutchmen starter Shelby Guinard through the remainder of the frame, but couldn’t solve the sophomore in the first.

A Victoria Scurto goal at 1:25 gave Lebanon Valley the two-goal lead early in the second but awoke a Chatham attack that became incresingly relentless as the period progressed with the Cougars finally breaking through late in the second. Corser-James continued her point-per-game rookie season by picking up a rebound to the right of Guinard and firing it home to cut the deficit to one at 14:55 of the second. The first-year tied the contest just shy of two minutes later in the same fashion, and it took just under a minute for sophomore Brooke Almond to give Chatham their first lead of the contest.

Corser-James scored her third on a break at 15:08 of the final period for her first career hat-trick.

Sydney Collins had assists on the first three Chatham goals giving her 40 points for her career while Corser-James added another helper to give her eleven points in seven games on the season. 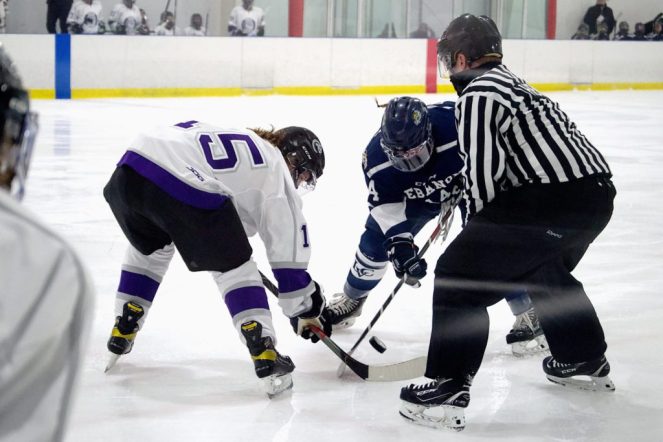 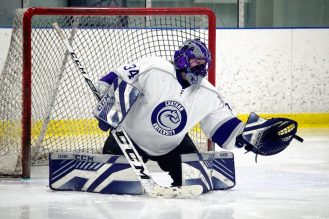 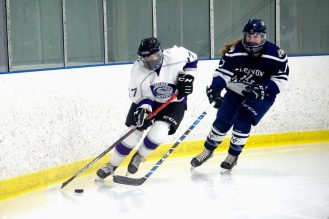 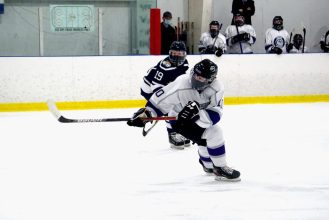 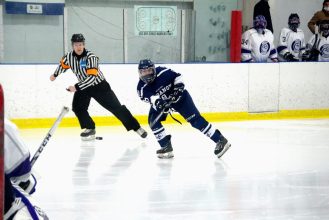 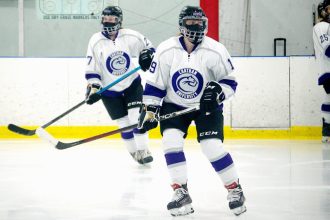 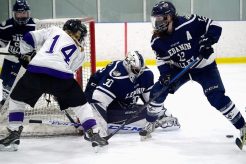 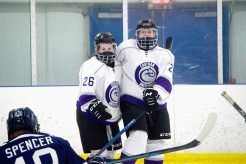 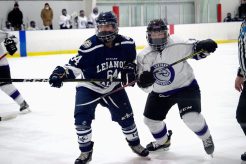 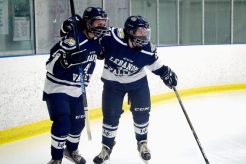 The squads head to Annville, PA for the UCHC rematch on Saturday at 5:00p.m.