CECIL TWP., Pa. — Evan Eberlein continued his torrid pace with two goals and an assist as Ringgold rolled over Trinity 6-2 at Printscape Arena on Tuesday night.

Eberlein started the Rams attack early, beating senior netminder Jon Chopp a mere :19 into the first frame. The senior followed up the effort with another goal at 9:16. Trinity bounced back as Corey Blommel fired a shot from along the goal line that bounced off the inside of Jerry Mease’s pad and through on a power-play. Hunter Suarez added his first of the campaign to give the Rams a 3-1 lead heading into the second on the top of the crease with nine seconds remaining.

Both teams found the net in the second, as Nathan Todd and Garrett Gellner bookended the period for their respective squads.

Captain Justin Day’s fourth of the season added the insurance goal for Ringgold at 4:03 of the third, while Todd added a second on an empty cage with just under two to play.

Eberlein has goals in seven consecutive games, with six coming in multi-point efforts.

Although there was an offensive outburst from the Hillers, Mease only faced 15 shots on the day. Jon Chopp stopped 27-of-32 that he faced in the loss. 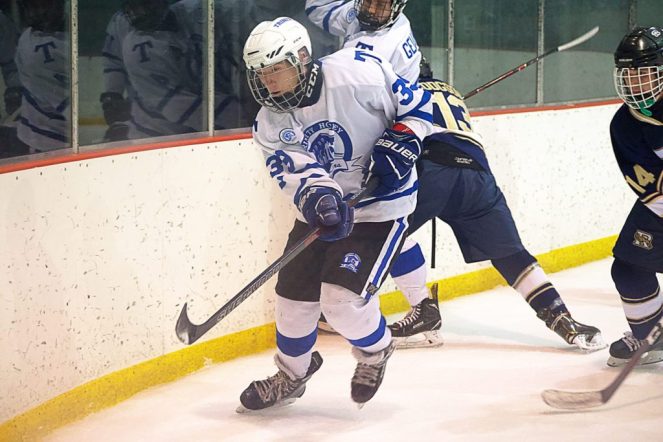 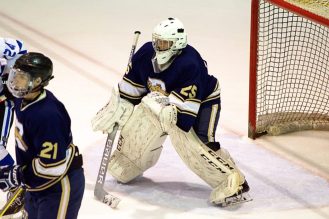 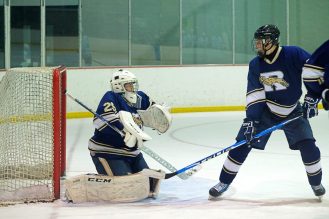 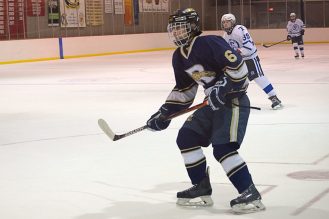 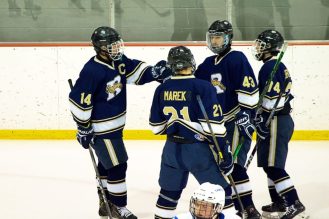 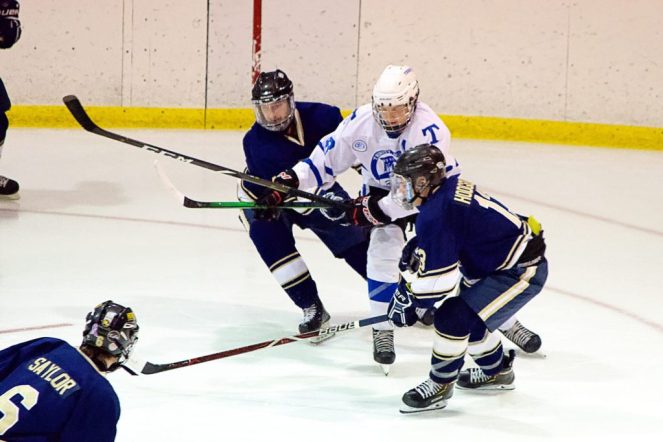 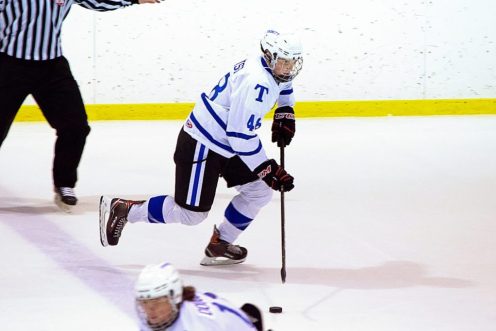 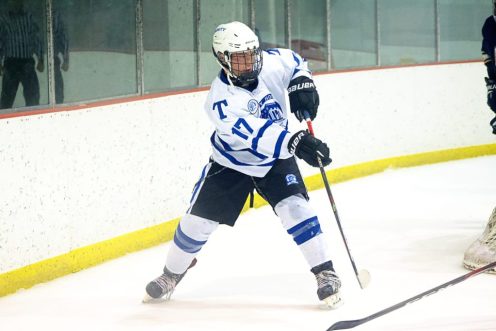