Emilie Harley started the rush from the Colonials defensive zone and shoveled a pass while getting hauled down by Alexa Vasko that Fiala tapped over Jenna Silvonen and in for the Colonials fifth conference win of the season.

Mercyhurst opened up the scoring in the first as first-year Grace Nelles fired a pass cross-crease that found fellow rookie Sara Boucher, and the winger tapped it in past Raygan Kirk for her first career goal at 15:18. The two teams picked up the physicality the remainder of the period, exchanging odd-player breaks and golden opportunities throughout.

The Lakers were able to capitalize on a Maggie Burbidge interference call – which happened to be the first penalty of the match- and a bounce to captain Vasko ended up behind Kirk to extend the lead to 2-0 at 6:15 of the second frame. Robert Morris responded en haste as sophomore Marah Wagner’s bullet of a shot rang off the post and in at 7:44, followed 1:12 later by Emily Curlett’s shot from the circle that beat Silvonen.

The two teams tightened down the remainder of the period and as the physicallity rose the penalties began to pile up. Lexi Templeman was assessed a five minute major and game misconduct for head contact at 14:59 of the period, but the penalty would be for naught as the Lakers took two consecutive minors to effectively make it a four-minute four-on-four.

Neither team could break through in the final regulation frame, exchanging opportunities and the goaltenders key saves, and the first 60 minutes ended at a 2-2 stalemate before heading to the extra period.

With the win the Colonials move to 5-2-1 in conference play with a trip to snowy Syracuse on tap for next weekend.

Kirk was the first Colonials goaltender to make a back-to-back start on the 2020-21 season, as the squad had been consistently starting her and junior Arielle DeSmet in those games.

“I’m always excited and honoured to get the chance to play,” Kirk said. “After the tie last night and remembering the tough loss last year against them in the finals I really wanted to help my team and get the win. Every game matters in terms of points with a shorter season this year.”

The plan to start Kirk on consecutive nights was a reward of sorts from the coaching staff, who saw what she did the previous night in Erie. 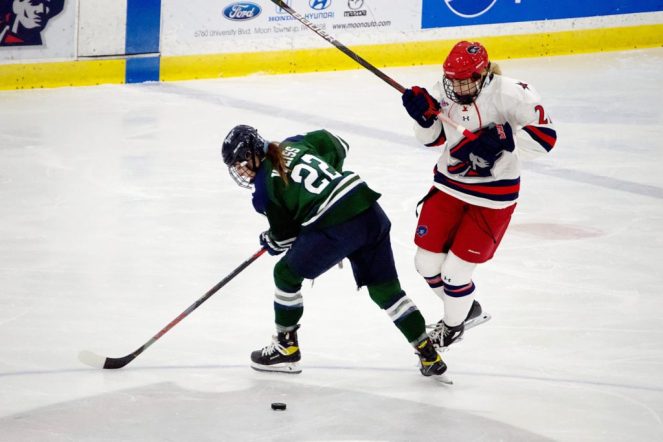 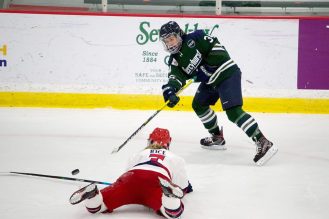 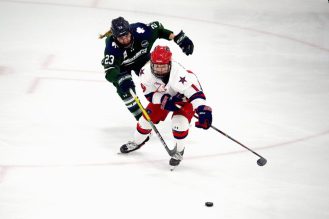 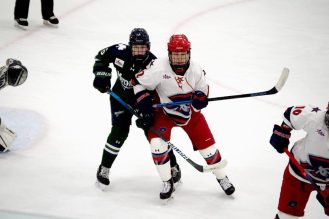 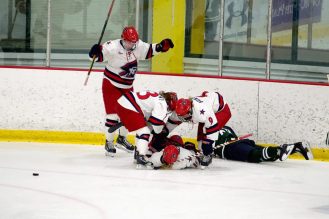 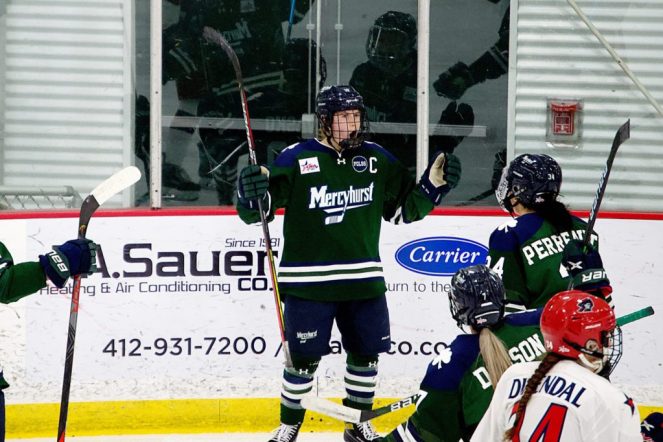 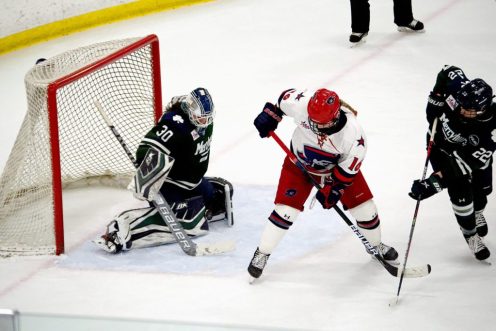 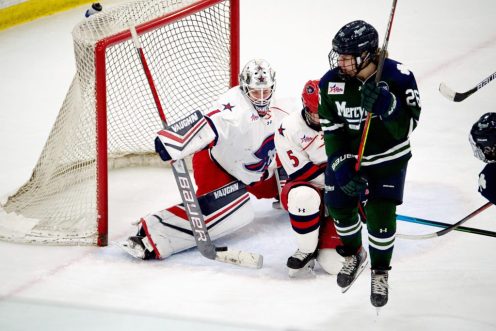