Ben Yurko, middle, celebrates with teammate after scoring his second goal of the night for Franklin Regional in their 6-3 win over Armstrong. (Images by Jared Todhunter)

The Panthers opened the scoring early off the stick Matty Knizner just 45 seconds into the first period.

While the game remained close it was Ben Yurko who helped the Panthers survive a fast and physical River Hawks team. Yurko was created with the game winning goal on his way to a hat-trick that included an empty net goal from Franklin Regional’s defensive zone.

Ethan Prugh tied the game midway through the first period for Armstrong, while Maddox Rearic came out flying in the third to help his team get within reach of a comeback before Yurko and company took command. Maddox netted back-to-back goals in an 18 second time frame early in the final period.

Luke Lavrich and Jake Rettger also scored for the Panthers.

Starting in net for Franklin Regional was Nolan Shilling who finished the night stopping 28-of-31 shots on net. Opposite of him was Gavin Grafton for Armstrong. Grafton ended the contest stopping 23-of-29 shots on net.

Franklin Regional celebrated Senior Night before the game by paying tribute to Joey Borgia, Jake Rettger and Gunner Fulton. (Fulton did not play due to injury) 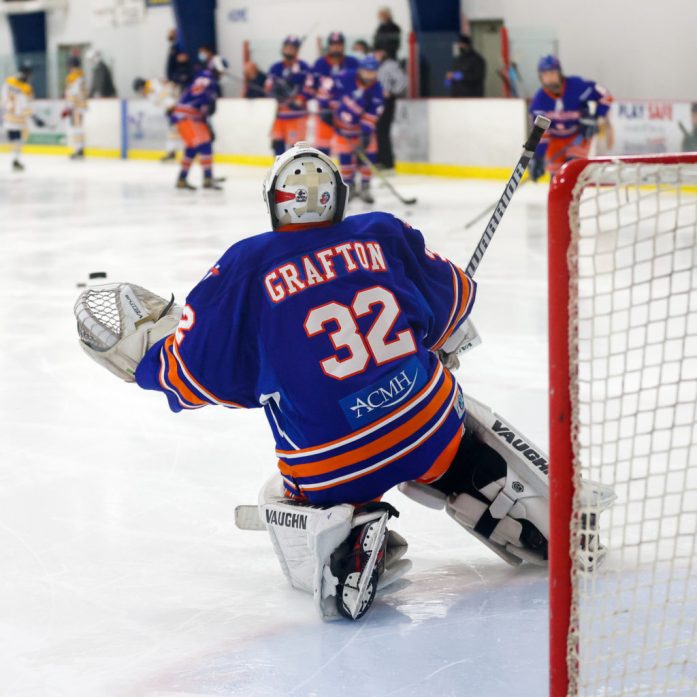 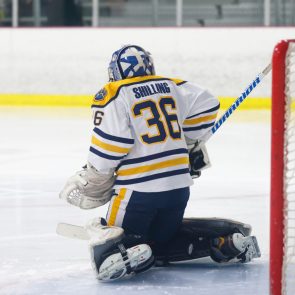 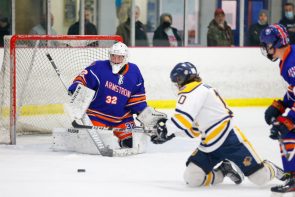 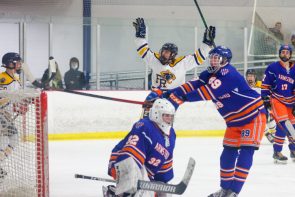 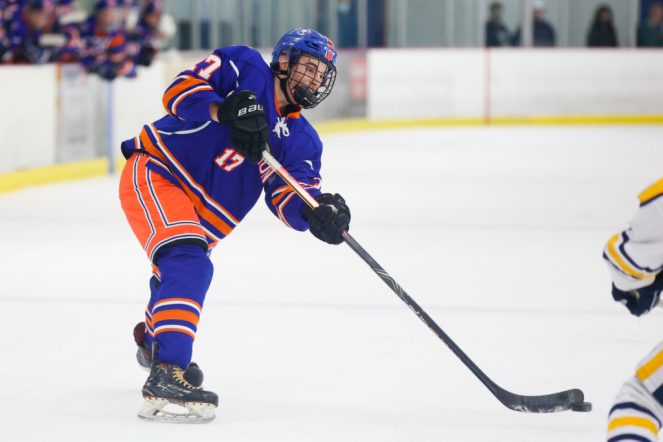 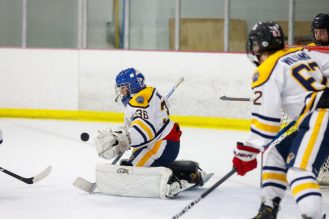 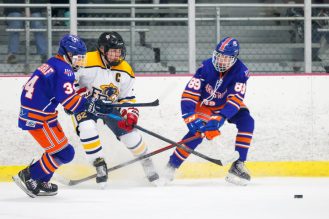 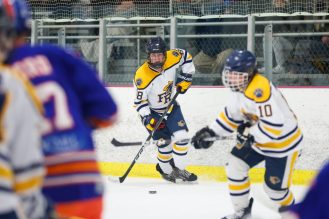 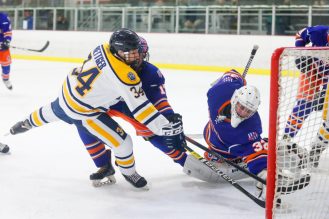 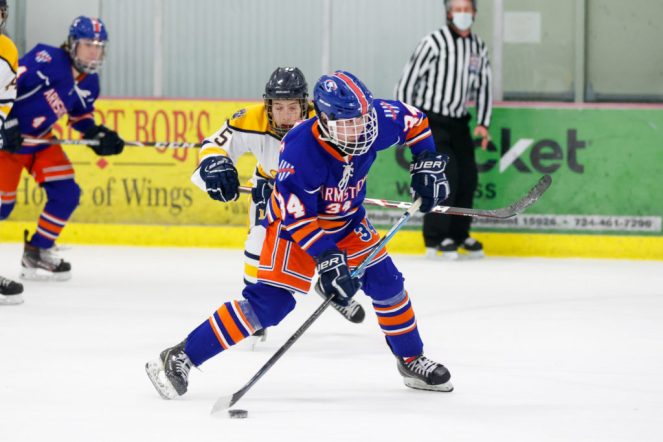 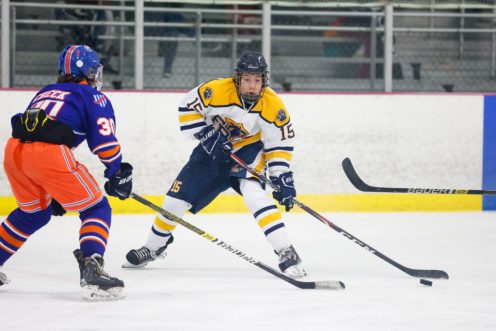 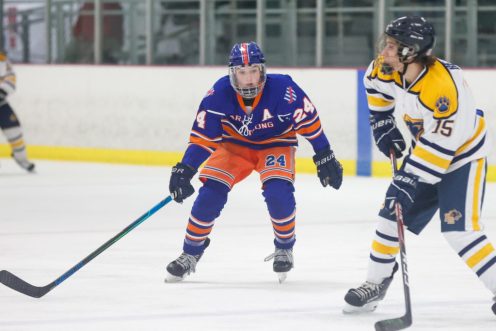 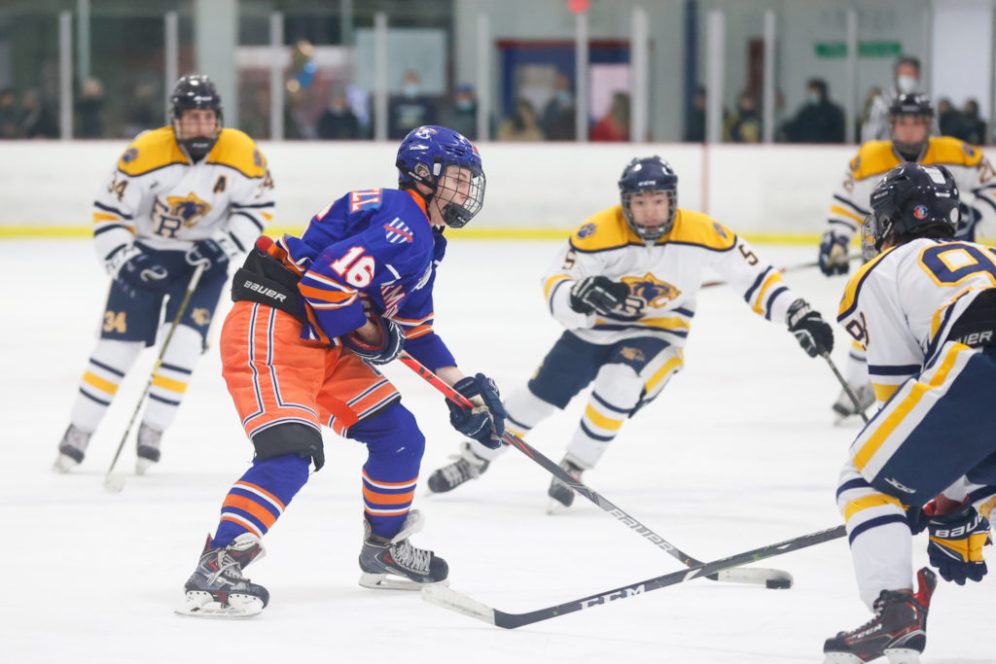 Armstrong will have a quicker turnaround as they head back to the Belmont Sports Complex in East Franklin TWP. when the Greater Latrobe Wildcats visit on Thursday, March 4th, at 9 pm.