CRANBERRY TWP., Pa – The Slippery Rock Pride took down the John Carroll Blue Streaks 3-2 Friday night at UPMC Lemieux Sports Complex thanks to a hat trick from Trevor Gilliland as the Pride’s top line took over the game.

Gilliland opened the performance just under six minutes into the first when he completed a game of tic-tac-toe with Jamie Mauro and Nate Mettenburg and buried a puck past Blue Streaks goaltender Ryan Kostelnik.

It was early in the third period when Gilliland performed an encore. He scored 3:40 into the period to tie the game 2-2, again from Mauro and Mettenburg, and then added the game winner at 11:35 to give Slippery Rock the 3-2 victory. 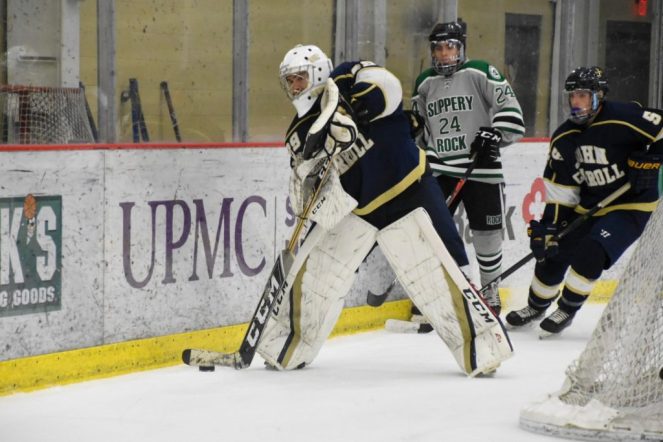 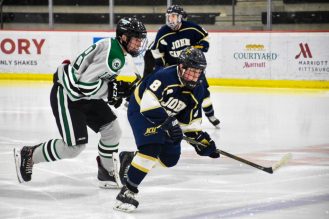 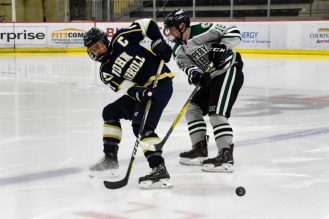 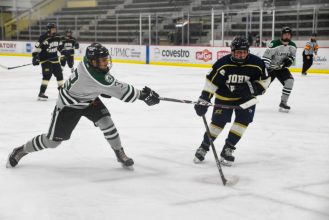 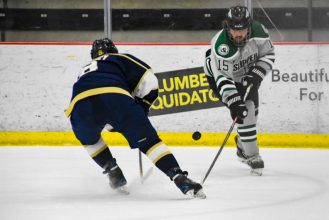 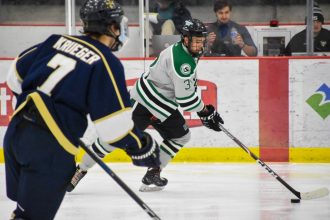 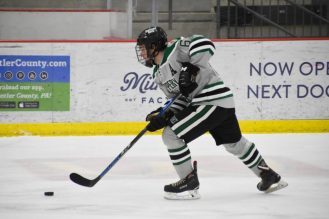 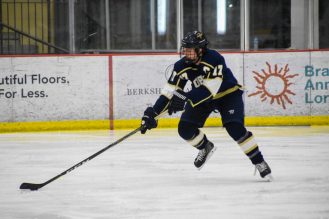 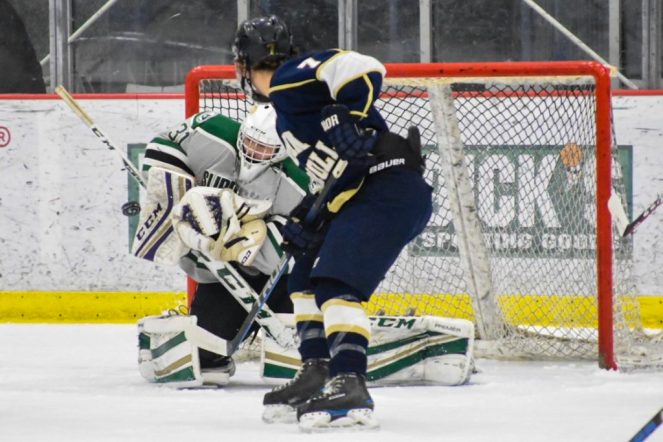 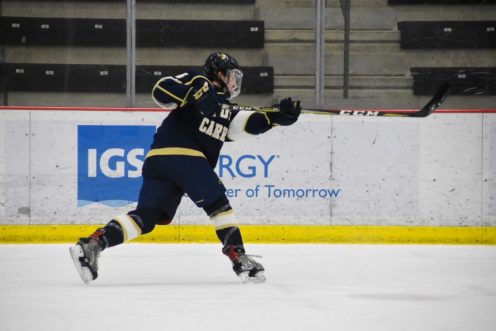 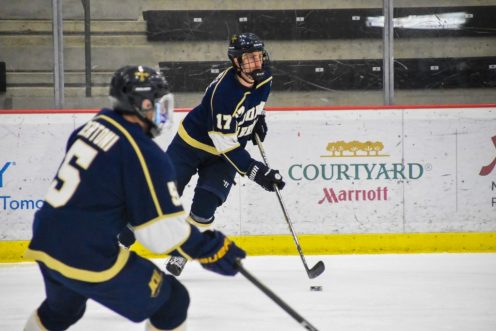 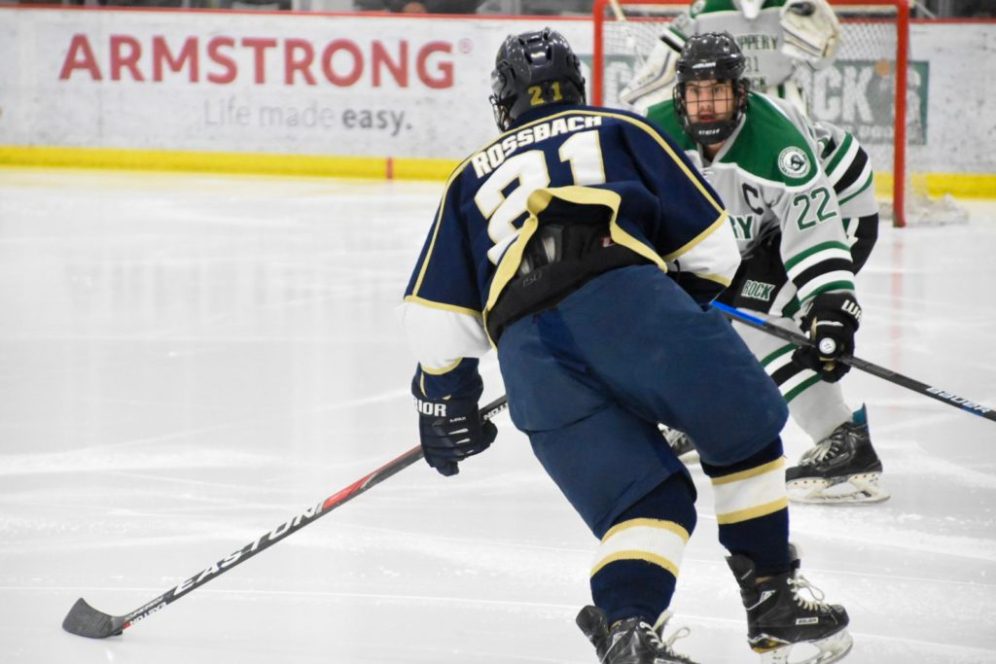