SALEM TWP., Pa. — The Hempfield Spartans and Penn-Trafford Warriors battled until the end, but it was the Spartans who came away with the 10-7 victory over the Warriors Monday night at Center Ice Arena, using four Matt Traczynski goals in the process.

Hempfield got on the board early off the stick of Trent Gray at 1:11 of the first period to take the first lead. Matt Traczynski followed up to give the Spartans a two goal lead just over four minutes later. The rest of the period was all Penn-Trafford. At 7:18, Brandon Grkman cut the lead in half for the Warriors before Ryan Crombie, Steven Fennel, and Bennett Dupilka all scored in 55 seconds to give Penn-Trafford a 4-2 lead heading into the first break.

Gray blasted a shot from the red line, which went untouched into the back of the net, to open the second period just eight seconds in. AJ Crivello tied things up for the Spartans before Christian Konieczka gave Hempfield the lead once again. The Warriors showed they were not going anywhere without a fight as Ryan Mickey tied the game again for Penn-Trafford, 5-5. The Spartans answered quickly off the stick of Jacob Holtzman just under 90 seconds later to give the Spartans the last lead change of the night. Nichloas Bruno and Traczynski added on to the Spartans total in the second period. Mickey also recorded his second goal of the night for Penn-Trafford.

The final period was much quieter than the first two as it took almost the entire period before the next goal. That moment came at 14:22 when Traczynski finished a hat trick performance. Penn-Trafford’s Steven Fennel found the back of the net to trim the lead to 9-7 just over 30 seconds later, but Traczynski topped his hat trick with an empty net insurance goal at 16:47 to seal the 10-7 win for Hempfield.

Interesting to note, and something that is not seen often, was that each team’s starting goaltender was replaced by their respective backups.

Starting in goal for Hempfield was Matthew Overdorff. Overdorff ended his night stopping 8 of 12 shots on goal and allowing three goals in less than a minute. His replacement, Joe Behler, started the second period and finished the game for Hempfield, stopping 14 of 17.

Mason Smith started in goal for Penn-Trafford, but was also replaced after allowing three goals to open the second period. Smith stopped 12 of 17 shots before his replacement, Jackson Kerrigan, stepped in between the pipes at just over the five minute mark of the second period. Kerrigan finished his night stopping 7 of 11 shots on goal. 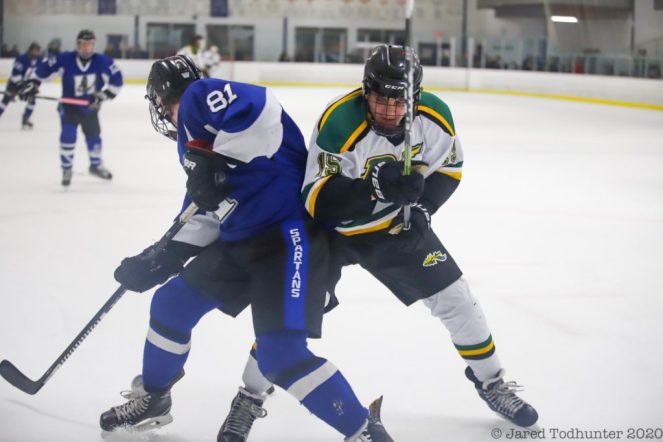 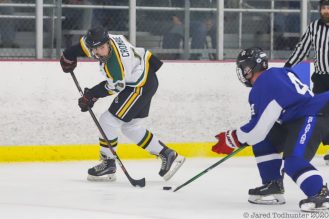 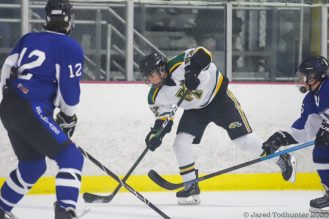 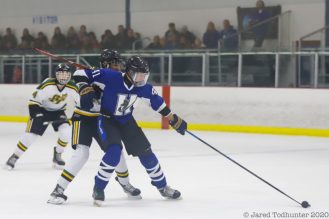 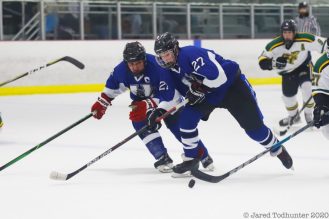 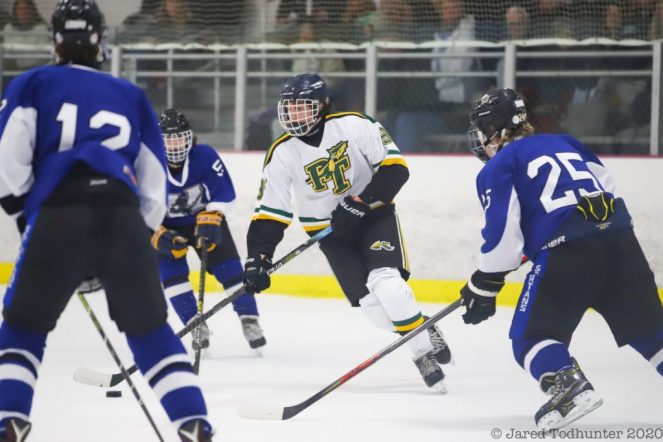 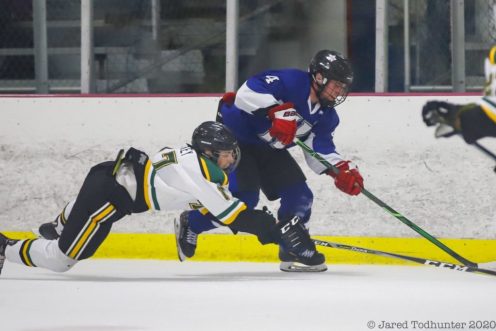 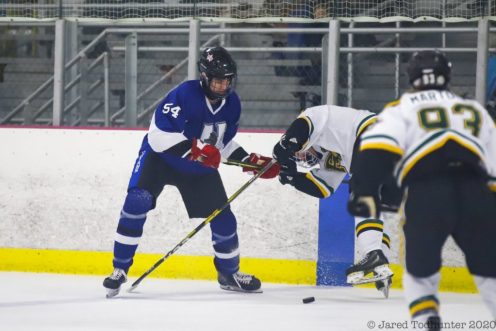 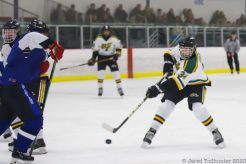 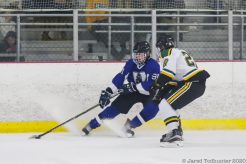 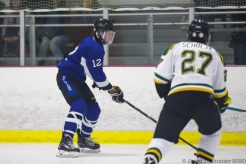 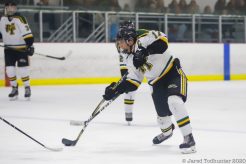 With the win, Hempfield draws even with the Franklin Regional Panthers for the last playoff spot in the Southeast. Both teams have one game remaining on the season.

With the loss, Penn-Trafford was eliminated from postseason contention.

Penn-Trafford will finish their regular season as they host the Montour Spartans at 7:20 p.m. on Monday, Feb. 24, 2020 at Center Ice Arena.

Hempfield will end the regular season on the road at Frozen Pond Arena on Monday, Feb. 24 against the Hampton Talbots at 9:10 p.m.