NEW KENSINGTON, Pa.– The Hempfield Spartans showed a complete team effort with 10 skaters earning at least one point each in their 9-2 win over the Plum Mustangs Monday night at Pittsburgh Ice Arena.

In the waning minutes of the first period, Zach Ridilla gave Hempfield their first lead of the game.

Plum tried to keep pace with the Spartans when Nic McMasters evened the score at 8:36 of the second period. The tie didn’t last long as the Spartans exploded, scoring three goals within 25 seconds from Zach Ridilla and twice from Matt Traczynski.

Hempfield continued their momentum early in the final period, getting goals from Christian Konieczka, Jacob Holtzman, and Caden Spehar in the first 2:17 of the period. Ridilla completed his hat trick for the Spartans at 4:14 of the period.

Dan Baranowski got one back for the Mustangs at the 7:19 mark, but it was too little, too late for Plum.

Trent Gray finished the scoring for Hempfield with 4:36 remaining to secure the 9-2 victory.

Sam Pine started in net for Plum, stopping 37 of 42 shots before being replaced by Joe Miller, who ended the night stopping 1 of 5 shots on goal.

Matthew Overdorff got the start for Hempfield. He stopped 17 of 19 shots before an equipment malfunction forced an early exit. He was replaced by Joe Behler with less than three minutes remaining in the game. Behler stopped all three shots he faced.

Hempfield improved to 6-4 and will end the first half of the season at home at Kirk S. Nevin Arena on Thursday, Dec 12 against division rival Penn-Trafford at 9:15 p.m. 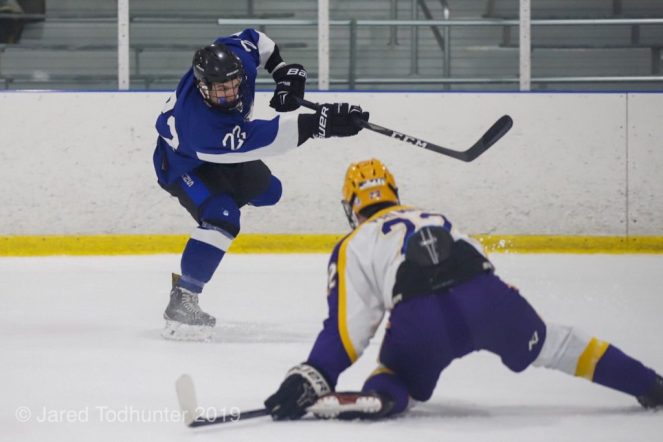 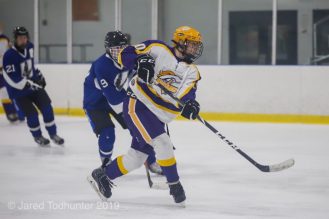 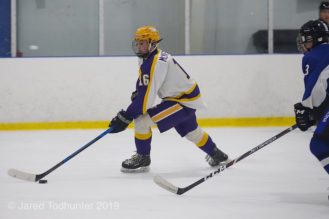 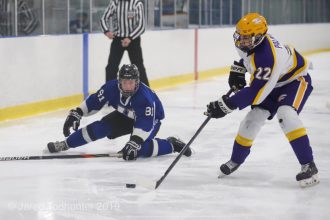 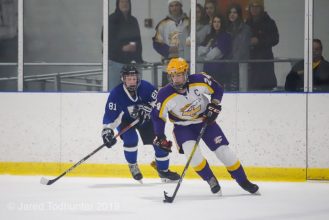 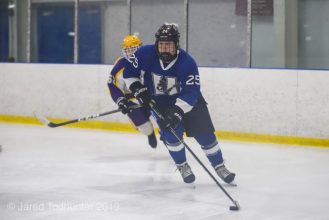 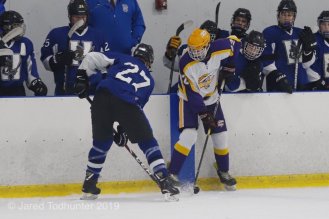 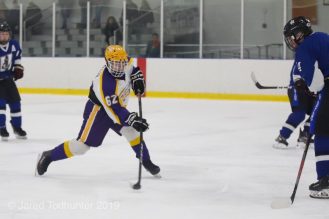 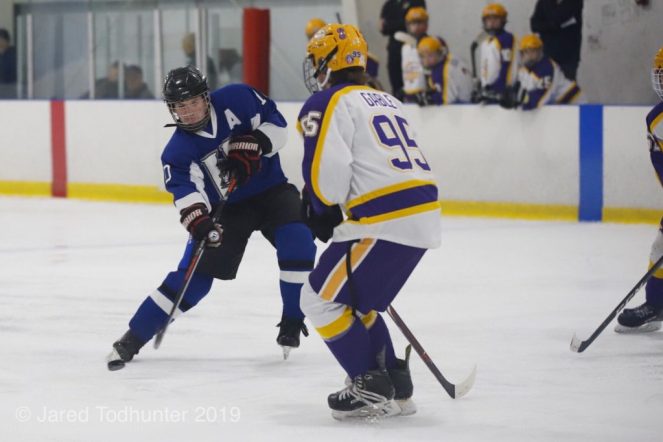 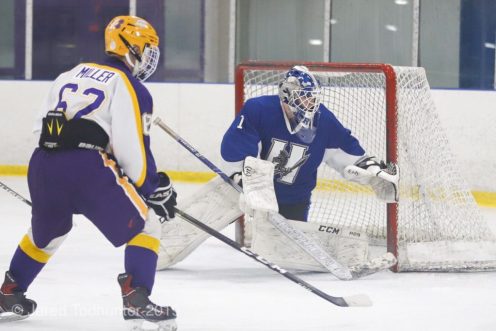 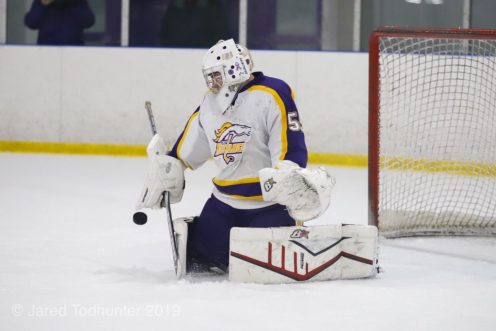 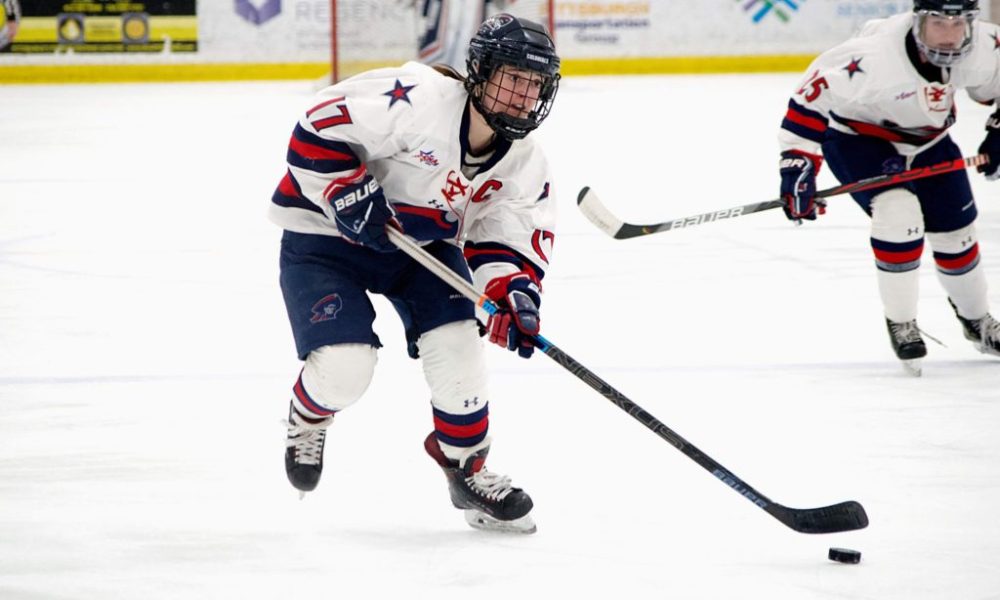 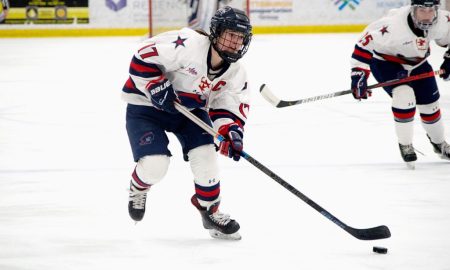 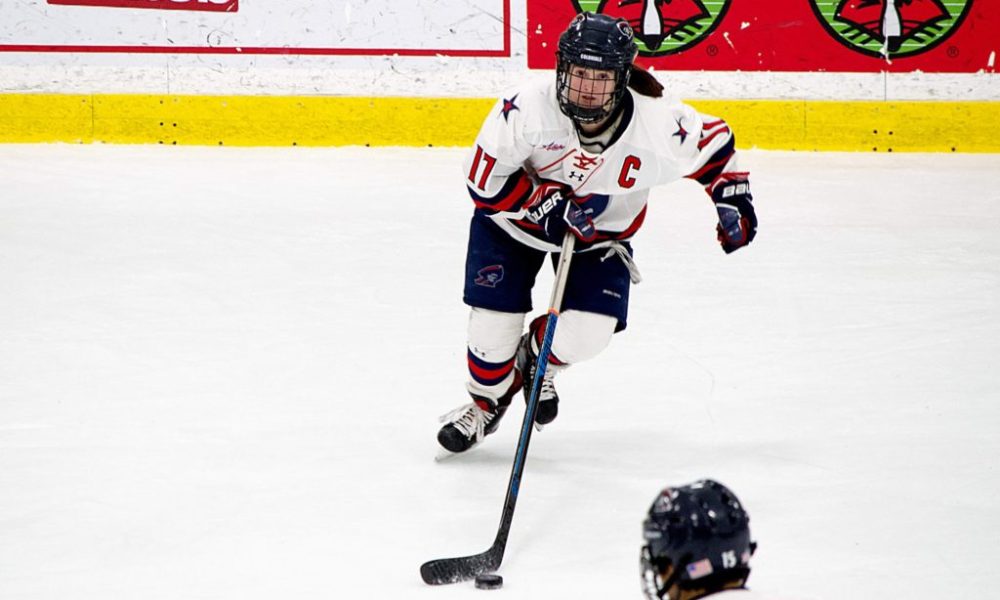 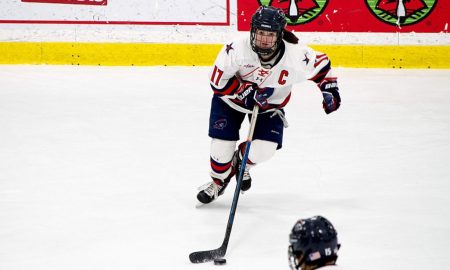 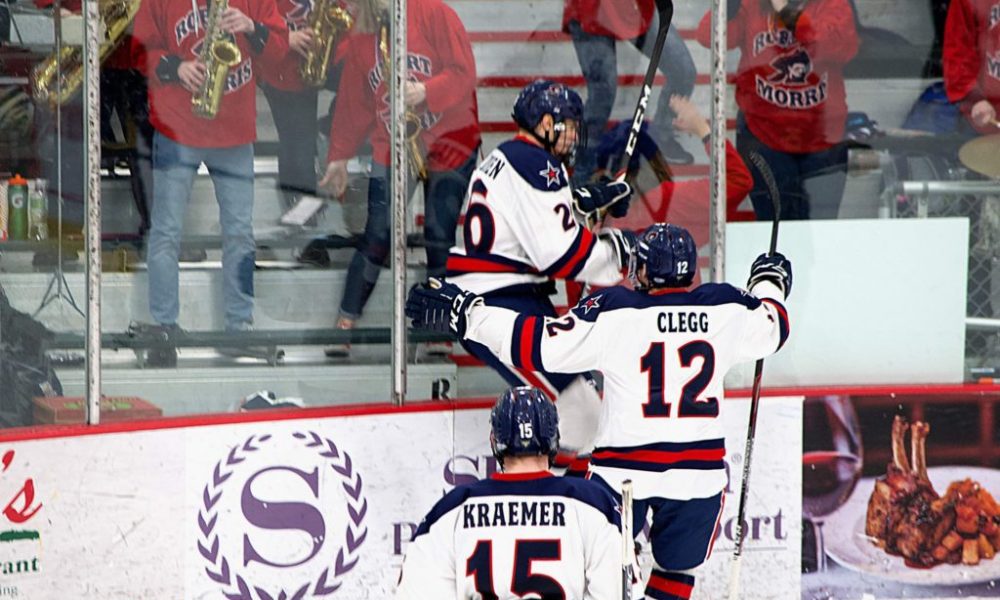 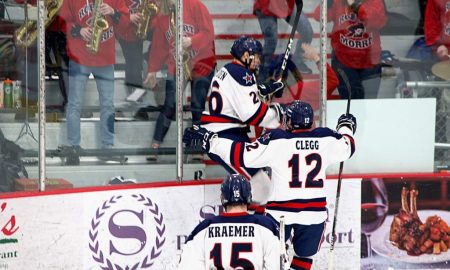