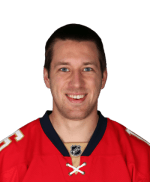 Former Robert Morris forward Zac Lynch was sent down from the AHL’s Springfield Thunderbirds to the ECHL’s Manchester Monarchs on Jan. 14. Since then, he’s played in five games and has five goals, four assists and a plus-11 rating. Included in the outburst was his first professional two-goal game against Adirondack Jan. 16.

In total, the Shaler and RMU alum has points in nine straight ECHL games and is fifth on the team in goals scored despite playing in just 16 of Manchester’s 39 games. He has also has one goal in five AHL games this season. Lynch finished his Colonials career in 2016 as the school’s all-time leading scorer with 157 total points.

Anaheim Ducks goaltender John Gibson won both of his starts while allowing just one goal each against the Tampa Bay Lighting Jan. 17 and the Colorado Avalanche Jan. 19. Gibson stopped 48 of 50 shots against for a .960 save percentage. He’s now won four consecutive starts dating back to Jan. 10.

Tucson Roadrunners forward Henrik Samuelsson returned to the lineup after nearly a two-month absence on Jan. 10. After a quiet start, he found the scoresheet this week with a goal, an assist and a plus-3 rating in four games. Henrik is the son of former Penguins defenseman Ulf Samuelsson. … Providence Bruins defenseman Matt Bartkowski (Mt. Lebanon) had two assists and was a plus-2 against Rochester Jan. 20.

Wheeling forward Cody Wydo (Robert Morris) had four points in two games this week, recording back-to-back two-point nights Jan. 20 and 21. In the second game of the weekend, Wydo potted the game-winner as Wheeling earned a 2-1 win at Reading.

Florida Everblades defenseman Alexander Kuqali had three assists and a plus-5 rating in two games. His teammate and fellow defenseman Chase Golightly (Robert Morris) also picked up an assist this week.

Indy Fuel goaltender Jake Hildebrand recorded his third shutout of the season and set a new career high for saves with a 46-save effort Jan 21. against Cincinnati. … Former Robert Morris forward David Friedmann was traded to Wichita earlier this month and he finally fond the back of the net with his new squad, scoring his eighth goal of the season and first with the Thunder Jan. 21. … Atlanta Gladiators forward Tyler Murovich (Mt. Lebanon) and South Carolina forward Dylan Margonari each scored a goal.

Knoxville defenseman John Rey (Robert Morris) has been filling up the scoresheet. After scoring a goal Jan. 20, he assisted on all four Ice Bears goals in a 4-0 victory over Macon Jan. 21. Rey now has eight points in nine games since turning professional and is second on the team in scoring amounts defensemen.

Defenseman Travis Jeke is back in Knoxville after a long ECHL stint. In his first game back, he assisted Rey’s goal on Jan. 20. … Last week’s player of the week Jeff Jones continued his hot streak with a two-goal, three-point night against Evansville Jan. 22. … Fayetteville FireAntz forward Joe Harcharik had a goal and an assist against Pensacola Jan 21. … Roanoke Rail Yard Dawgz forward Zach Tatrn had three points in three games last weekend. He now has four points in six games since being called up from the Federal League.

Brampton Thunder (CWHL) forward Rebecca Vint had two goals and two assists for a four-point weekend at Boston, including a three-point game Jan. 21. Vint now has points in four consecutive games, with six points and a plus-8 rating in that span. Vint is a former captain of the Robert Morris women’s team and graduated in 2015.

Ohio State forward Luke Stork (Upper St. Clair) had a goal and an assists as the Buckeyes knocked off No. 1 Penn State, 6-3, on Jan. 21. … Yale forward Andrew Gaus had a goal and an assist at Dartmouth Han. 20, his first collegiate two-point game.. … Mercyhurst goaltender Colin DeAugustine (Pens Elite) stopped 33 of 36 shots in a 3-3 tie with Holy Cross Jan. 21.

USHL: Cedar Rapids forward Jordan Timmons (South Fayette) had a goal and an assist against the U.S. National Team Jan. 20.

NAHL: In a two-game series against New Jersey, Johnstown Tomahawks forward Tommy Horn (Mt. Lebanon) had a goal, four assist and a plus-5 rating and Logan Stork had two goals, an assist and was a plus-4.