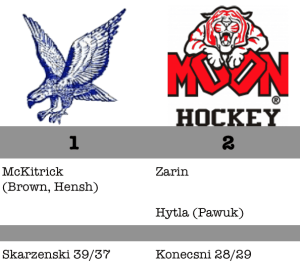 The semifinal matchup  saw two teams with opposing, yet effective styles that resulted in a close, hard-fought battle.

Throughout the game, Moon was very aggressive, threw everything on net and crashed hard for rebounds. Their goalie, Lukas Konecsni, on the other hand, played deep in the crease and held the puck for a whistle every chance he got.

On the other side of the ice, Connellsville was playing an effective counter-attack strategy. They chipped the puck past the Moon defensemen while the forwards were in deep forechecking and got numerous odd-man rushes as a result. Ryan Brown was noticeable in creating extended shifts with possession of the puck in the offensive zone, but was still very calm, cool and collected. Their netminder, Sebastian Skarzenski, on the other hand, was very agressive, coming to the top of or outside the crease to challenge shooters.

The end result was what one might have expected, a tight, hard-fought contest that could have gone either way.

Moon jumped out to an early lead after a failed power play attempt in the first. They kept their foot on the gas and shortly after the man advantage expired and Logan Zarin forced a turnover in the neutral zone. He then deked through the defense and beat Skarzenski with a nice shot.

That lead would hold through an extremely fast-paced, hard-hitting second period with great chances on either end. The goaltenders were very strong, and kept it tight heading into the third.

About five minutes into the third, Connellsville finally broke through when Michael McKitrick chipped one past Konecsni after a scramble in the crease, started by Brown. That tied up the game heading into the final stretch. Connellsville had their best chance of the period with about six minutes to go, when they got a partial breakaway which resulted in the man being taken down and an ensuing power play.

Moon killed it off, and then used that momentum to take the lead. They broke out into a 2-on-1 with David Pawuk and Shawn Hytla leading the rush. They executed it perfectly, with a give and go that ended with Pawuk passing to Hytla who put it into an essentially empty cage with 2:57 remaining.

Moon was able to hold off the final push from Connellsville with the goalie pulled, and held on for a hard-fought victory to advance to the D2 final next Monday. 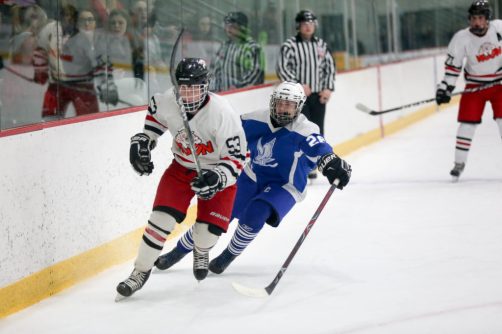 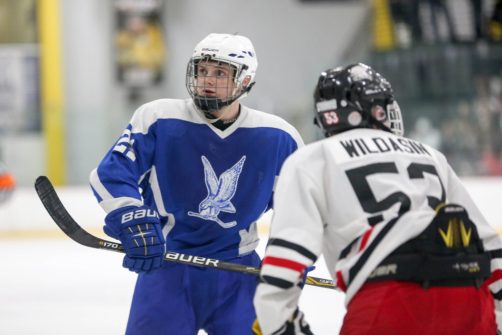 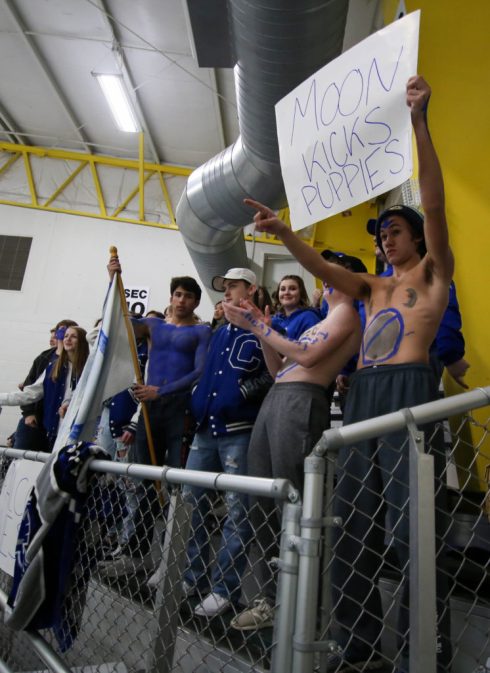 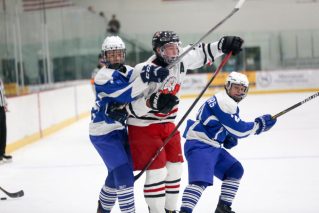 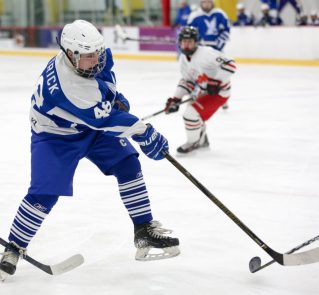 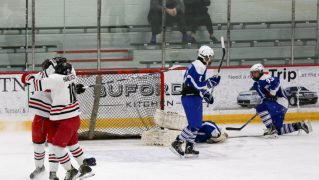 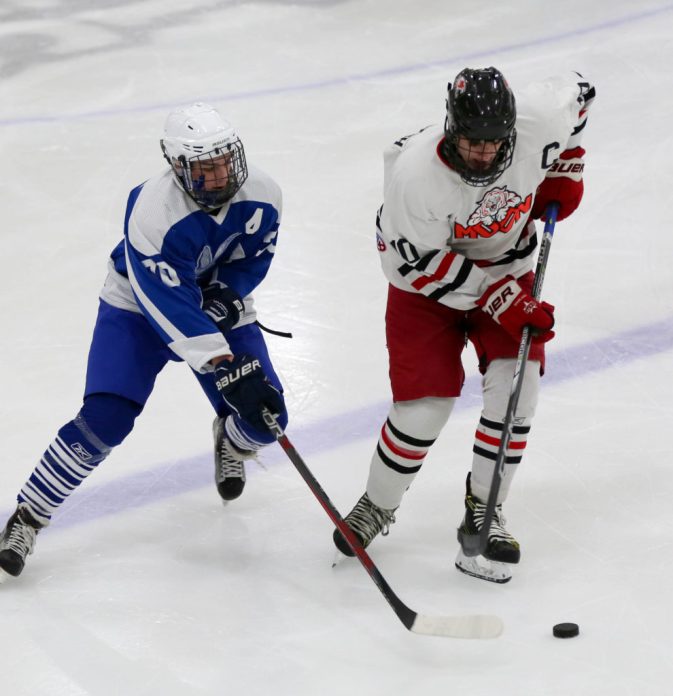 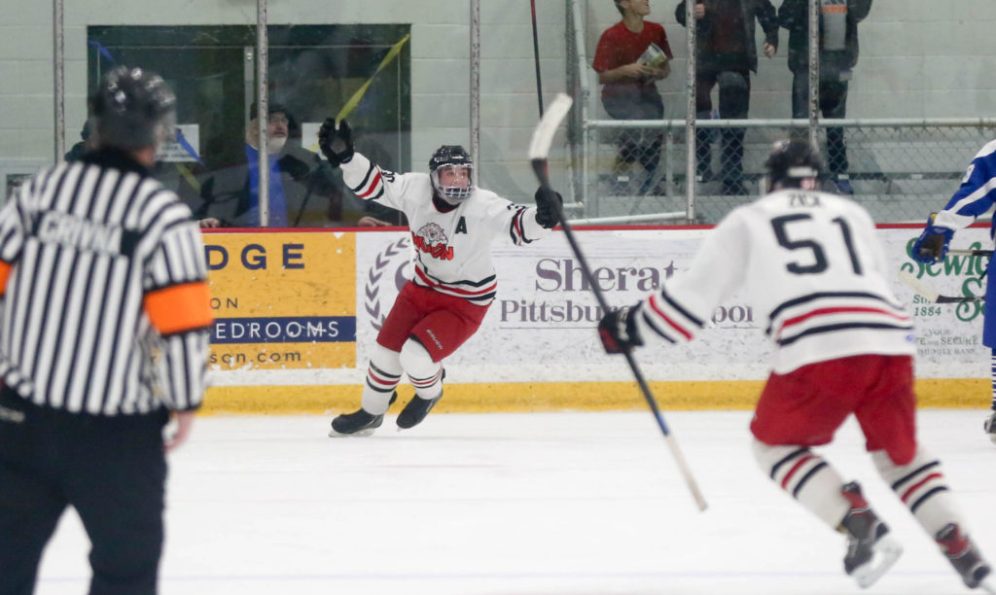