Mason Pierce celebrate his first goal in the first period in a 9-5 Kiski Area victory over Greensburg Salem. Pierce finished the night with a 3 goals and 1 assist.

The first period had signs of an offensive duel as the teams scored back and forth.

Brendon Linderman scored for Greensburg Salem just :19 seconds into the opening period but was quickly followed by a Kiski Area goal off the stick of Kyle Guido 31 seconds later. The Golden Lions Captain, Cole McNair, got them back on top at 2:41 with a power play goal. Mason Pierce tied things up for the Cavaliers at 13:26.

The second period started much like the first as the Golden Lions broke the tie first as Owen Tutich found the back of the net. Again, Kiski Area would have a quick answer when Micheal Rayburg beat the Golden Lions netminder, at 1:45, for yet another tie. It was the Cavaliers show from then on, as Matthew Drahos and Mason Pierce netted one each, driving Greensburg Salem to go to their backup goaltender. Colin Kruth helped to keep things from getting out of hand for the Golden Lions. Once again, the Cavaliers had an answer when Rayburg netted his second of the night

Linderman finished the scoring for the Golden Lions 18 seconds into the final period. Despite Greensburg Salem’s attempts, it was just not going to be enough as Pierce and Rayburg completed their hat-trick performance (:44 and 9:52) for Kiski Area.

Eric Petika was Kiski Area’s starting goaltender and ended the night stopping 22 of 27 shots on goal.

Cam Caretti was the starter for Greensburg Salem before getting pulled after letting 3 goals on the first 3 shots to start the second period. Caretti finished stopping 8 of 13. His replacement, Andrew Stead, faced similar numbers, stopping 8 of 12 shots on goal. 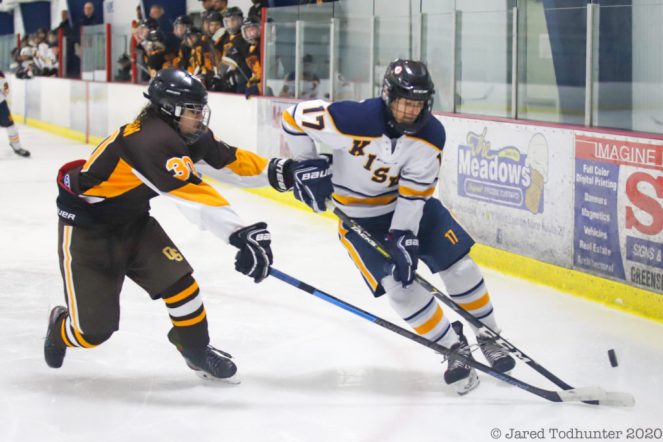 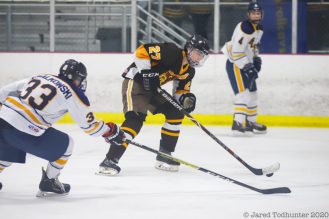 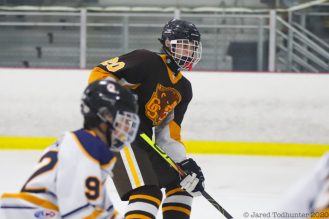 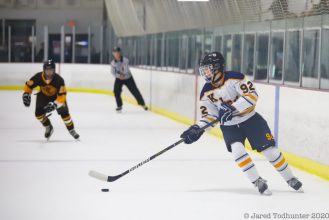 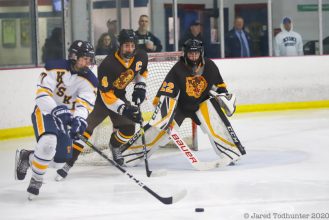 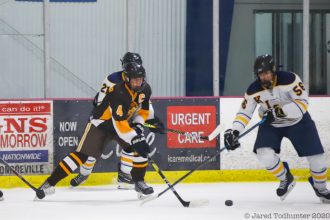 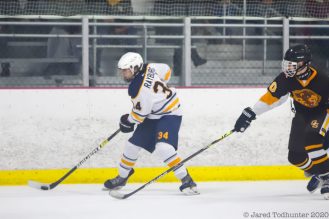 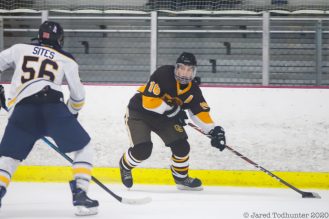 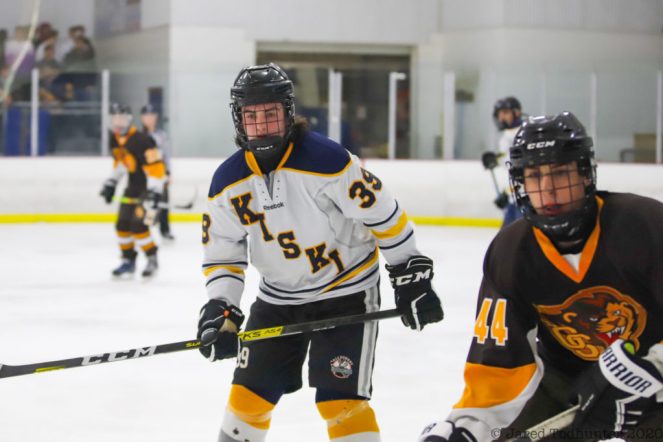 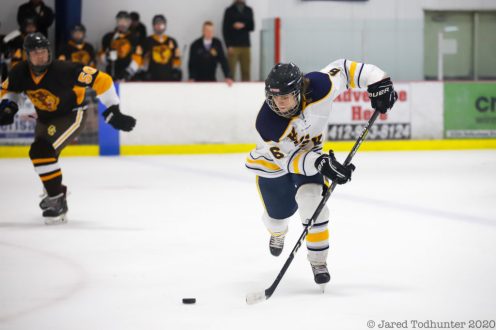 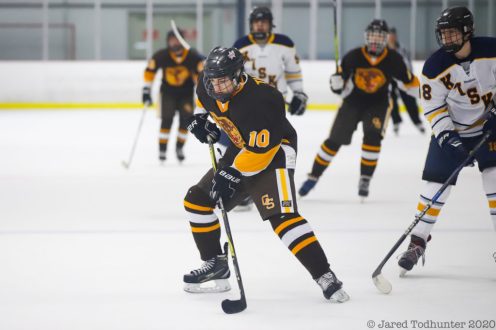 Kiski Area increased their playoff chances as they leapfrog Indiana, due to head-to-head matchup, for the first playoff spot out of the Northeast.

Greensburg Salem’s hopes of a post season ended with the lose as Norwin and Bishop McCort won their games Monday night.

Kiski Area will head to Wheeling, W. Va., to play the Wheeling Central Catholic Maroon Knights at WesBanco Arena on Tuesday, Feb. 18th. The game is scheduled for 6:30 pm.

Greensburg Salem will have a quick turnaround as they host the Bishop McCort Crusaders at Kirk S. Nevin Arena in Greensburg, Pa., on Thursday, Feb. 13. The game is scheduled for 7:15 pm.