MT. LEBANON, Pa. — The Cathedral Prep Ramblers traveled south to visit the Mt. Lebanon Blue Devils Monday night at Mt. Lebanon Ice Center. The Blue Devils, going 2-0-1 in their last three games after starting the season 1-5, looked to climb further in the Class-3A standings. Cathedral Prep, who started the season 0-2-1, but has since gone 4-2 entering Monday night’s contest, sought to close the gap with North Allegheny and Seneca Valley in the Class-3A standings.

In the end, it was Mt. Lebanon who propelled themselves upward, scoring five goals as Austin Martin recorded his second shutout of the season en route to a 5-0 win over the Ramblers.

Mt. Lebanon started the scoring fast, just 1:35 into the game, when Marcus Simmonds ripped a shot past Cathedral Prep goaltender Seth Faulkner. The Blue Devils kept the Ramblers on their heels the rest of the way, never letting the pressure up.

Fast starts was Mt. Lebanon’s bread and butter, even into the third period, when Sam Mitchell made the Blue Devil lead 4-0 just 50 seconds into the final period. At 5:05, Faulkner’s night in net for Cathedral Prep was done after he allowed a Feno Monaco goal. Devon Dovichow relieved Faulkner and held the Blue Devils scoreless the rest of the way, but it was too late for a comeback.

Mt. Lebanon goaltender Austin Martin stopped all 24 shots he faced for his second shutout of the season.

Seth Faulkner stopped 14 of 19 shots before being benched. Devon Dovichow stopped all six shots he faced in relief.

Cathedral Prep will visit Canon-McMillan at Printscape Arena on Tuesday, Dec 3 at 7 p.m. 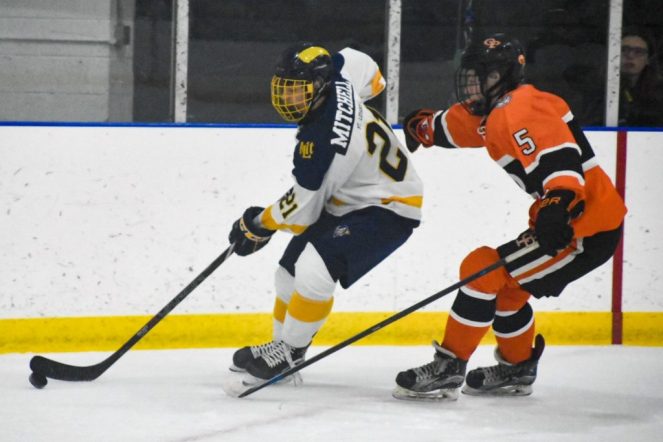 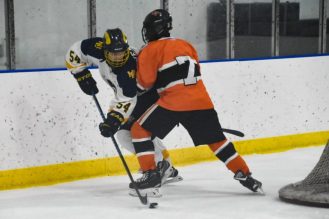 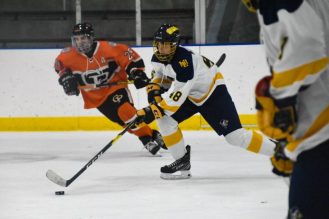 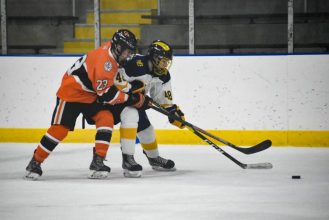 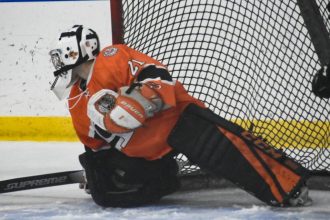 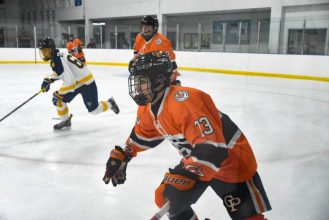 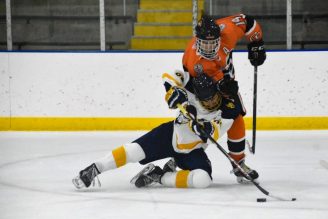 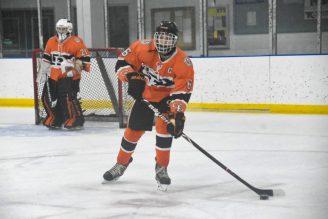 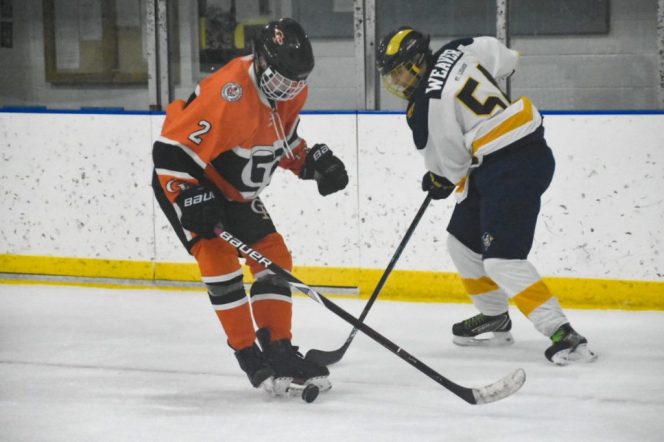 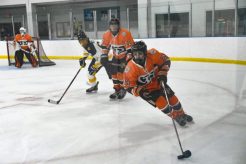 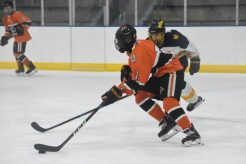 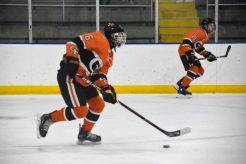 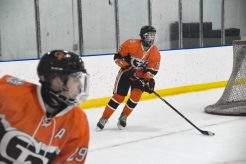