Hampton opened up the scoring with only :07 remaining in the first when Mitch Hurst found the back of the net from close range.

Shaler ran into penalty trouble in the second, but the Talbots couldn’t capitalize until after the expiration of a minor. Scanlon fired a shot from the right circle that beat Titans netminder Ryan Bragg at 13:31 to give Hampton a 2-0 lead.

William Junker broke McGee’s shutout bid at 3:03 of the third, but Hampton regained the two-goal lead minutes later as Scanlon scored his second on a break-out at 4:56. Joey Pankowski collected his third point on the final goal of the game at 13:57.

Bragg stopped 16-of-20 for the Titans in the loss.

Hampton (1-2) welcomes Plum to Frozen Pond on Oct. 21 at 9:10 p.m. Shaler (0-2) doesn’t have to change venues, nor do they have to waste time as the Titans face the temporarily relocated Armstrong RiverHawks at Frozen Pond on Oct 17. Faceoff is scheduled for 9:10 p.m. 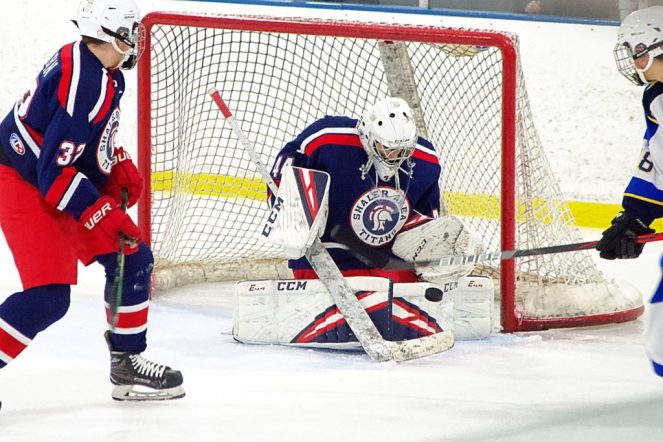 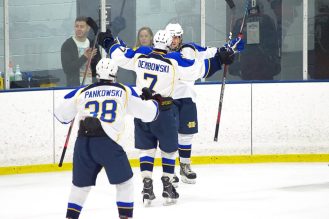 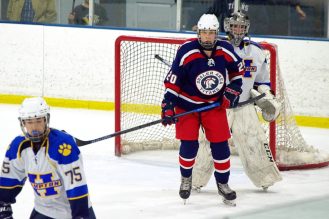 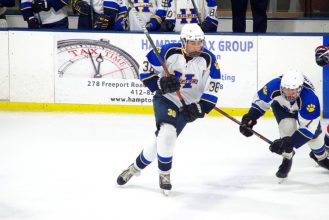 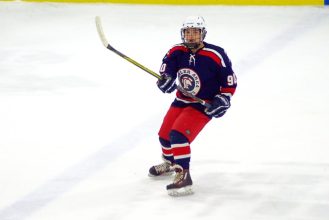 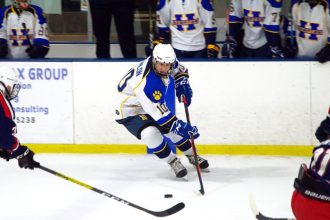 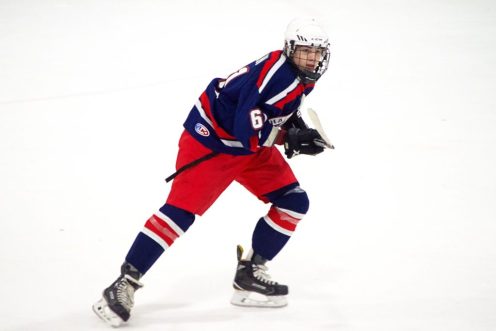 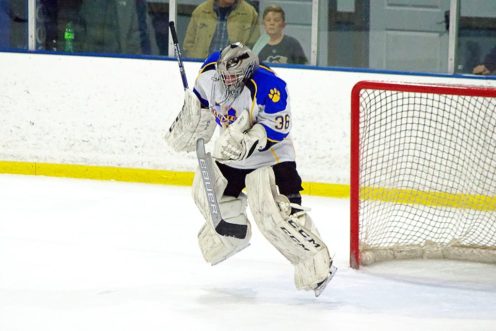