NEVILLE TWP., Pa. — Emma Nuutinen and Maggie Knott scored :39 seconds apart in the third frame as Mercyhurst scored four goals in the stanza en-route to a 5-2 victory over Robert Morris at the Island Sports Center on Friday.

It was a matchup of the top two teams in College Hockey America, and the Colonials opened up the contest with ten minutes of uninterrupted attack, seemingly overpowering the Lakers. Michaela Boyle opened the scoring at 14:03 of the first, collecting a cross-crease pass from Lexi Templeman for her 13th goal of the campaign.

The goal was especially noteworthy for senior Jaycee Gebhard, as the origin shot from the point gave her her 103rd assist, breaking Brittany Howard’s career record of 102 set in 2017-18.

Mercyhurst slowly regained momentum in the second, and a Sarah Nelles shot on the rush tied things up at 7:29 of the frame. Robert Morris continued their onslaught for the majority of the period but couldn’t solve Kennedy Blair.

Nuutinen and Knott’s tallies early in the third were followed shortly by a K.K. Thiessen blast that deflected off of Emily Pinto’s body and over a falling Arielle DeSmet for a three-goal lead.

The Colonials weren’t done, as the rebound on a short-handed breakaway by Templeman was tapped in by Gebhard, bringing the Colonials back within two at 11:06. The pressure seemed insurmountable as Michelle Robillard’s empty-netter sealed the victory for the Lakers, breaking the tie at the top of the conference and giving Mercyhurst a 1-0 series lead in the “Battle of I-79”.

Blair started for the Lakers, improving her career mark to 5-2 against the Colonials in a 34-save effort. DeSmet stopped 25-of-29 in the loss.

Robert Morris and Mercyhurst complete the southern portion of their series with a 5:05 p.m. face-off at the Island Sports Center on Saturday. The Colonials enter their second-half of the season in the “Battle at the Burgh” tournament at UPMC Lemieux Sports Complex on Jan 4, where No. 1 Wisconsin awaits. Face-off is scheduled for 1:oo p.m. for the marquee matchup. 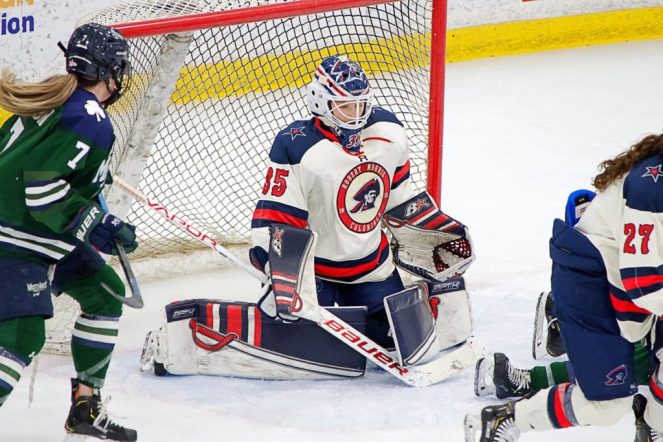 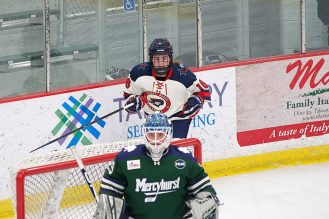 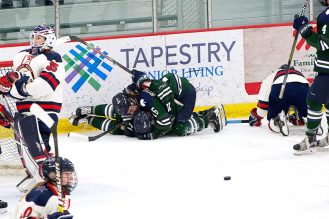 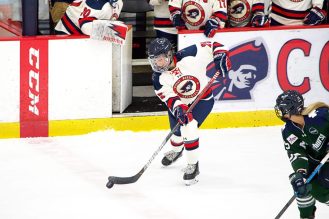 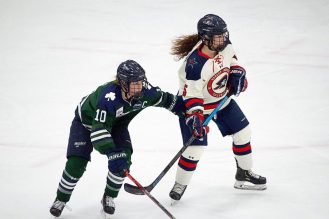 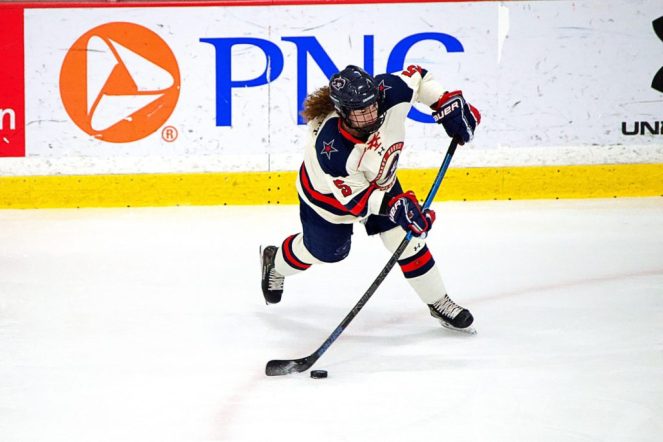 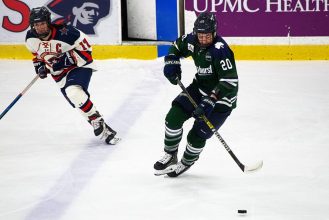 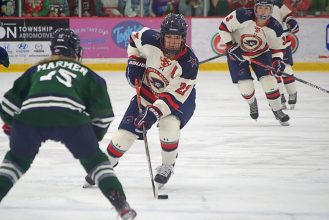 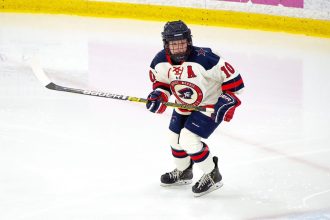