ROSTRAVER TWP., Pa. — Nathan Todd scored three times and Ethan Saylor added two of his own as the defending Division-2 champions Ringgold Rams opened up the 2019-20 PIHL Class-B season with a 5-2 victory over Morgantown Monday at Rostraver Ice Garden.

Morgantown opened up the scoring at 7:57 of the first when Reis Snider fired a puck past Rams starter Chad DeGroen. DeGroen and Mohawks goaltender Blake Phillips exchanged highlight-reel save opportunities and several odd-man breaks before Ringgold broke through with a goal from sophomore Ethan Saylor to tie things up.

The Rams came alive in the second as Todd scored his first two goals 2:09 apart in the second, with Saylor also netting his second less than three minutes afterwards.

Todd completed the hat trick 31 seconds into the third and Morgantown added a marker by senior Ridgely Fahey at 6:54 of the final period.

Both squads featured new netminders in the contest, as DeGroen stopped 18 of 20 in the victory for Ringgold, which graduated starter Evan Cook in the offseason. Morgantown was in the same situation after Sydney Smith’s graduation. Phillips was impressive in net, stopping 49 of 54.

Ringgold (1-0) welcomes the Carrick Cougars to Rostraver Ice Garden on Monday, Oct. 14 at 7:15 p.m. The Mohawks suit up against Bishop Canevin at Morgantown Ice Arena on Thursday, Oct. 17 at 8:15 p.m. 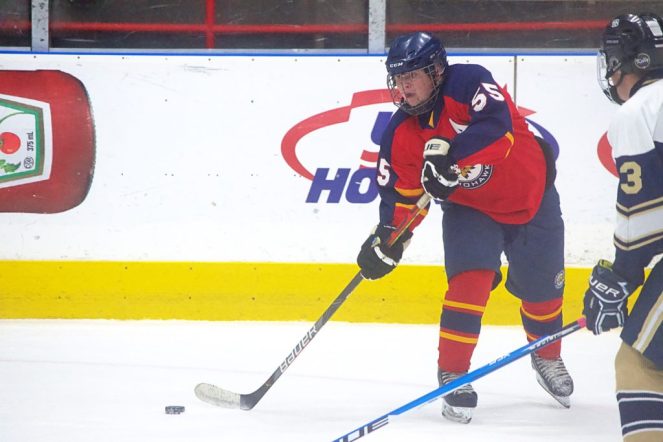 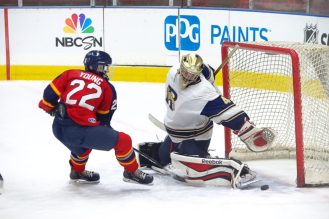 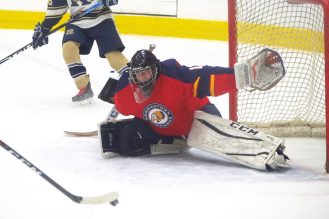 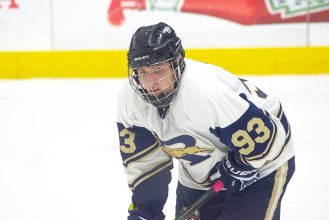 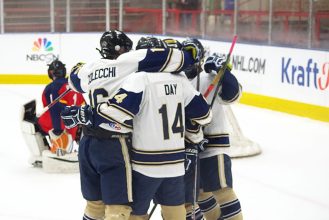 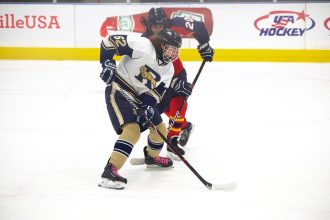 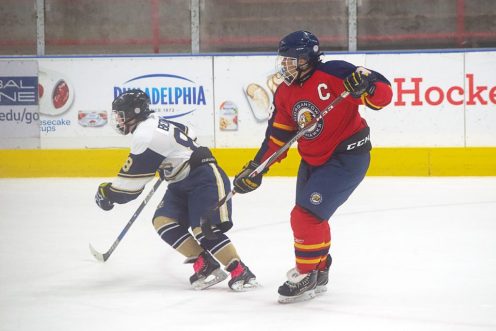 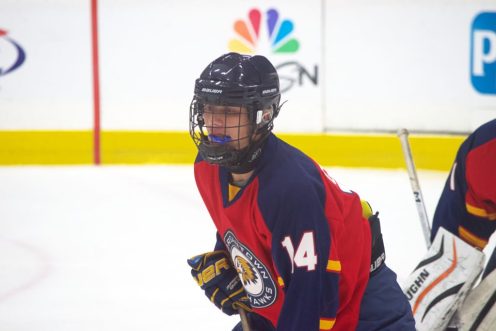