It was Eli Schaefer and the Cougars who opened up the scoring at 5:21 of the first period.

It took some time for Norwin to get their feet moving and passes clicking. Sal Cerilli tied things up at 12:10 for the Knights and gave Norwin their first lead of the game while on the powerplay with :47 seconds remaining in the period.

Despite only registering 4 shots on goal in the first period, Blackhawk showed you can’t count them out when Hunter Woodward tied the game at 2-2 early in the second period. Jacob Hofer broke the tie at 6:15.

Jacob Dally helped rally Norwin after the ice cut, finding the back of the net just :20 seconds into the final period. The Knights kept with the trend as Logan Marsalko scored on a breakaway at the 3 minute mark and Jacob Meier blasted a laser from the blueline at 5:27 to give Norwin a two goal lead.

Again, the Cougars kept pushing. Daniel Frkuska got Blackhawk within one when his shot beat Norwin’s keeper at 10:33. Woodward and the rest of the Cougars thought they tied the game with just under the 4 minute mark when the forward gloved the puck down to the ice in the goal crease and tapped it in an open net with his stick. The celebration was short as the referees waved no goal due to already blowing the whistle.

Norwin’s Ty Shigo scored the final goal of the game short handed and on an empty net.

Starting in net for Norwin was Eric Miscampbell who finished the night stopping 13 of 17 shots on goal.

Blackhawk’s goaltender, Joshua Paulovich, did everything he could, and then some, to help his team win by stopping 37 of 42 shots on goal. 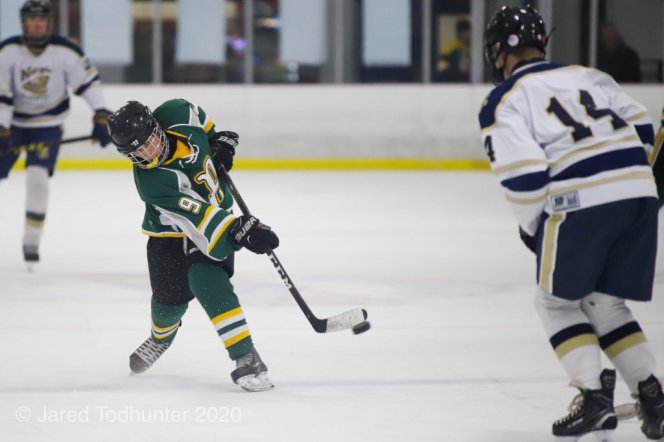 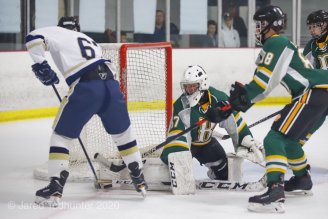 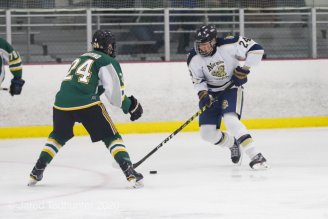 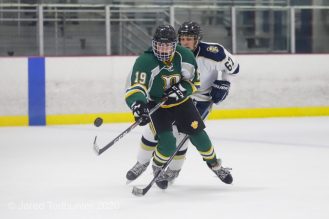 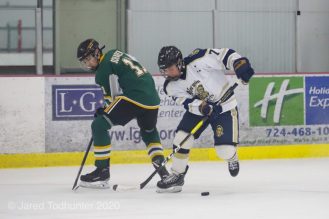 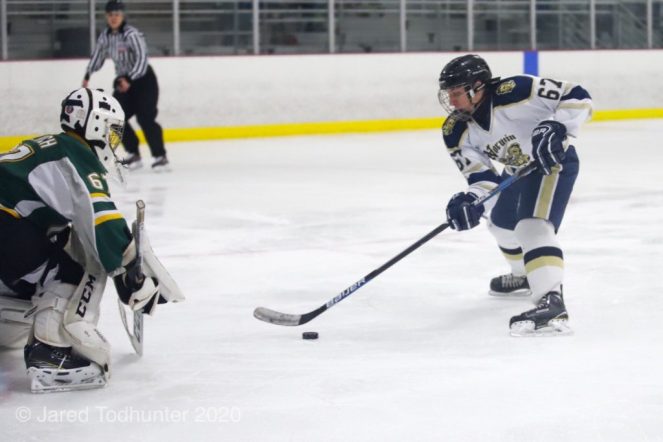 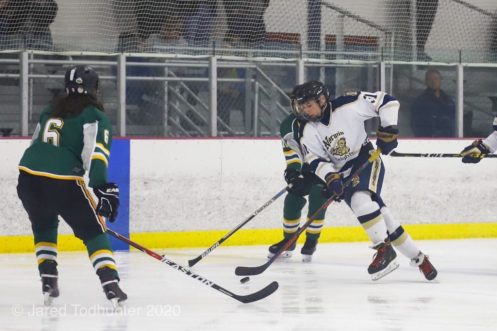 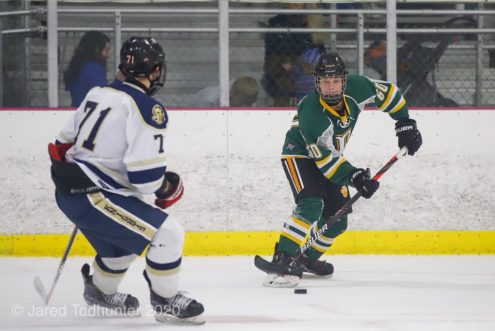 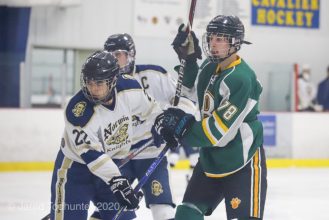 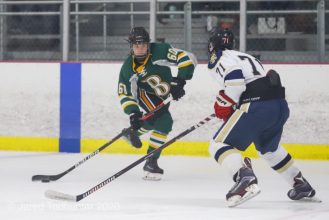 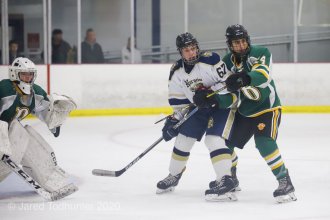 UP NEXT: The Norwin Knights will have a quick turnaround as they travel to the Belmont Sports Complex in East Franklin Twp. to play the Freeport Yellowjackets Thursday, Jan. 16th, at 7 P.M. The Knights can leapfrog Bishop McCort in the standings with a win.

The Blackhawk Cougars will have more time to recover before their next game. The Cougars will have a chance to increase their point lead over the Beaver Bobcats, who currently sit in 3rd, when they host the Chartiers Valley Colts at Brady’s Run Ice Arena in Brighton Twp. on Thursday, Jan. 23rd, at 8:45 P.M.