Alex Bontje retaliates after taking a hit from Jordan Himley during the third.

The Air Force Falcons shutout the Colonials 1-0 in the typical physically demanding Friday night match up. Erik Baskin took an early lead for the Falcons just 4 minutes into the game. Despite Robert Morris outshooting the Falcons 29-23, the Colonials were unable to tie the game. 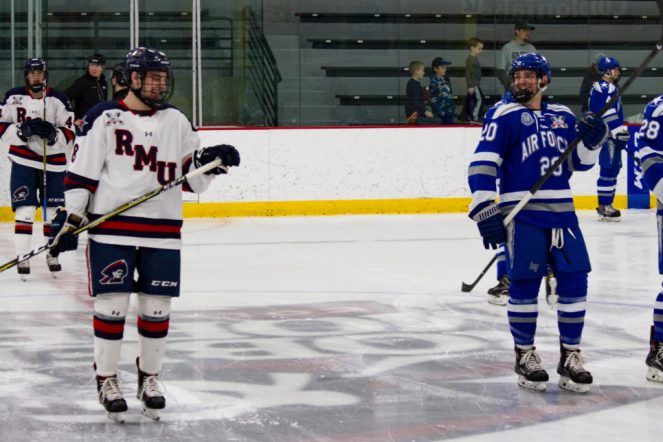 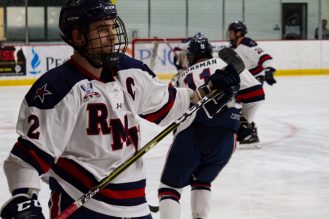 Alex Bontje warms up in preparation for his return to the lineup. 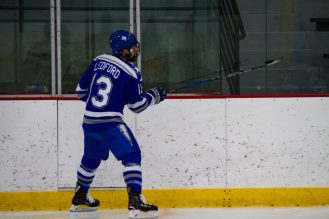 Tyler Ledford balances a puck on his stick during warm ups. 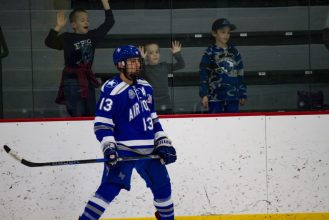 Tyler Ledford warms up with the Falcons as kids cheer. 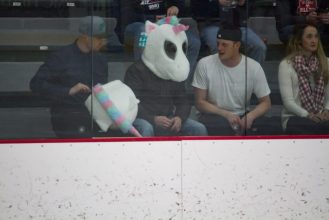 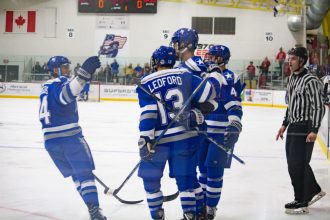 Erik Baskin and team celebrate after Baskin scores 4 minutes in. 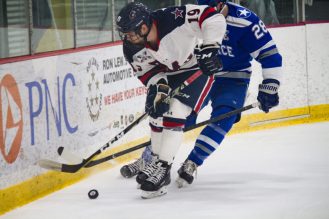 Alex Robert handles the puck during the first period. 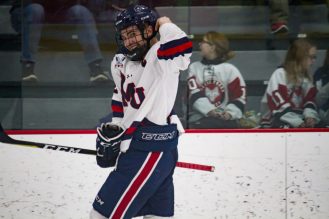 Alex Bontje smiles during the first period after dishing a hit that sent him to the box. 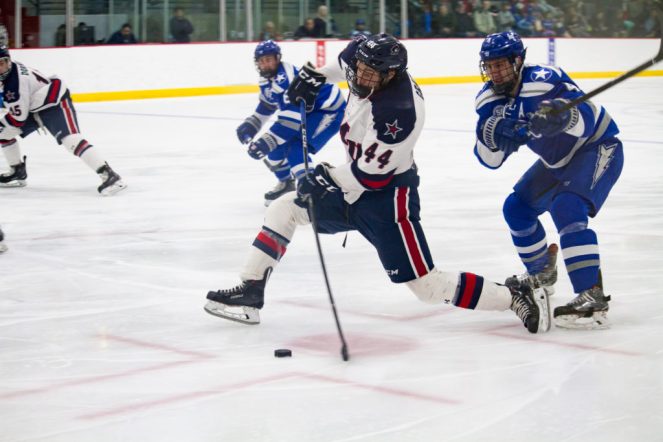 Matt Graham shoots the puck during the second. 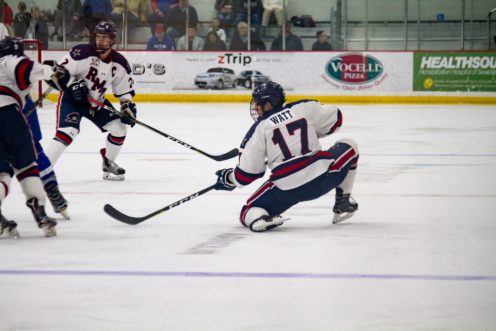 Brandon Watt blocks a pass in front of the benches. 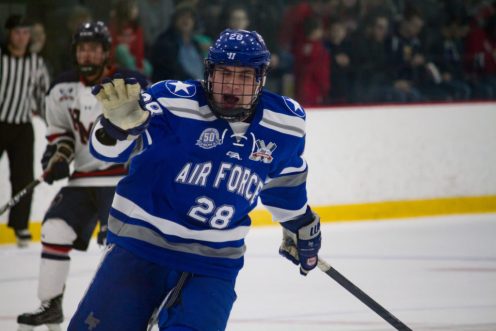 Brady Tomlak yells to a teammate during the second period. 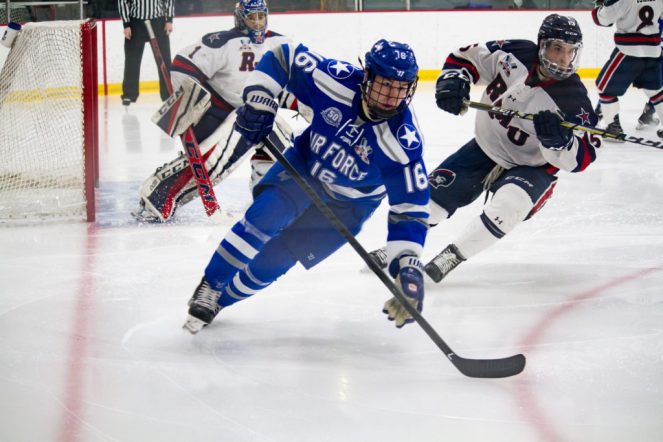 Kyle Haak follows the puck after a deflected shot from Spencer Dorowicz. 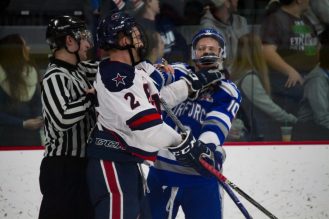 Alex Bontje retaliates after taking a hit from Jordan Himley during the third. 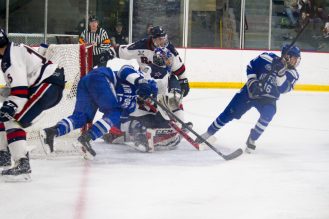 Matt Serratore leaves the ice after getting tripped during the third. 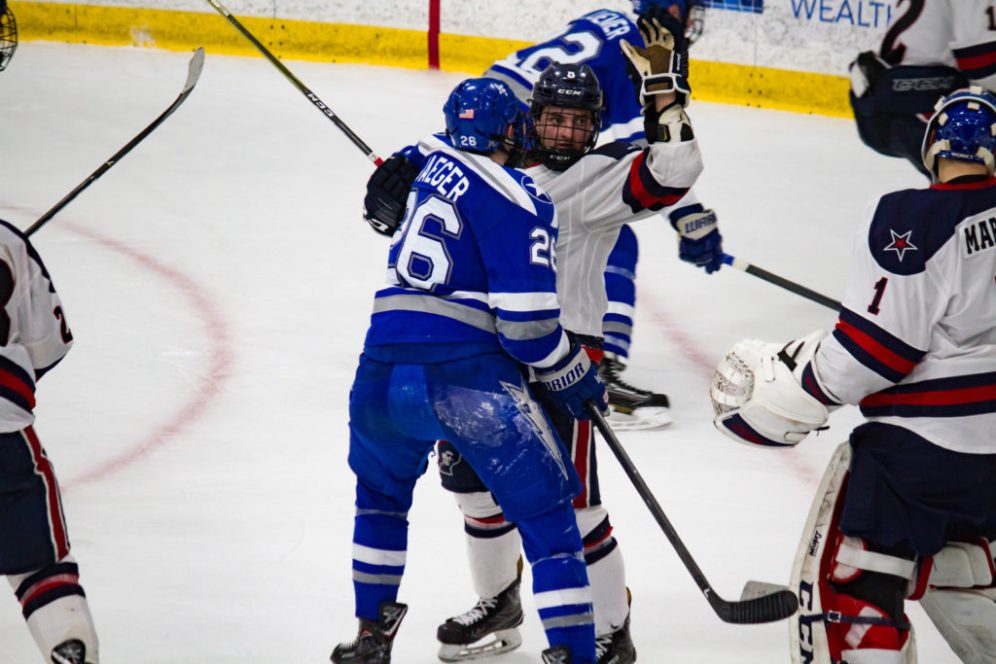 Eric Israel puts a hand up in the air after exchanging blows with Erich Jaeger.