HARMAR TWP., Pa. — The Pitt Panthers clinched the regular season championship and top seed in the CHMA Tournament Friday night with a dominant 8-1 win over the Slippery Rock Pride. Eight different players scored for the Panthers, despite the team still missing Oldrich Virag after he suffered a broken ankle Feb. 1 against Robert Morris.

Alex Crilley opened the scoring just under 10 minutes in, and Tyler Skomsky added to the lead a few minutes later before Zack Koerbel got his first goal as a Panther less than a minute later.

The reliever did not fare any better. While he held Pitt scoreless for most of the period, Pine-Richland alum Will Studt made the Panther lead 6-0 with 3:15 remaining in the second period.

Mark Lauria joined the scoring party  three and a half minutes into the third period before Slippery Rock finally got on the board a few minutes later thanks to Jamie Mauro. Midway through the third, Jacob Tepe capped the Pitt scoring to extend the lead to 8-1.

Szynalski ended the night saving 9 out of 12 shots.

Panther goaltender Matt Snader saved 29 out of 30 in the winning effort. 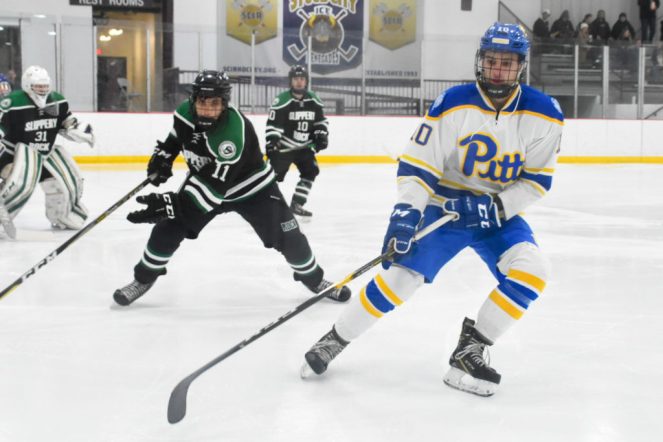 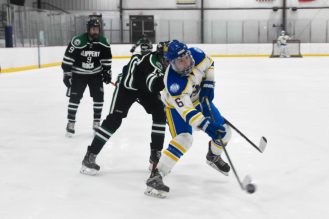 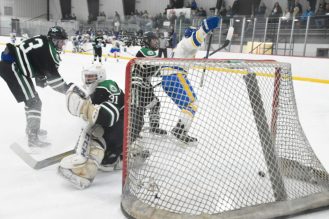 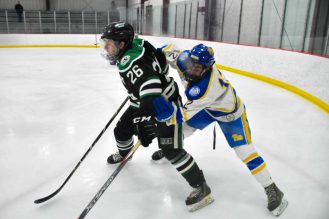 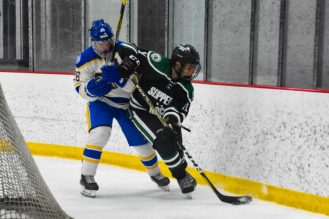 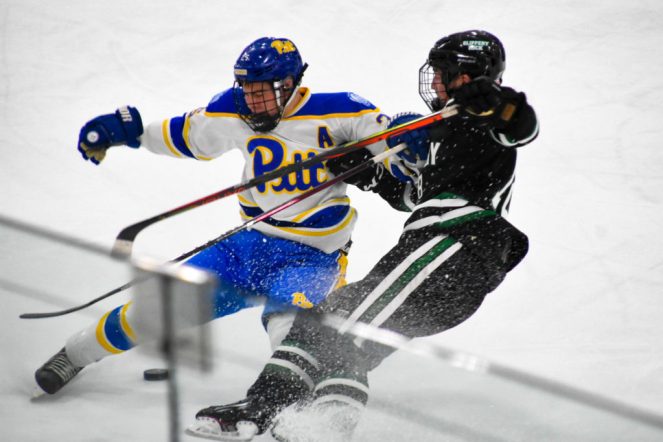 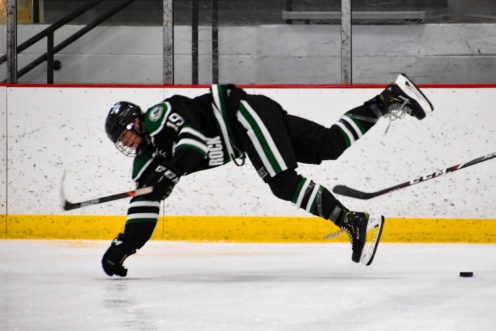 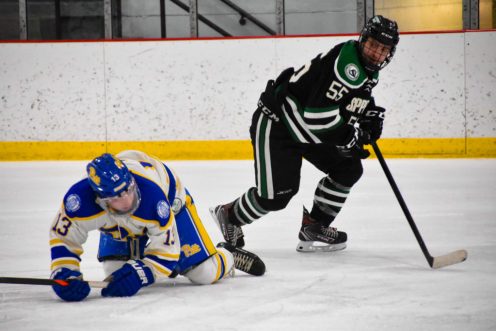 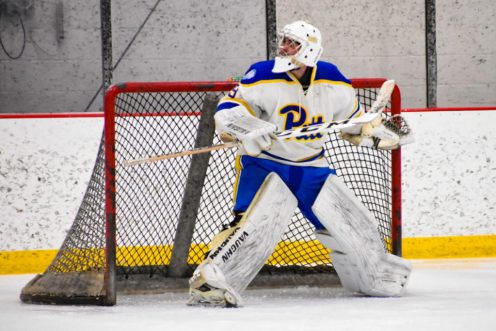 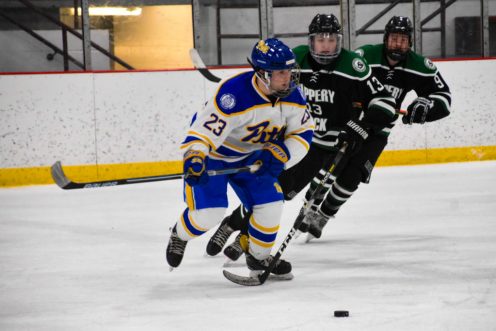 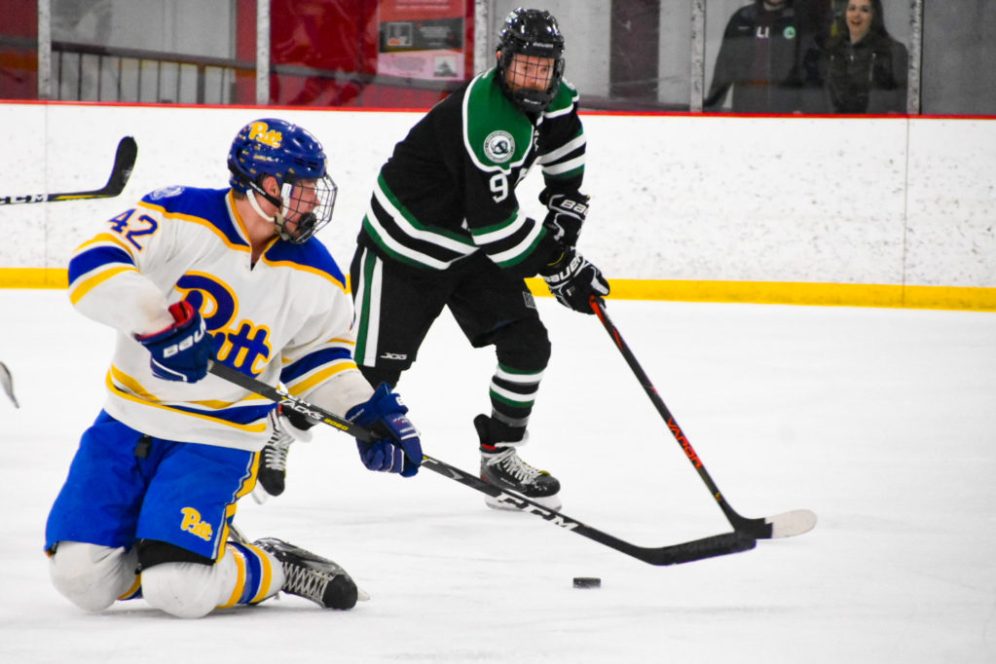