HARMAR TWP., Pa. — The Pitt Panthers once again used a combination of scoring and goaltending to take down the John Carroll Blue Streaks, 4-3, at Alpha Ice Complex Wednesday night, getting four goals from four players as Tristan Canter slammed the door shut in the third period.

Pitt started off in familiar territory, conceding the opening goal, when Max Kirth-Gruszczynski opened the scoring for John Carroll at 6:21 of the first period. The good news with respect to familiarity is a lack of panic. The Panthers stayed patient throughout the period, finally finding the equalizer at 14:26 off the stick of Austin Tonkovich. John McMahon took the lead back for the Blue Streaks, though, just two minutes later.

Jacob Tepe once again tied the game for the Panthers at 6:49 of the second period, but Carlo Bertoni again put John Carroll in front, 3-2 two minutes later.

It was the fourth time in five games Pitt had not only conceded the first goal but also took the lead after two periods of play, when Max Milan tied the game 3-3 at 12:04 and Jared Carl gave the Panthers their first and only lead of the game at 17:24 of the second period. Just as in the other three instances, Pitt shut the door in the third period, as

goaltender Tristan Canter stopped everything John Carroll threw toward the net in the final frame.

Pitt moved to 24-2 overall and 11-1 in conference play, clinching a first-round bye in the conference tournament. A win on Friday night over Slippery Rock or Saturday night over Mercyhurst would clinch the No. 1 seed for Pitt.

John Carroll finished their conference slate at 5-9. The Blue Streaks can still clinch a playoff spot with a Mercyhurst loss. They sit in fifth place in the conference, but could fall to sixth with a Duquesne (5-8) win over IUP Friday night. 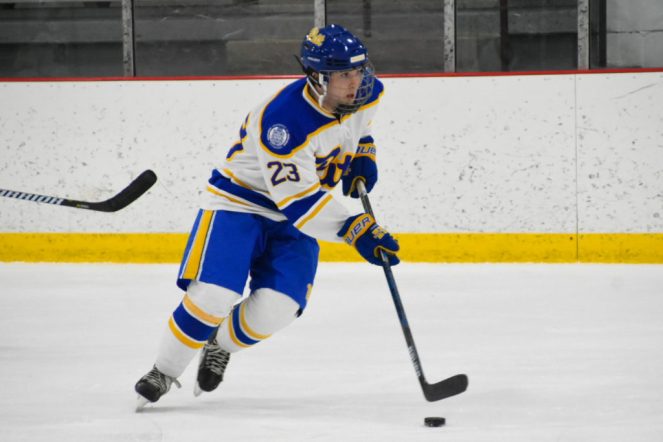 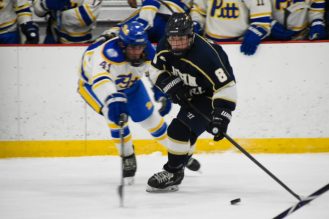 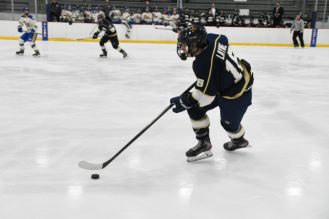 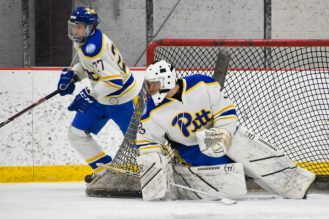 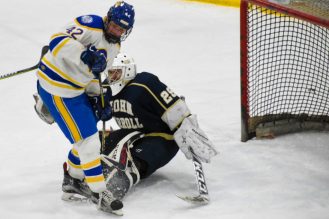 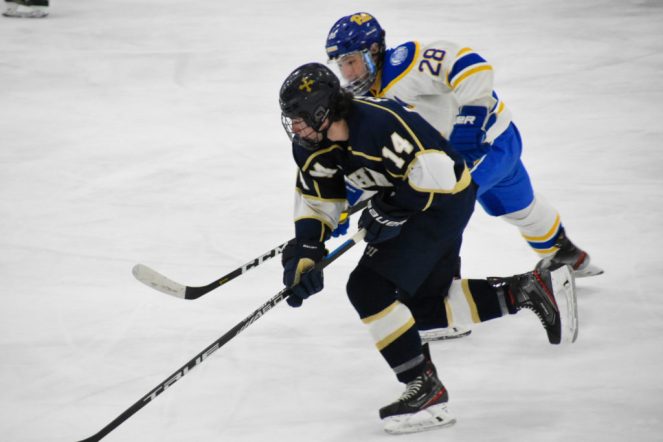 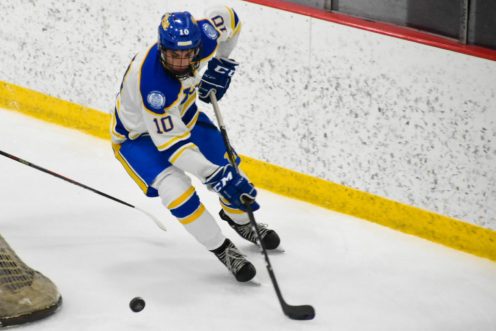 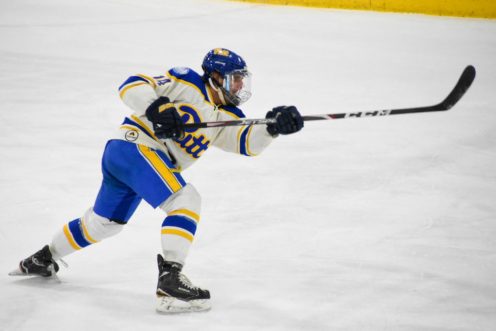 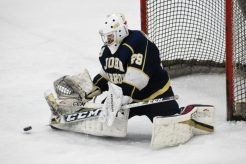 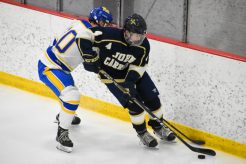 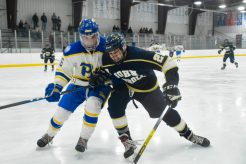