Ringgold's Justin Day makes a play on the puck behind Burrell's net in a 12-4 win Monday, December 2, 2019 at Pittsburgh Ice Arena. -- JARED TODHUNTER

NEW KENSINGTON, Pa. — The Ringgold Rams improved to 9-0 on the season after a 12-4 win over the Burrell Bucs Monday night at Pittsburgh Ice Arena.

Nathan Todd started a trend for the Rams by netting the first two goals of the game. Justin Day, Ethan Saylor, Evan Eberlein, and Brad Bujdos all ended the night recording at least 2 goals each in the win. Finishing the scoring for Ringgold was Nathan Boulanger.

Showing some life in the second period, Luke Rose got the Bucs their first goal of the night with a wrist shot that beat Ringgold netminder Jerry Mease. Logan Schopf, Gio Palombo, and Jonas Sopko also added goals for Burrell.

Zach Stewart got the start for Burrell and ended the night stopping 24 of 30 shots before being relieved by Austin Schueler, who stopped 12 of 19 shots.

Jerry “Buddy” Mease started for Ringgold and finished the night stopping 16 of 20 shots. 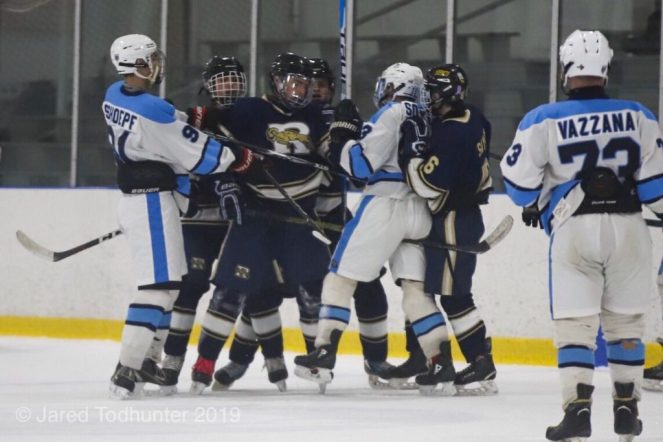 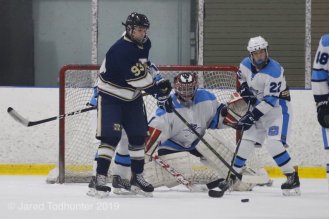 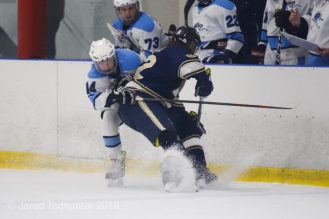 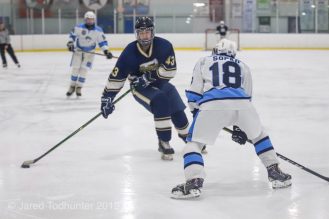 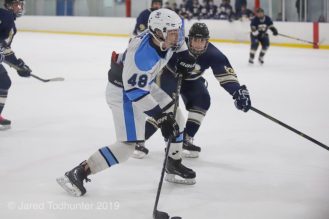 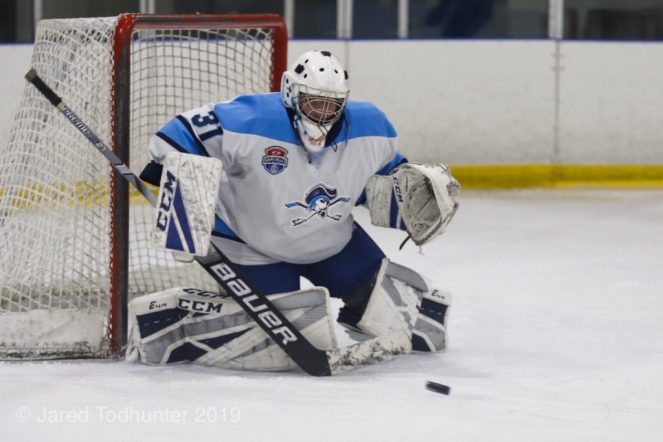 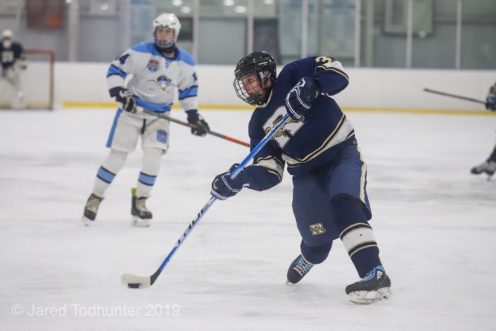 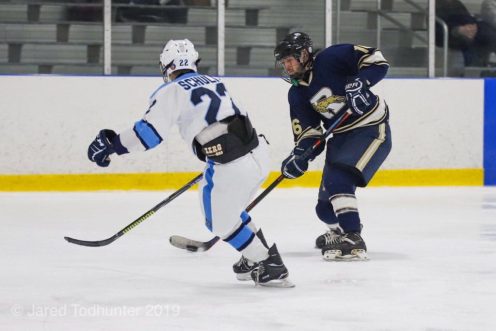 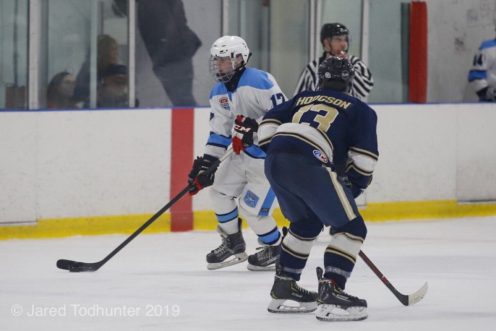 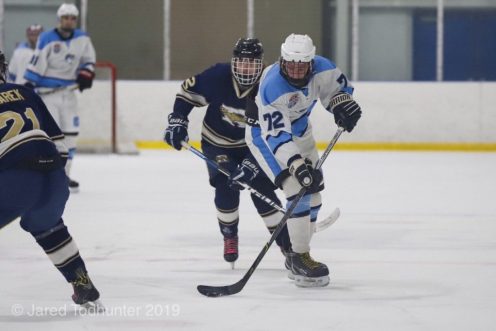 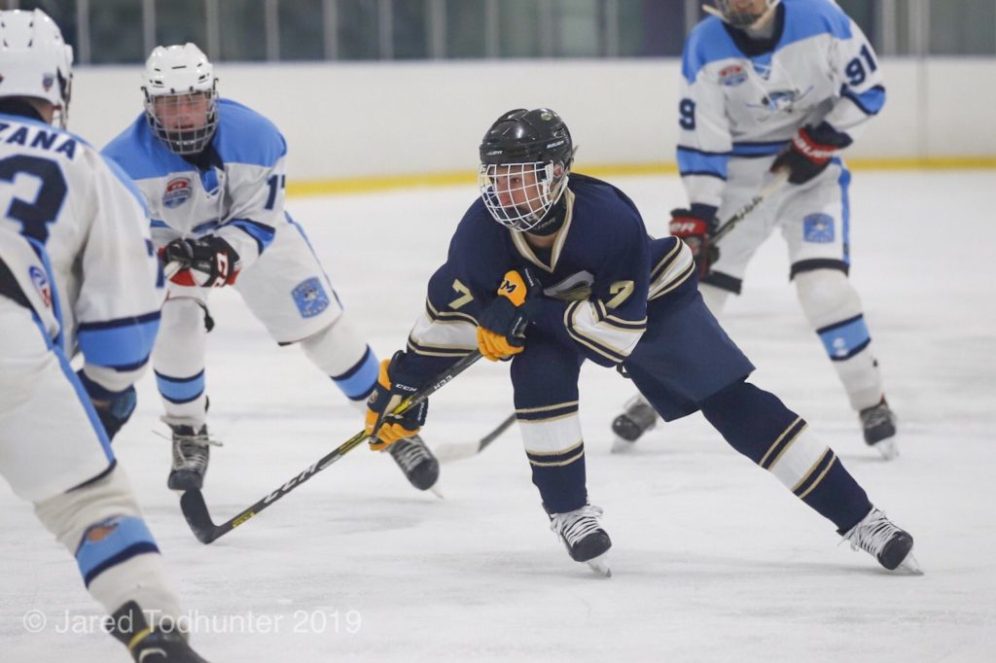 Burrell will make a trip to the Ice Mine in Dunbar Twp. on Thursday, Dec. 5 to face off against the Connellsville Falcons at 7:30 p.m. The Bucs will return home Pittsburgh Ice Arena to host the Trinity Hillers on Monday, Dec. 16 at 9 p.m. to finish the first half of the season.