NEVILLE TWP. — They start ‘em young in Pittsburgh. Derek Schooley would know a thing or two about that.

Schooley, entering his 13th season as head coach of the self-started men’s Division I hockey program at Robert Morris University, stopped by his home ice at the RMU Island Sports Center in Coraopolis to drop the ceremonial puck on the 18th season of the Pennsylvania Interscholastic Hockey League Monday night. But he didn’t stop there.

Rather than stick around to scout the back-to-back PIHL curtain-raisers, which saw Class AA North Hills defeat Fox Chapel and Class A Chartiers Valley take down Sewickley Academy by identical 8-1 scores, Schooley scurried from the 84 Lumber Arena to the Olympic Arena to run practice for his son’s team.

“It’s all about making kids better so, when they get to me, they’re good enough,” he said with a laugh. “I enjoy being around the rink, and being around kids who aspire to be good hockey players.”

For many years, there have been many good hockey players in the PIHL, which will see 45 schools field varsity teams in its three highest classifications in 2016-17, not to mention the 14 varsity squads that will compete at its Division 2 level.

While many are good, few are chosen to play hockey at the next level. But a few good ones have been chosen by Schooley. Three PIHL alumni -— junior Alex Dagnal and freshmen Jake Coleman and Luke Lynch -— will dress for Robert Morris when the Colonials begin their own regular season this weekend with consecutive contests at RIT.

Coleman enjoyed an abbreviated PIHL career at Moon while Lynch cut his scholastic hockey teeth in the Shaler Area.

Dagnal, meanwhile, comes from one of numerous hockey families to make their mark at Peters Township, one of the league’s all-time winningest programs.

Before playing with RMU at the annual Three Rivers Classic in-season tournament, Dagnal had already skated on CONSOL Energy Center ice with Peters as a Penguins Cup finalist, and his brother Jon won a state championship with the Indians.

“They’re enthusiastic, they’re positive, they’ve come to learn and they’ve come to work,” Schooley said, offering his early impressions not only of the trio, but of the 2016-17 team as a whole. “Having ten freshmen is like having [ten] sponges. Hopefully, they stay that way for four years.”

Of the hundreds who have played for him, 59 have gone on to play professionally, and another erstwhile PIHL star, Quaker Valley’s Furman South, is pursuing a career as a referee. Another, more recent success story is that of Luke Lynch’s older brother, Zac Lynch. 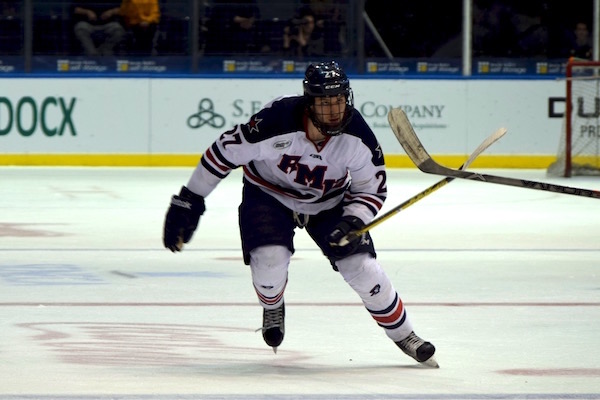 After Zac won a Penguins Cup title with Shaler, he became RMU’s all-time leading scorer and even set a major college hockey record by netting a shorthanded goal in four straight games as a senior. This fall he became the fourth of Schooley’s former players to dress for an NHL game, earning preseason ice time with the Florida Panthers (who, coincidentally, feature Vince Trocheck, another greater Pittsburgh native).

“To see Zac play in a game has to be rewarding, not only for us, but for all of Pittsburgh youth hockey,” Schooley said. 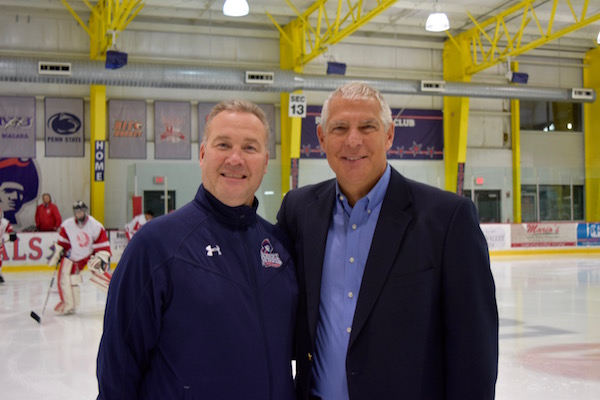 Those on the local hockey scene, beginning in the early 1980s, witnessed what could be called the “Lemieux Effect.” As Mario saved pro hockey in Pittsburgh, his presence grew the game at lower levels too. Today, Schooley points to the Penguins’ 21st-century renaissance -— the “Crosby-Malkin-Fleury Effect,” as he puts it -— as a boon to his program as well.

That program has earned multiple Atlantic Hockey championships and even an NCAA Tournament berth with PIHL talent and, with the help of new local talent, seems poised to challenge for more. But while the Pens’ popularity remains a factor in the desire of more Pittsburgh youths to play hockey at home, the adage that winning cures all continues to ring true.

Schooley credits the work of his assistant coaches, Kody Van Rentergem and Michael Gershon, for many of RMU’s local recruiting victories. They have spent a combined seven years in various roles within the program, which takes pride in maintaining its strong ties to high school hockey in western Pennsylvania.

“If we keep the best Pittsburgh kids at home, we feel like we’re going to have a lot of success.”