Robert Morris goaltender Kevin Mackey makes a save during a 5-1 win over Duquesne at Alpha Ice Complex on Saturday, Oct. 2, 2021. — ED MAJOR II

Robert Morris kept that hot streak going with a 5-1 win over the Dukes Saturday at Alpha Ice Complex.

The Colonials cruised to victory from the start. Captain Justin Adamski started the scoring just four minutes into the game. He slipped a puck under the blocker of Dukes goaltender Kyle Plantz to give RMU the early 1-0 lead. From there, it was back and forth down the ice. The Dukes matched the energy that Robert Morris was showing, but Colonial goaltender Kevin Mackey turned away everything thrown at his net. Freshman Keith Reed scored a power play goal with 3:49 remaining in the first period before Adamski notched his second of the game just a couple minutes later to extend the lead to 3-0. Team leader in points and goals, Roman Kraemer, had not gotten on the scoresheet at that point. Head coach Mike Joseph attributed that to the depth the Colonials have and their need to use that depth when opponents gameplan for Kraemer.

“As far as Roman’s line, the first line, he’s gonna get attention. The other two guys on that line are plenty capable. You’re gonna have to watch three guys, there’s not just one guy on that line,” Joseph said after the game.

“We’ve got some new freshmen. Our second, third, and fourth lines have contributed scoring already. Most of those guys are rookies, so that speaks very well to our depth. I’m excited about the depth we have on offense this year.”

In the second period, it was more of the same back and forth battling between the clubs. About midway through the second period, Drew Albright and EJ Pohl both drew roughing minors, giving the Colonials a 5-on-3 advantage. Jeremy Jenkins wasted no time giving Robert Morris a 4-0 lead less than a minute into that advantage.

Duquesne got on the board with less than three minutes to go when Kody Reiser put one top shelf on Mackey, but Kraemer finally got on the board himself just 26 seconds into the third to put the advantage at four goals once more. Despite the deficit, the Dukes began getting more aggressive, especially as the third period wore on. Mackey talked after the game about the need to stay calm to shut down potential comebacks.

“I thought we got off to a hot start, but really slowed down after the fourth goal. I was just trying to not focus on the score and keep going,” said Mackey. “Just take it one shot at a time and then go from there.”

One shot at a time led to saving 24 out of 25 shots to earn his third win of the season. Duquesne goaltender Kyle Plantz saved 12 out of 17 shots in the loss. 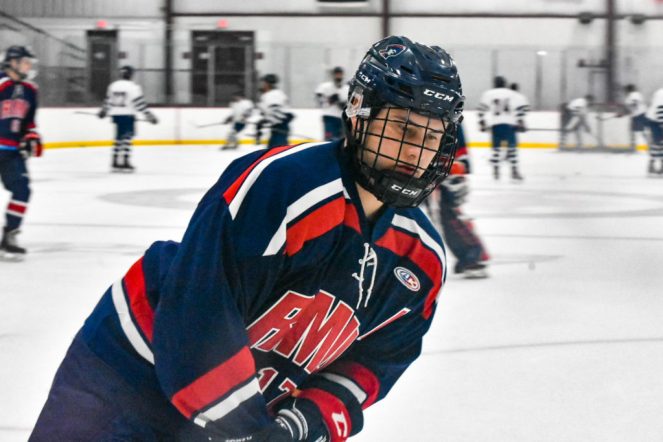 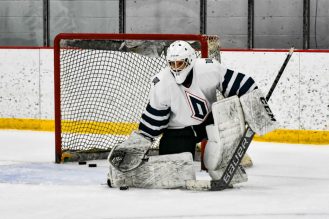 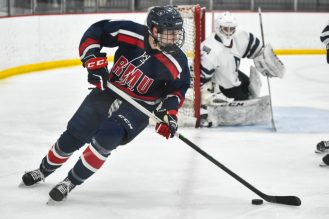 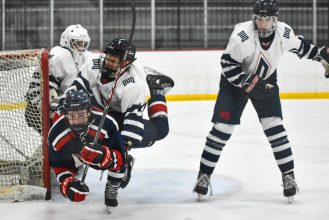 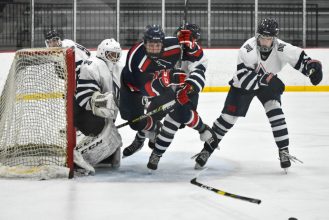 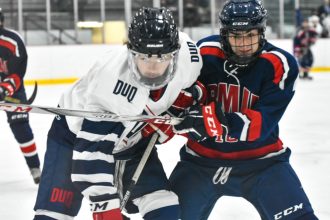 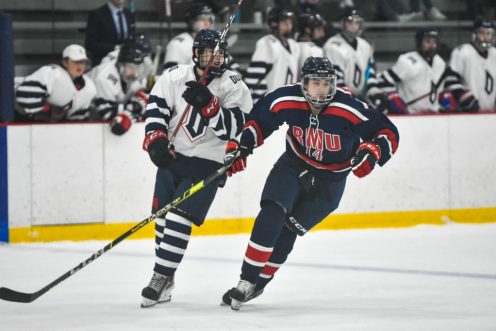 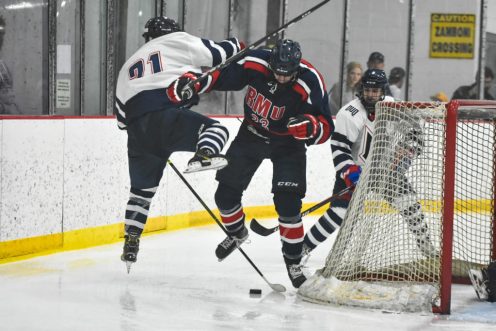