After a scoreless first period which featured five power play opportunities – three for Upper St. Clair and two for Seneca Valley – the game was deadlocked at zeroes.

After conceding the opening goal to Russell at 4:42 of the second period, Upper St. Clair goaltender Kyle Rohrich was forced to leave the ice on one foot to replace the blade of his left skate Backup Jake Fisher entered the game in temporary relief. The Raiders took advantage of that by scoring a short handed goal on Fisher – the only shot he faced before Rohrich’s return.

Andrew Woomer eventually got the Panthers on the board at 10:05 of the period, but Chris Belt scored his first of two goals with 58 seconds remaining to give the Raiders a two goal advantage again.

Belt added his second of the game 6:24 into the third period. Zach Fairfull trimmed the Seneca Valley lead to 4-2 with 3:30 remaining, but Russell got his second goal less than a minute later to seal the 5-2 upset for Seneca Valley.

Rohrich stopped 28 of 32 shots on goal in the loss, with backup Jake Fisher allowing a goal on the only shot he faced.

Robbie Halyama stopped 22 of 24 in the win for Seneca Valley.

Seneca Valley will move on to the semifinals where they will face Peters Township at the RMU island Sports Center on Thursday, Mar. 12 at 9 p.m. 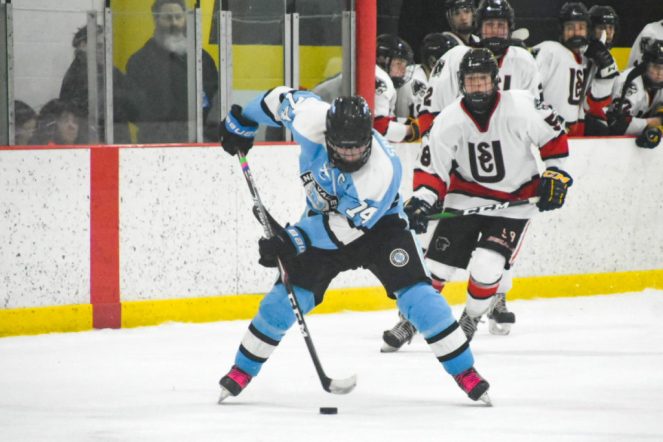 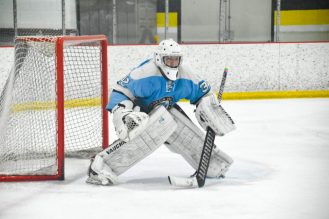 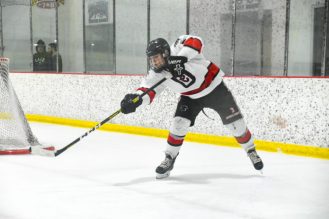 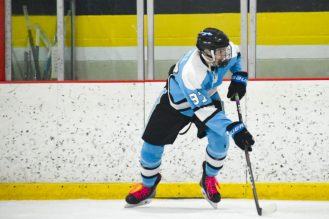 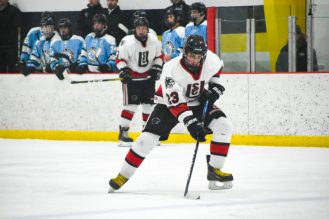 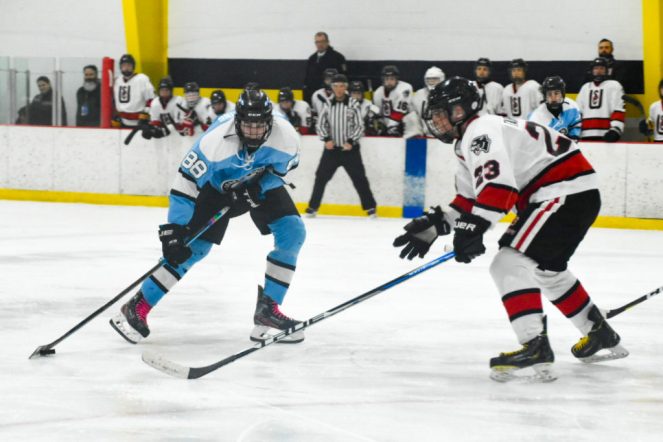 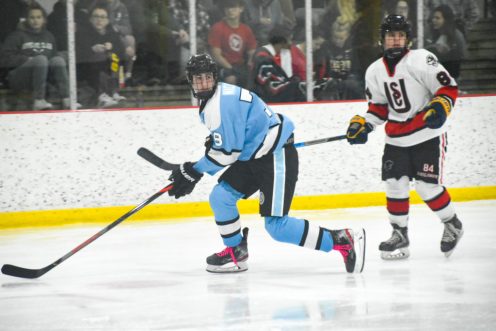 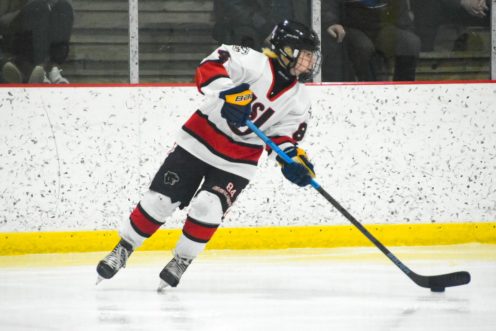 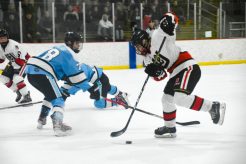 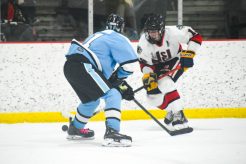 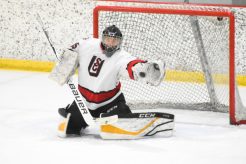 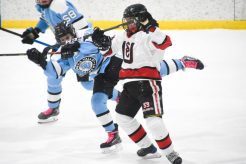