CRANBERRY TWP., Pa. — The Slippery Rock Pride avenged their 8-1 loss a week prior to the Robert Morris Colonials by shelling the Mercyhurst Lakers, 7-1, on Friday night at the UPMC Lemieux Sports Complex. Kevin Koett, who entered the contest with one goal and one assist in 16 games on the season, scored three goals to record a hat trick as the Pride continued a gauntlet of 10 straight conference games in the second half of the season.

Besides more occasional 4-on-4 opportunities, the game was physical, but clean. Regardless, Slippery Rock had no intention of repeating their performance from the previous week, as John Seibert gave the Pride a 3-0 lead just over three minutes into the second period. Koett got his second of the game at 10:45 and Connor Scott made it 5-0 just five minutes later.

The Pride then went on their first power play of the game – and the first for either side – and promptly took full advantage when Antonio Esposito made it 6-0 just five minutes into the third period. Koett finished the hat trick at 11:37, Mercyhurst managed one goal to get on the board in the waning minutes, and Slippery Rock took the 7-1 victory to improve to 7-9-2 overall and 4-2-1 in conference play.

Saturday’s victory was much closer than Friday’s, as Slippery Rock edged by Mercyhurst, 4-3 in overtime, at the Mercyhurst Ice Center. 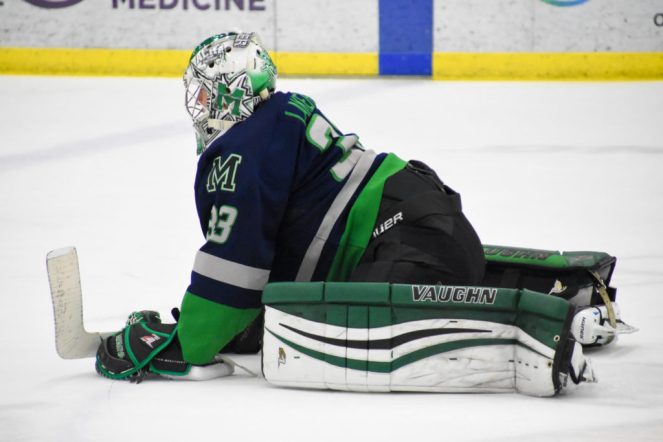 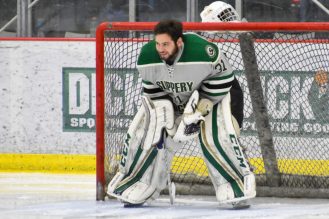 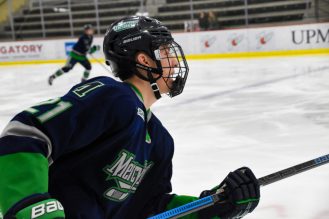 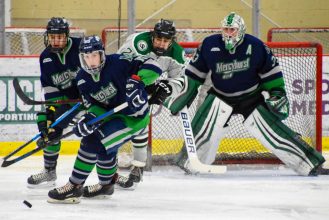 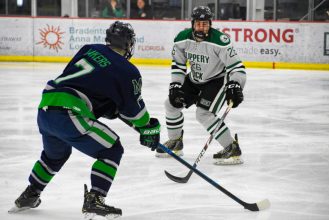 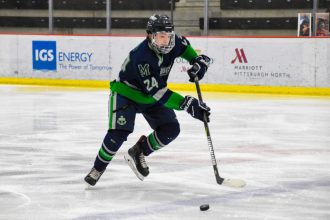 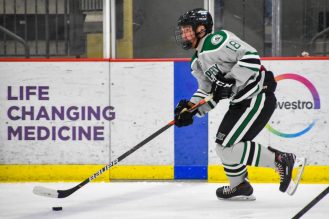 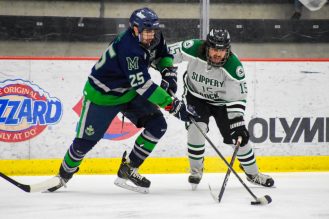 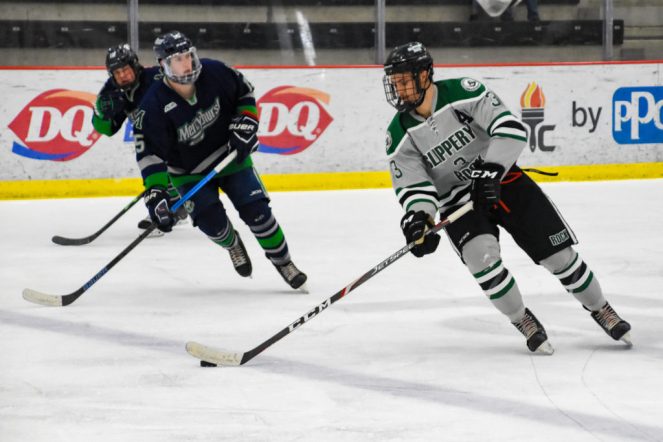 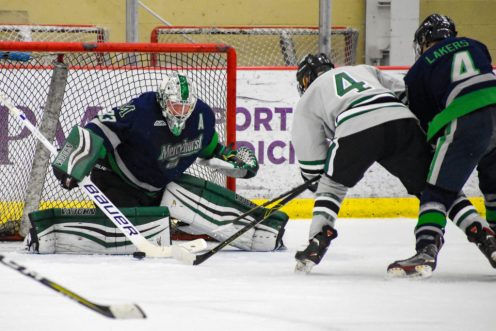 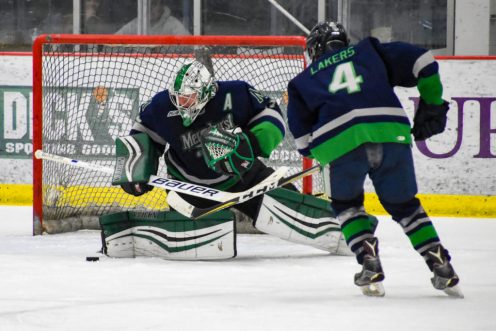 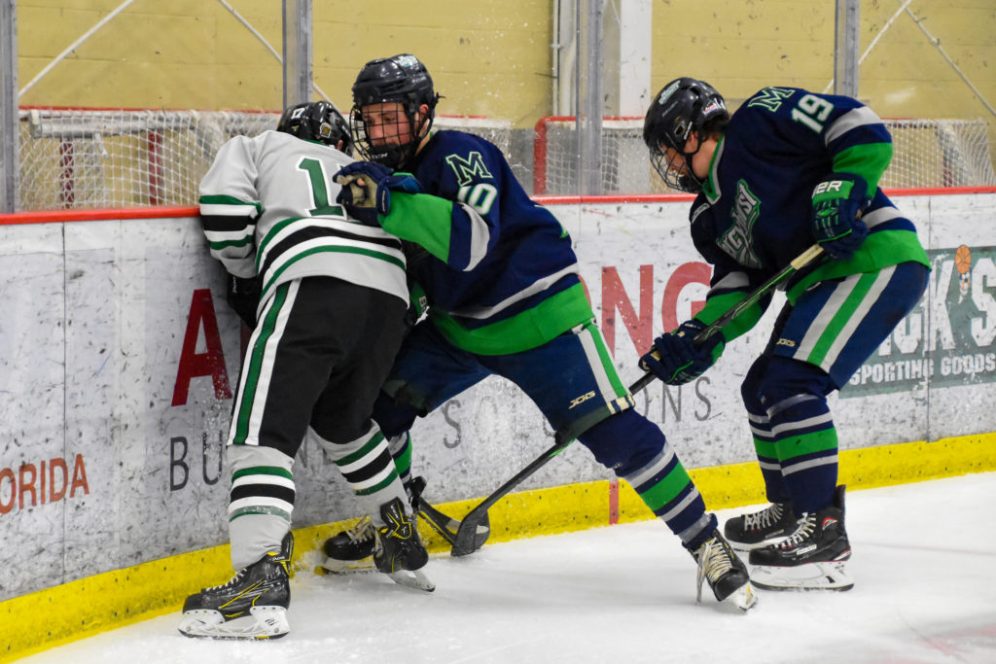