South Park goaltender Shane Peremba (00) makes a save against the Norwin Knights in a 5-2 win on Monday night at Ice Castle Arena. -- ED MAJOR II

CASTLE SHANNON, Pa. — Tom Quirin scored the game-winning goal and added his own insurance to complete the come-from-behind victory for the South Park Eagles as they defeated the Norwin Knights, 5-2, Monday night at Ice Castle Arena.

With both teams looking to climb out of the shadow of second place in their respective divisions – Norwin in the Southeast and South Park in the Southwest – it was the Knights who looked like they were ready for the challenge early on. Logan Marsalko scored 1:30 into the first period, putting an Aidan Rosko pass behind Eagles’ netminder Shane Peremba. He added a second goal – a power play tally – at the end of the first period at 15:37 to extend the Knights’ lead to two goals.

After some penalty trouble in a first period that featured four South Park penalties, the Eagles started the second period the same way. Norwin started the period with 1:31 left on a South Park penalty, a Riley Orr high-sticking minor, but South Park seemed to play better with one less forward on the ice, as Kirk Steward scored shorthanded on goaltender Sam Coll with five seconds left on the penalty kill. Nick Sperber tied the game 2-2 with an even strength goal just over a minute later. During what was a remarkably cleaner period than the first, Quirin eventually added the go-ahead goal at 13:03 to give the Eagles their first lead of the game.

The third period, which turned out to be another penalty-filled affair, featured Quirin’s second goal of the night on a Mason Pivarnik interference minor. Aidan Rosko had already been called for a boarding minor and 10-minute misconduct prior to that. South Park sent several players to the box at the 12:37 mark of the period as Nick Sperber was called for two minor penalties – roughing and unsportsmanlike conduct. In the end, Peremba stayed strong in net for South Park and held off any and all comeback attempts from Norwin, as Garrett Brecosky put the empty net goal in to seal the 5-2 victory.

Peremba saved 30 of 32 shots on goal for his ninth win of the season.

Norwin goaltender Sam Coll saved 18 of 22 shots on goal in the loss.

South Park improved to 11-2 and moves into a tie for first place in the Class-1A Southwest division with Thomas Jefferson. The Eagles will open the second half of their season – the final seven games of a 20-game schedule – by traveling to Wesbanco Arena on Tuesday, Jan 7 to face Wheeling Park at 7 p.m.

Norwin fell to 8-2 and remains in second place in the Class-1A Southeast division, three points behind Bishop McCort. The Knights will open the second half of their season at the Mt. Lebanon Ice Center to face the Chartiers Valley Colts at 9:10 p.m. on Monday, Jan 6. 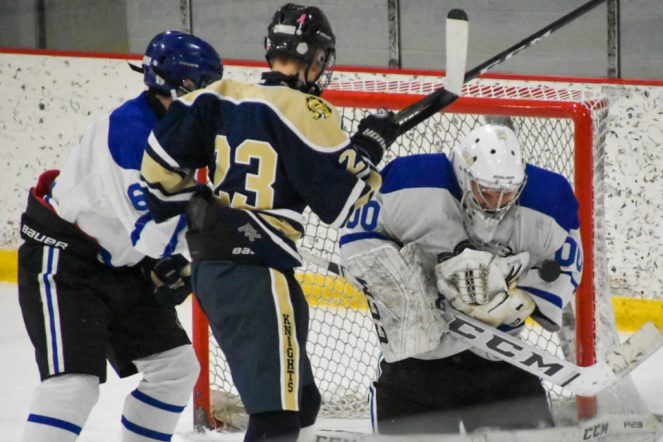 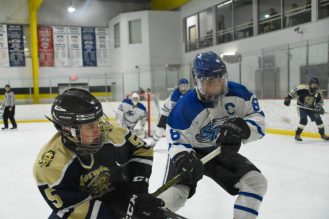 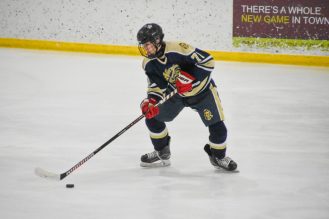 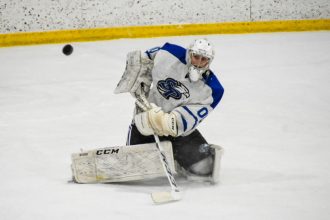 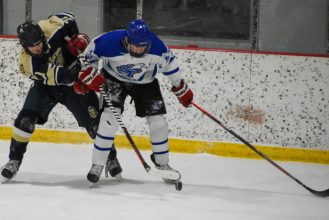 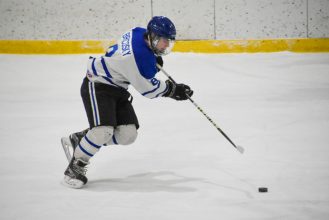 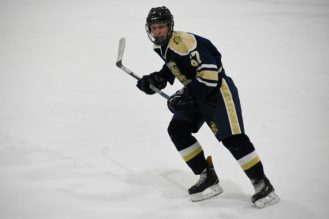 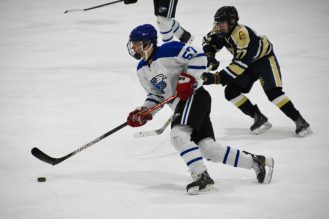 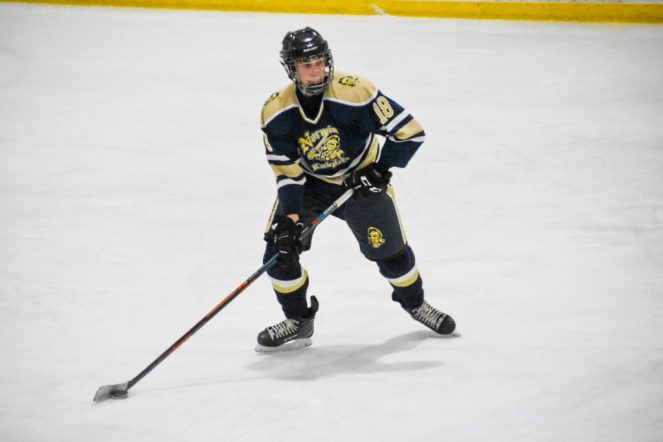 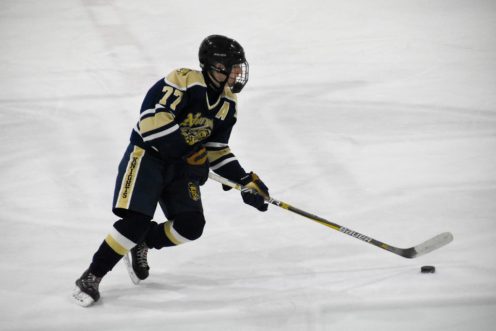 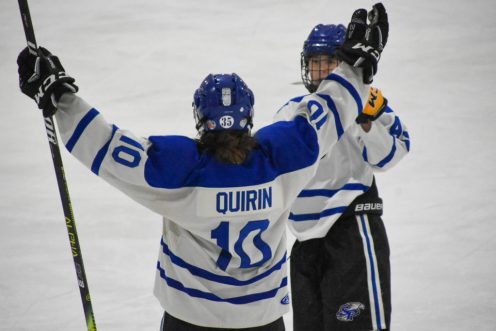 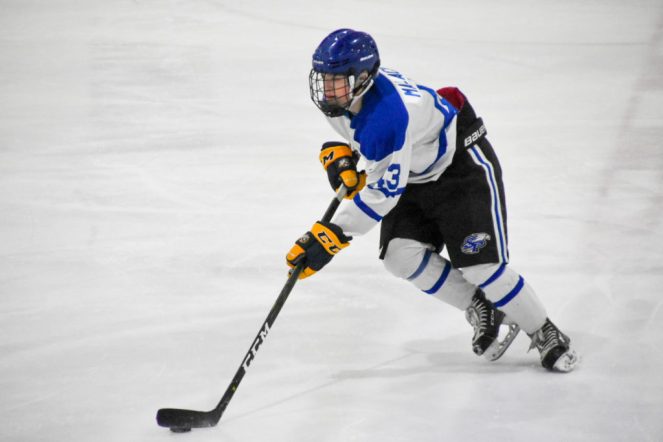 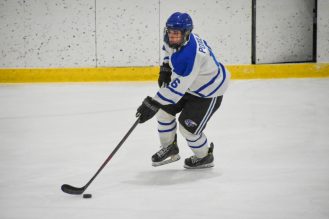 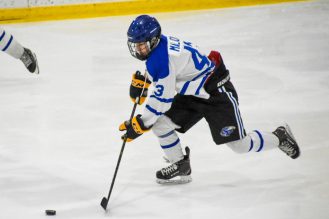