Matt Miller, a local product from East Palestine, Ohio, chases a puck into the corner for Ohio State on Saturday — Ed Major II

ALLENTOWN, Pa. — The Midwest Regional of the 2018 NCAA men’s hockey tournament started off as a defensive struggle, but ended with a 4-2 Ohio State victory as Upper St. Clair alum Luke Stork, Moon’s Matt Miller and the Buckeyes advanced on Saturday afternoon.

At the end of the first period between the Ohio State Buckeyes and the Princeton Tigers, Ohio State led in shots, 11-7. The stat that mattered most, though, was the 2-0 lead they took into the first intermission. Mason Jobst and Kevin Miller tallied the goals midway through the first, just 20 seconds apart. While the Tigers had chances, they couldn’t cash in during the first period.

They did, however, start the second with a two-man advantage. Unfortunately for Princeton, the Ohio State penalty kill would not break. The Buckeyes were dominant during the second, carrying their two goal lead into the second intermission.

The third period proved that the ice was tilted in the Buckeyes’ favor. Tanner Laczynski added to Ohio State’s lead early in the period and teammate Freddy Gerard made it a four goal lead just over halfway through. Stork, assisted on Gerard’s goal.

The excitement was only getting started, though. Ohio State goaltender Sean Romeo made several close saves in front of the net as Princeton started to become more aggressive. Finally, Princeton’s Matt Nelson rifled one past Romeo with 26 seconds left. Nelson later assisted on teammate David Hallisey’s goal with just under 10 seconds to play to cut the lead in half. Unfortunately, there was no more magic left for the Tigers. Ohio State will play the winner of Penn State and Denver on Sunday at 6:30 p.m. 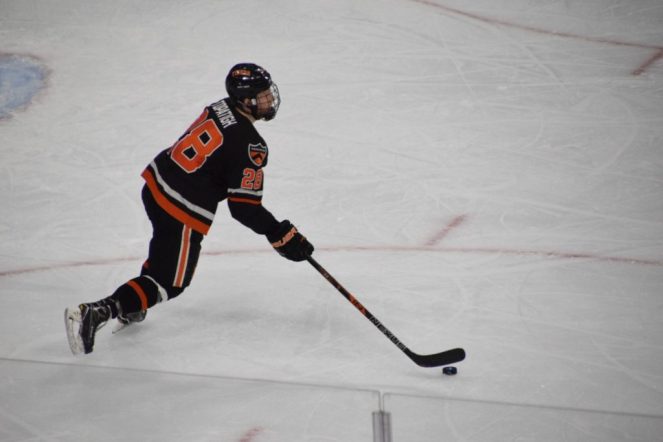 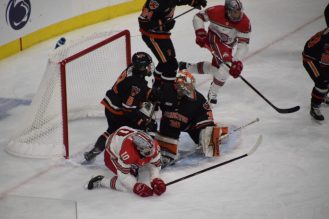 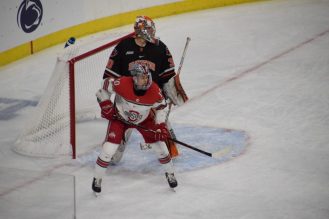 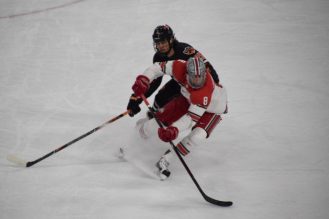 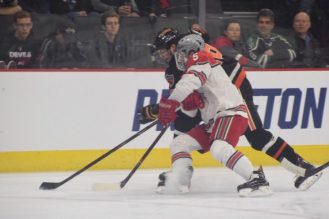 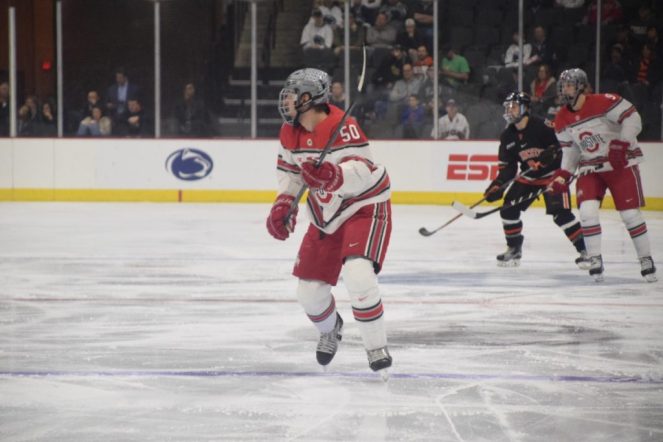 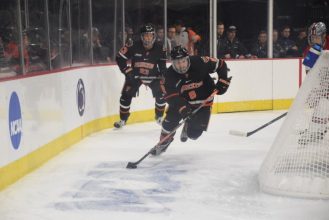 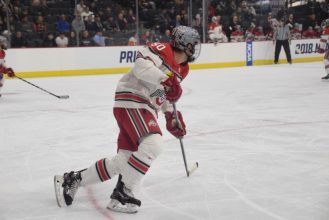 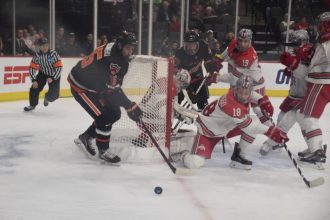