NEVILLE TWP., Pa — Senior Lexi Templeman secured her first career hat-trick on the first three goals of the game as Robert Morris rolled over RIT 7-0 on Saturday at Clearview Arena at the RMU Island Sports Center.

Templeman began her assault on the scoresheet early, scoring a tip-in on a rebound at 4:49 of the first, followed by a tap in on a 7:28 Michaela Boyle shot that hit the crossbar and a shot from the slot that capped off the feat at 13:52.

“You come off of a nice win where you feel like you played a solid 60 minutes,” Paul Colontino said. “I think you come back the next day and nobody’s overconfident, everybody’s grounded. We get a great start, then get three goals from your captain, who’s literally setting the stage. I think that was huge and the rest of the team hopped on the bus with it.”

Not to be outdone, sophomore Marah Wagner added two goals of her own in the second, book-ending a wrap-around shot by Kyleigh Hanzlik and Leah Marino tip in the slot.

Arielle DeSmet started in net for the Colonials and had an easy go at it, stopping all 14 shots she faced on the day for her second shutout of the season and fourth career. The Colonials peppered Tigers starter Emma Stephen and relief goaltender Taylor Liotta, finishing the game with 45 shots on net.

The Colonials outburst was the largest since they defeated Brown 11-0 on 10/20/2017, Templeman’s first collegiate year and one in which she scored her first multi-point game, as well as her first career points and goal. The natural hat trick, as well as Wagner’s two-goal effort, were the first hat-trick and third multi-goal effort for Robert Morris on the season – and only the second time a player scored multiple goals after last night’s two-goal performance by sophomore Maggy Burbidge.

“It feels awesome!” Templeman spoke of her first hat-trick.  “It’s been a long time coming but I’m really glad it finally happened! Definitely a milestone I’ve been reaching for!”

VARIETY IS THE SPICE OF LIFE

With the game out of reach for RIT early, Robert Morris head coach Paul Colontino used the opportunity to take a look at various line combinations in a game situation. Mackenzie Krasowski and Molly Pedone took advantage of the opportunities presented, seeing extended shifts and at one point were anchored by senior Emilie Harley – a converted defender who played her first two seasons at center for the Colonials.

“There’s nothing to test things out like the actual test,” Colontino said. “You don’t get to be in that situation too many times where you can get different people [penalty killing]. We might be in a scenario where [Emilie] Harley was once a centerman, where she may have to play center for a game. People exposed to different situations in a non-stressful situation.”

Harley’s shift was actually a double, one that saw her start with Krasowski and Pedone and end with fellow senior Emily Curlett on the back-end. 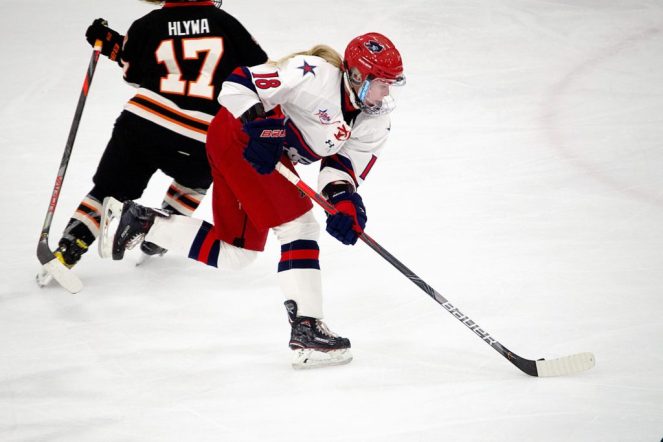 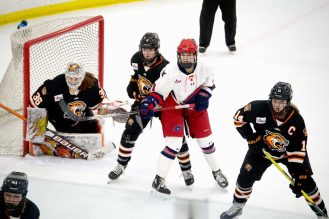 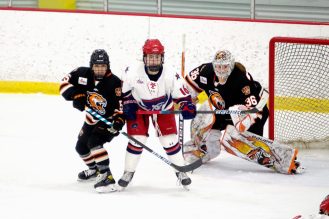 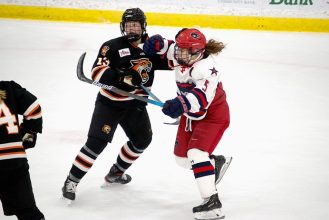 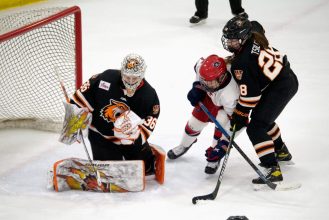 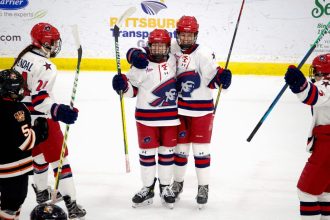 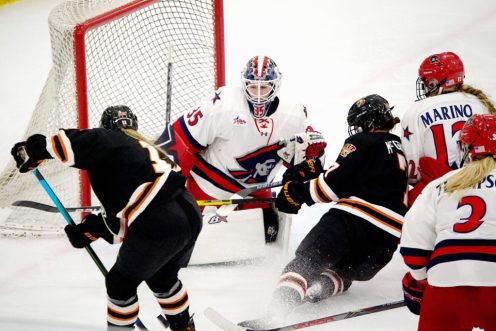 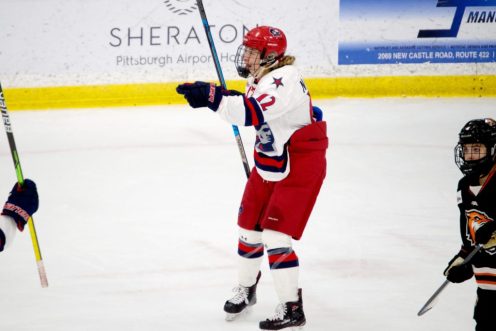 Robert Morris has a quick turnaround and heads up I-79 for a matchup with the Mercyhurst Lakers at 2:00p.m. on Tuesday, Feb 02.