GREENSBURG, PA. — Hunter Fairman scored twice as Thomas Jefferson put on a defensive clinic in the first two periods before Hempfield fought back in the third, and the Jaguars defeated the Spartans 6-4 on Thursday night at Kirk S. Nevin Arena. The Spartans trailed 6-0 in the third, but were unable to complete the ferocious comeback.

While the Spartans came into the contest undefeated this season, it was the Jaguars who looked like the dominate squad throughout the contest, holding Hempfield to a total of 5 shots through the first two periods of the contest. At times Thomas Jefferson made it look like there were seven or eight players on the ice each time the Spartans gained control of the puck, suffocating an offense that had scored 5.8 goals per game in their first five games.

The Jaguars opened up the contest with goals from Duane Sontheimer and Riley Holzer, and bookended Fairmans effort with tallies from Will O’Brien and Brady Rotolo.

Hempfield came alive in the third, however as Aidan Dunlop recorded two goals before the 10 minute mark of the frame to cut the lead to four, and Jacob Holtzman cut it to three at 6:41. A Nick Bruno goal brought the Spartans back within two before a Caden Spehar penalty gave Thomas Jefferson a late advantage with the two goal lead.

Special teams had a hold of the game, as Thomas Jefferson finished 3-7 on the advantage, while Hempfield scored both of Dunlop’s goals on the power-play, going 2-3 on the day. 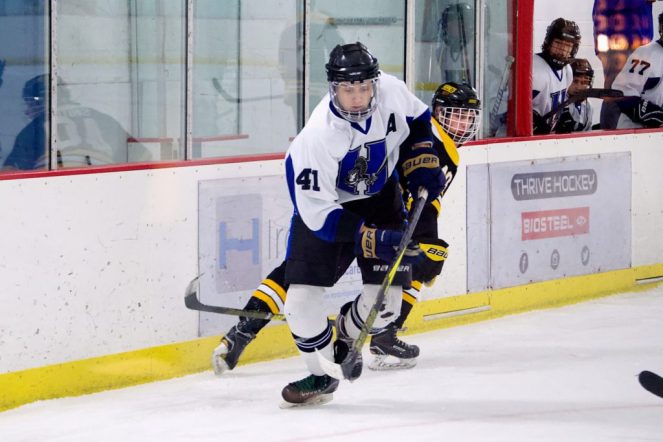 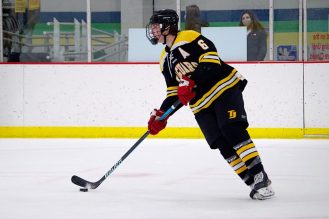 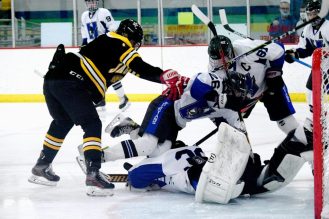 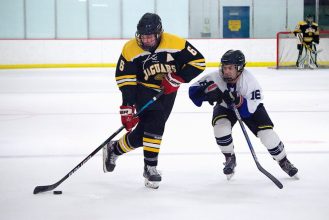 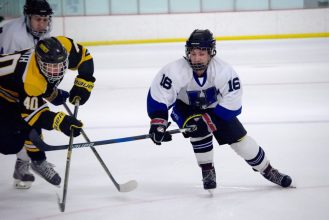 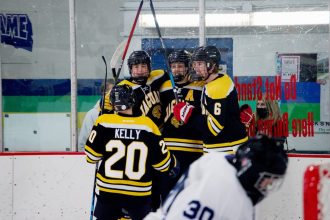 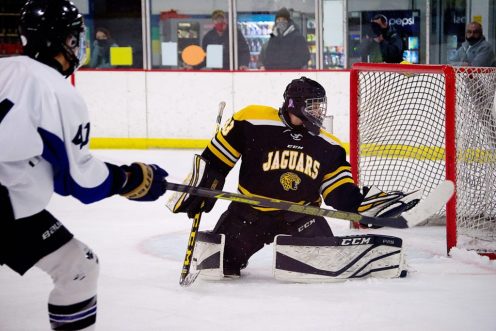 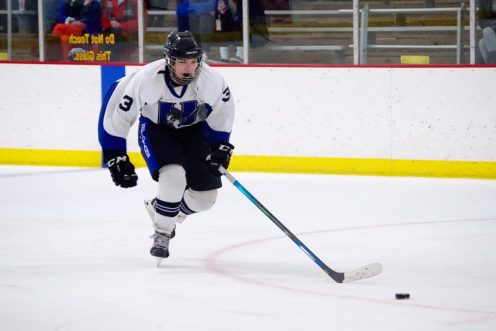 Thomas Jefferson (4-2) hosts Plum at Ice Castle Arena Monday at 7:00pm. Hempfield heads to Warrendale for a date with the Moon Tigers the same day, game time is scheduled for 9:00p.m. from Baierl Ice Complex