Robert Morris will have a changing of the guard at the goaltender position in advance of the 2019-20 season, as Francis Marotte, the Colonials’ all-time leader in wins, will transfer from the program, and another veteran goalie will transfer in.

Marotte, who was the starting goaltender for each of the last three seasons at RMU, will transfer to Clarkson for his final season of eligibility. Replacing him will be former Ferris State starter Justin Kapelmaster, who will be transferring into Robert Morris. Both goaltenders will be graduate transfers and immediately eligible with one season of collegiate play remaining.

Finnish freshman Roni Salmenkangas got the majority of the playing time for Ferris State, despite slightly worse overall numbers. It was a reduction in role for the Kapelmaster, who had played 19 games as a freshman and 17 games as a sophomore. 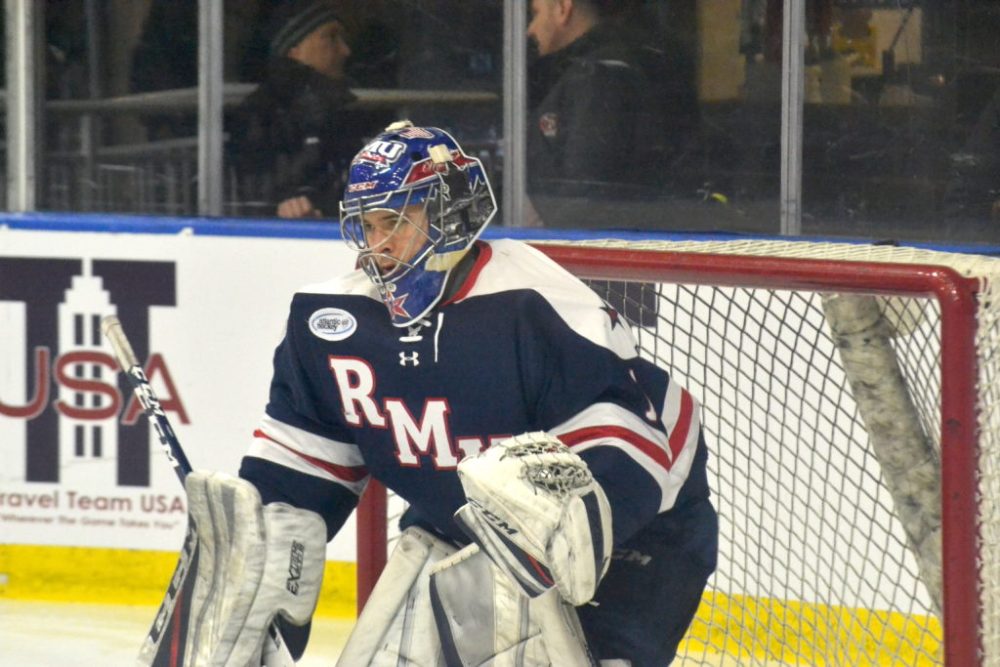 Marotte, 24, was a surprise starter in 2016-17, when an injury do veteran goaltender Dalton Izyk thrust the Longueuil, Quebec native into a starting role. He responded well, putting up a .931 save percentage and a 2.08 goals-against average while leading the Colonials all the way to the Atlantic Hockey tournament final.

Since then, Marotte has been a workhorse for RMU, playing 38 games in 2017-18 and 40 games in 2018-19 while taking the Colonials two another AHC championship game and the semifinals in this past spring.

He will be familiar to some Pittsburgh college hockey fans, as Kapelmaster was named to the 2016 Three Rivers Classic all-tournament team after backstopping the Bulldogs to an upset of Boston College in the third-place game. He set a tournament record by stopping 58 of 59 shots.

Because his transfer paperwork is not yet official, RMU head coach Derek Schooley cannot yet comment on Kapelmaster. An RMU spokesperson declined to comment on Marotte leaving the team.