Trinity was able to battle Carrick stride-for-stride for the first ten minutes of the period, only yielded a goal to Aiden Forcucci at the 2:45 minute mark on a four-on-four. Ian Norkevicus’ goal at 10:10 began a barrage to the net that didn’t cease for the remainder as Alex Wright, Fetzer’s first two, and a goal from Kyle Levick gave the Cougars a 6-0 lead by the end of the first.

Tanner Heidkamp, Zach Connolly and Fetzer’s hat-trick goal rounded out the scoring in the second, and a running clock from the 10-minute mark of the second quickened the contest.

Carrick added a tenth goal off of the stick of Connelly in the third. Anthony Perry stopped all ten shots he faced for his first shutout of the season.

The Cougars locked up the No. 2 seed in the South and with one game remaining await their first-round dance partner, who may be Wilmington or Bishop Canevin. 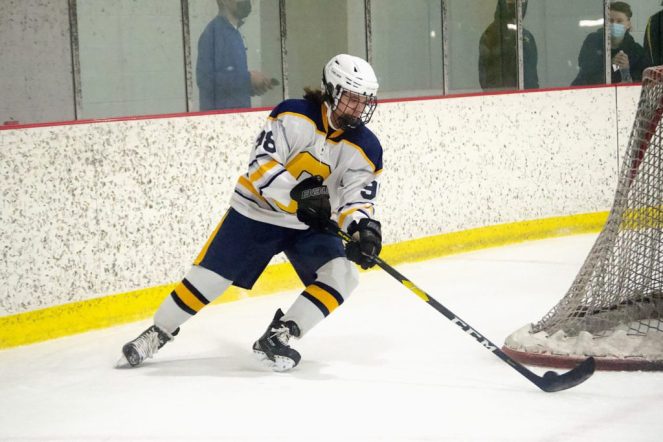 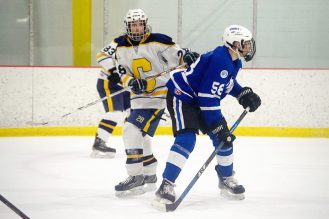 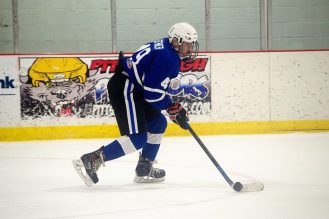 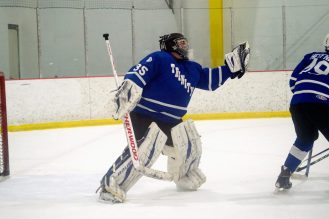 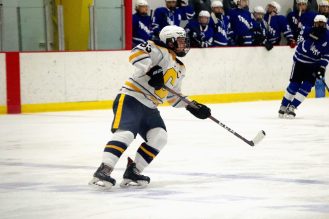 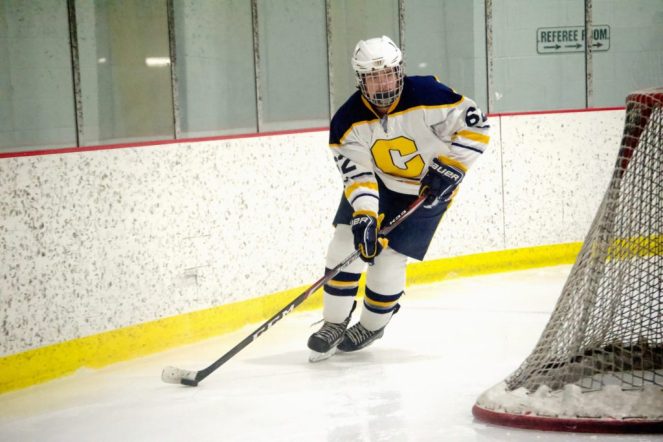 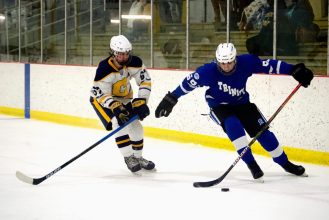 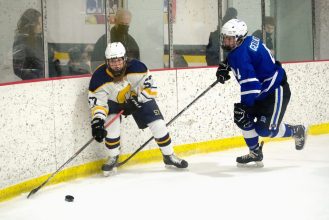 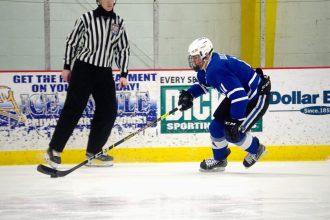 Carrick closes out their regular season next Thursday, March 26 against Central Valley at Ice Castle. Face-off is scheduled for 7:00 p.m. The Cougars have a make up game against Morgantown, which may or may not be played due to the number of games remaining. Trinity heads to Brady’s Run in Beaver to face Central Valley on Thursday, March 18 at 9:05 p.m.