Cole Ferri attempts a shot in the first period during a 6-4 Greater Latrobe win over Penn-Trafford. Ferri recorded 1G and 1A on the night. (Images by Jared Todhunter)

The Wildcats Captain, Lane Ruffner, got Latrobe on the board first, firing a slap shot from the point while on the Power Play. Josh Coffee scored just under 2 minutes later. Colten McCutcheon earned his first goal of the game late in the first period to give the Wildcats a 3 goal lead.

JD Robinson continued the moment for Latrobe scoring just :13 seconds into the second period and McCutcheon recorded his second at 2:07.

While it took some time, Penn-Trafford started to show some life after Ryan Mickey got the Warriors on the board during a scrum in front of the net.

Cole Ferri was credited with Latrobe’s final goal of the night at 1:06 of the final period.

The Warriors fought the rest of the game and Ethan Tamborski was a big contributor to a possible Penn-Trafford comeback. Tamborski scored the Warriors second goal of the night at 4:53 and was awarded an assist on Jack Sieber’s Power Play goal at 7:54. Almost exactly a minute later, Jack Hughes got the Warriors within two of Latrobe. That is where the run would end as Latrobe cracked down defensively.

Vinny Amatucci was between the pipes for the Wildcats and finished the night stopping 18 of 22 shots on goal.

Mason Smith got the start for Penn-Trafford but got replaced early in the second period after allowing 5 goals on 16 shots. Smith ended the night with 19:07 of playing time. Replacement Jackson Kerrigan gave his team every chance to come back, stopping 16 of 17 shots on net. 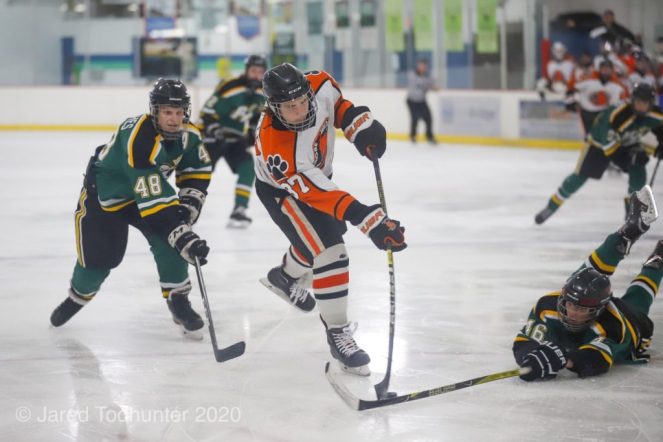 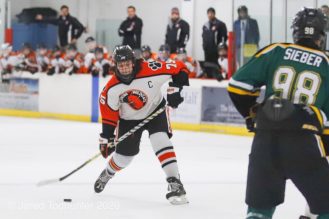 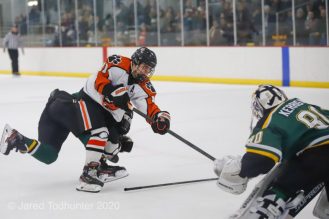 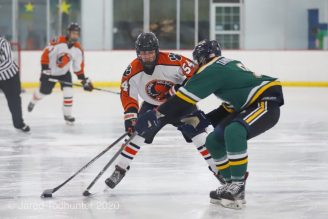 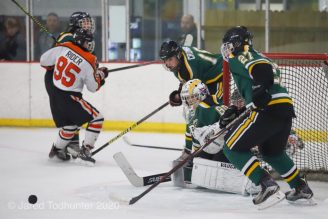 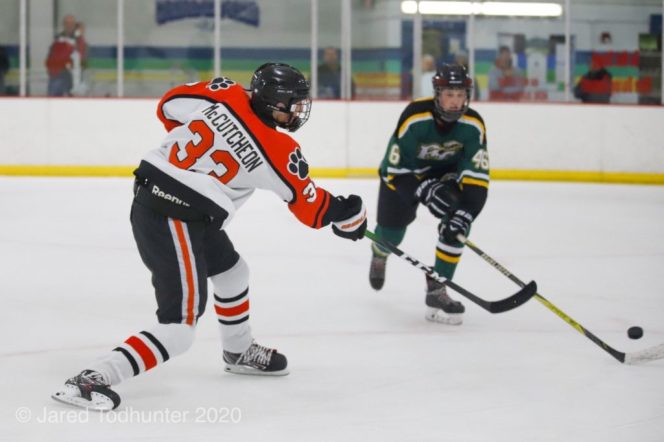 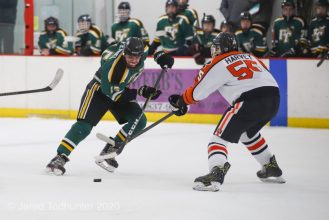 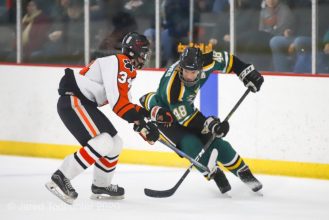 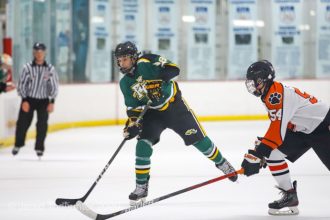 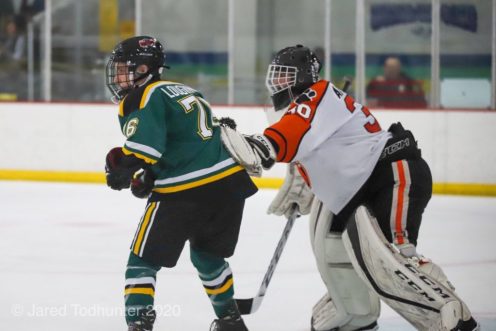 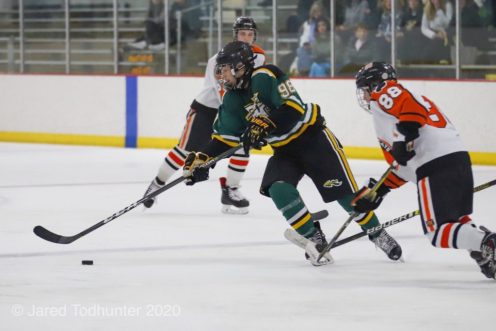 Greater Latrobe will travel up to the Frozen Pond to face Hampton on Monday, Jan. 20th, at 9:10 P.M.

Penn Trafford will face another unbeaten team when they welcome Baldwin to Center Ice Arena on Tuesday, Jan. 21st, at 8:30 P.M.