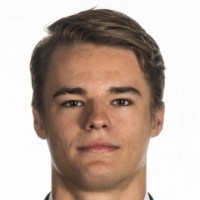 Johnstown Tomahawks forward Dalton Hunter (Latrobe) had four goals and three assists in three games. On Feb. 2 in a 9-1 win over the Northeast Generals, Hunter scored a power play goal early in the second period that would be the game-winner, then added his first career shorthanded goal later in the game.

Hunter also had a two-goal, three-point night against the Generals Feb. 4. He’s now tied for the NAHL lead with 24 goals and is second in the league with 45 points. Hunter was named the NAHL East Division Star of the Week for his efforts.

New York Rangers forward J.T. Miller has been handing out apples. Miller had five assists in three games last week. It started in the third period of a 6-4 loss to Columbus Jan. 31, when Miller assisted on a Michael Grabner goal. He then had helpers on both New York goals in a 2-1 win over Buffalo Feb. 2. One was on the power play by Mats Zuccarello, followed by an even strength marker by Chris Kreider. Against Calgary Feb. 4, It was Grabner again and Jesper Fast that were the recipients of Miller’s passing.

In the Columbus-New York game that got Miller’s streak rolling, Blue Jackets forward Brandon Saad (Pine-Richland) had a goal and an assist and he added another assist against Pittsburgh Feb. 3 for a three-point week. … Anaheim goaltender John Gibson went 1-1 on the week while stopping 63 of 66 shots — good for a .955 save percentage.

Hershey Bears goaltender Parker Milner continued to impress at the AHL level, stopping 29 of 31 to earn his second straight win Feb. 4 against St. John’s, but Milner was returned to ECHL South Carolina later in the week. He also played one game with the Stingrays this week, stopping 29 of 33 in a 5-2 loss. Milner now has a .937 save percentage and a 2.00 goals-against average at the AHL level this season.

Wheeling Nailers forward Cody Wydo (Robert Morris) had a goal and an assist. … Reading Royals defenseman Derik Johnson and South Carolina Stingrays forward Patrick Gaul each recorded an assist. … Defenseman Alexander Kuqali was traded from Florida to Quad City and was an even with one shot in his Mallards debut.

Pensacola Ice Flyers forward Aaron Clarke (Robert Morris) had a goal in a 3-2 loss to Roanoke Feb. 4. The tally was Clarke’s fourth of the season, his highest total since 2013-14. … Fayetteville FireAntz forward Joe Harcharik (Robert Morris) recorded an assist Feb. 2 at Columbus. Harcharik is second on the team with 14 helpers this season and the FireAntz have won six consecutive games.

Sophomore forward Michael Gornall (Pens Elite) of No. 14 North Dakota (NCHC) had a pair of goals against St. Cloud State Feb. 4. The two tallies were Gornall’s first scores of the season and give him three in his collegiate career. … Freshman defenseman Matt Miller (Moon) had an assist for No. 12 Ohio State (Big Ten) against Michigan Feb. 3. After playing sparingly in the first half, Miller has now dressed in five straight games.

Cornwall Colts (CCHL) defenseman Shawn Baird had a goal and an assist in two games. Baird has been heating up as of late. He has 12 points on the season, but has seven points in his last eight games. … Kemptville (CCHL) forward Adam Alavi (Peters Twp.) had a goal and two assists as the 73’s went 3-0 last week. … Soo Eagles (NOJHL) forward William Casey (Pens Elite) had a goal Feb. 3 against Blind River.

Cedar Rapids Roughriders (USHL) forward Liam Walsh (South Fayette) scored the game-winning goal in a 3-2 victory over the Madison Capitols Feb. 3. Walsh’s goal came with just 1:23 remaining in the third period and was his third goal of the season.

Johnstown Tomahawks forward Tommy Horn (Mt. Lebanon) had two goals and two assists, Adam Pilewicz (Quaker Valley) had a goal and three assists and Logan Stork (Upper St. Clair) had a goal and two assists as the Tomahawks swept the Northeast Generals in a three-game series. … Amarillo Bulls forward Brendan Walkom (Moon) scored a goal Jan. 31 against Odessa. He’s now fourth on the team in scoring and second with 15 goals