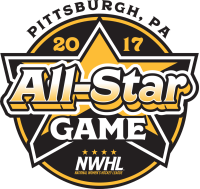 Click for more coverage of the 2017 NWHL All-Star Game.

CRANBERRY TWP, Pa. — If fans were expecting a relaxed, laid-back and easygoing National Women’s Hockey League All-Star game, they had another thing coming.

Almost immediately after the puck dropped, Meghan Duggan send Kelley Steadman locked into a battle for a loose puck, neither letting her foot off the gas for one second. They crashed into the net, displacing the goal and goaltender Brittany Ott and setting the tone for the rest of the game.

The players from Team Kessel, captained by Amanda Kessel, and Team Steady, captained by Steadman, didn’t hesitate to put on a show and make matters intense.

While players weren’t being slammed into the wall — it was an all-star game, after all — it was played fast, with quick and intensity. There was also the occasional collision that would get the crowd echoing “Oooh!”

The game was also fast-paced when it came to scoring. Team Kessel led Team Steady going into the competition, 3-2, due to points being awarded from the Skills Showdown on Saturday night. At the end of the first half, the game went to intermission with Team Kessel leading 8-7.

In the first half, Team Kessel had goals scored by Kessel (two), Megan Bozek, Rebecca Russo and Harrison Browne. For Team Steady in the first quarter, goals were scored by Madison Packer (two), Brianna Decker, Emily Pfalzer and Kelly Babstock.

In the second half, the scoring wasn’t as plentiful, but there were goals from Browne, Hilary Knight and Kessel finished off her hat-trick. For Team Steady, Alex Carpenter, Haley Skarupa and Steadman scored in the second half. However, it was Team Kessel that took the win, 11-10.

After the game, both team captains talked about how the intensity of the game matched a regular season NWHL game.

“We came in prepared like it were any other game,” Kessel said. “Everybody was doing a full warm up and we all went in doing anything we could to win. A lot of people were taking full-out slapshots, blocking shots and just going 100 percent.”

“We definitely wanted to come out and play hard, both teams,” Steadman said. “After that first shift, when Duggan put me into the net I thought, ‘Okay, let’s go.’ It was fun and both sides played hard. We wanted to show the crowd what it was like in a real game, which is physical and fast.”

The players had the crowd to their feet multiple times, and even had opposing chants of “Steady” and “Kessel” going. However, as Steadman joked around after the game, it was mainly her dad doing the Steady chants. 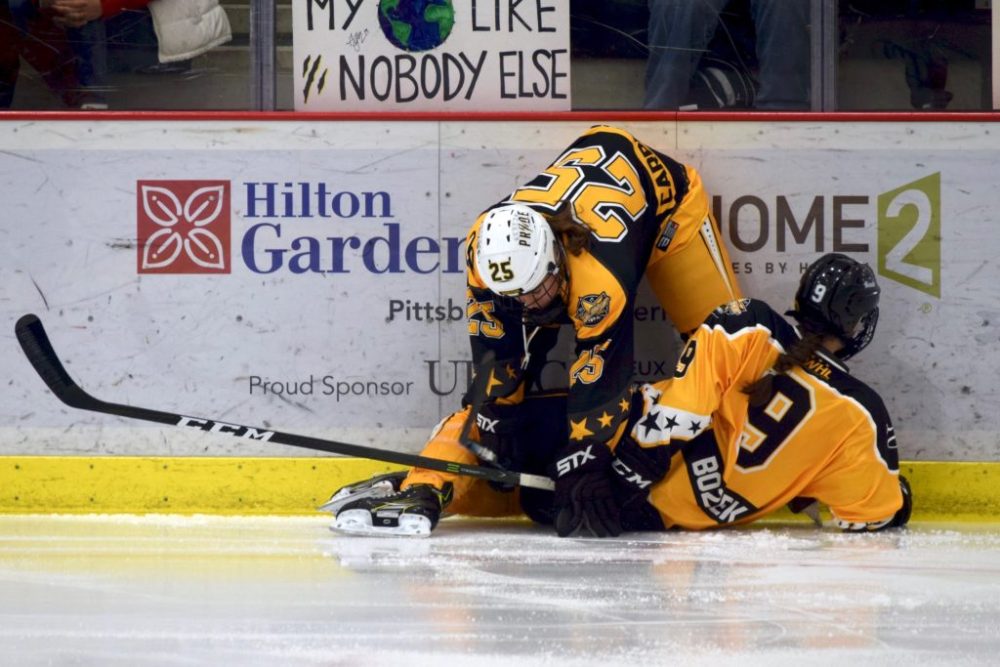 After the game, both players again touched on the topic of a possible expansion team in Pittsburgh, noting that it would be the perfect city for professional women’s hockey.

“There’s such a following here with all the youth programs around the area,” Steadman said. “I’ve said it all along that it’s a great sports city. People are passionate here. Any support we can get is great, and I think moving forward we see how much they support women’s hockey. From the Penguins organization down, everything has been great.”

Now, the players will return to their club teams to finish out the regular season and make a run in the postseason for the Isobel Cup.