Steven Fennel and company celebrate his first goal on the night in a 10-5 Penn-Trafford Victory over Franklin Regional. Fennel ended the night with 2 goals and 1 assist.

SALEM TWP., Pa. — Both teams headed into this shared ice rivalry on 4-game losing streaks and it was the Penn-Trafford Warriors who prevailed, coming away with 2 points and a chance for the post season, with a 10-5 win over the Franklin Regional Panthers.

Trent Lunden got Franklin Regioanl within one just past the two minute mark of the second period before a 4 goal surge by Penn-Trafford in less than three minutes. Scoring for the Warriors was Bennett Dupilka, Ethan Tamborski, Ryan Mickey and Nate Fetsick.

Jake Rettger was the other goal scorer for the Panthers in the second period.

The final period was much like the second as Penn-Trafford recorded four more goals by Nate Loughner, Fennel (his second of the night), Brandon Grkman and Jack Sieber.

Zachary Zeto, Joe Scherpereel and Rettger did what they could for Franklin Regional as each found the back of the net in the final period.

Mason Smith got the start in net for Penn-Trafford and ended his night stopping 18 of 23 shots on net.

Franklin Regional went with Gunner Fulton in net who stopped 27 of 37 shots on net. 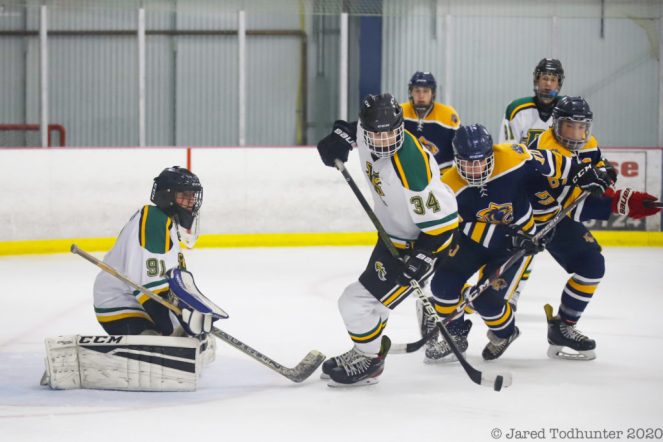 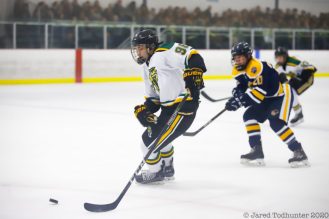 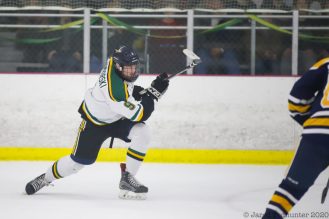 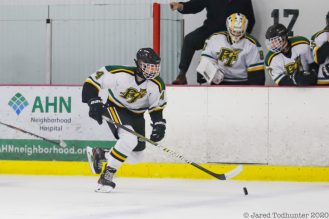 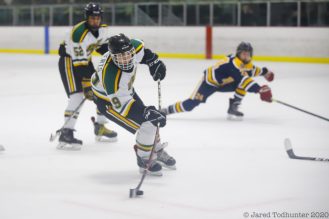 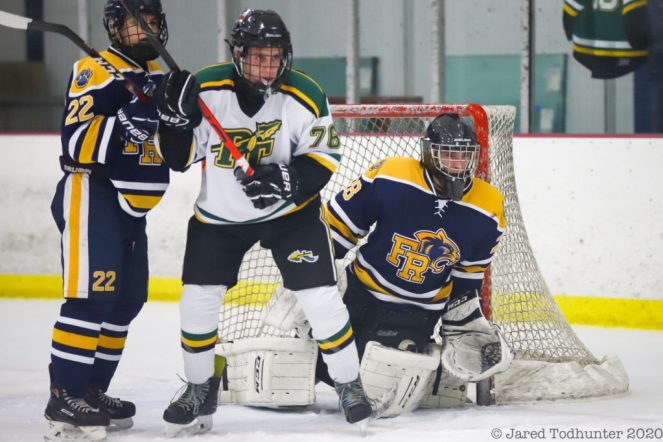 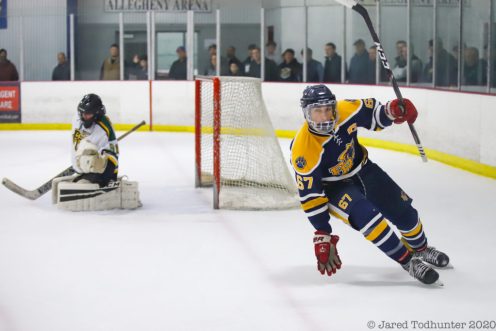 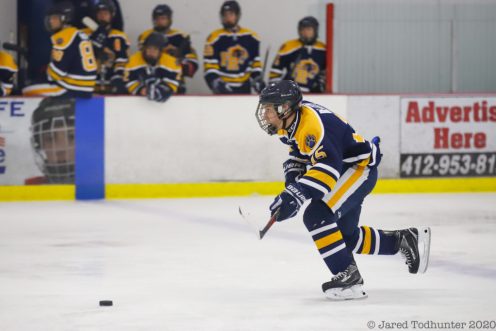 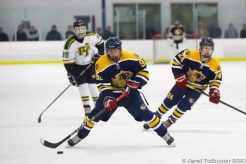 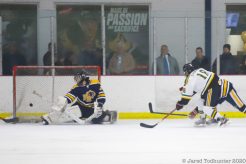 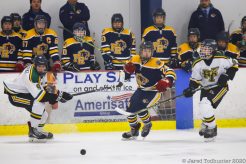 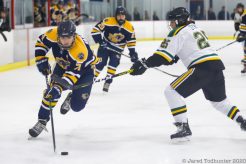 Franklin Regional stays in a tie with Hempfield in points but are still currently out of the playoffs as the Spartans hold the head-to-head tiebreaker.

Despite winning tonight, Penn-Trafford still has to win both of their last games. One of those games will be against Hempfield, which could decide whether or not the Warriors make the post season. Along with finding ways to win, the Warriors will have to see Franklin Regional and Hempfield lose their remaining games in regulation time for a chance to sneak in.

Penn-Trafford will continue their home stand when the Hempfield Spartans come for a visit to Center Ice Arena on Tuesday, Feb. 18th, at 6:30 pm.