ERIE, Pa. — The Robert Morris Colonials took on the Mercyhurst University Lakers to complete their back-to-back home-and-home series against in-state rivals. Coming back from two losses to Penn State the previous weekend, the Colonials rebounded with a 5-2 victory over the Lakers Saturday night in Pittsburgh.

Sunday, the Colonials completed the sweep with a 5-3 victory. The Lakers started the scoring with a goal from Jonathan Charbonneau, and held the 1-0 lead into the second. The Colonials came back with power play goals from Timmy Moore and Eric Israel in the second. There were give goals in the third period: three for RMU and two for Mercyhurst.

The Colonials and Lakers will take a week off for the holiday. The Colonials will return to Pittsburgh for their Three Rivers Classic at PPG Paints arena Dec 29th & Dec 30. Lake Superior State, Providence College, and Arizona State will join them for the event. The Lakers will finish up 2017 in conference play against RIT Dec. 29 and 30 at home. 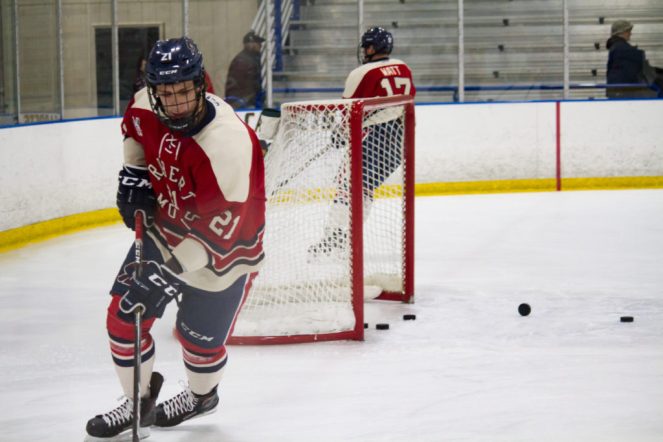 Rob Powers warms up before the game. 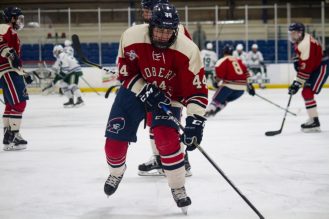 Matt Graham returns to the lineup this weekend after an injury. 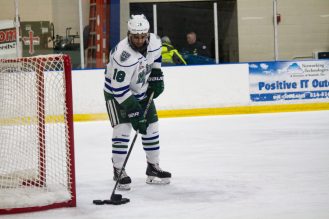 Patrick Piacentini warms up before the game. 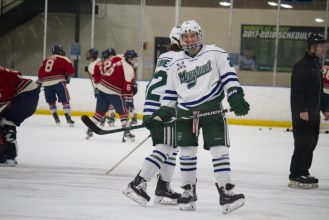 Joseph Duszak laughs with teammates while warming up with the Lakers. 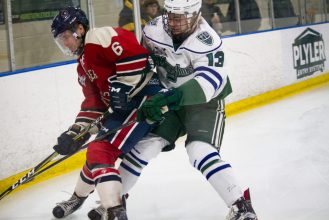 Joshua Lammon pushes Nick Jenny into the boards during the first period. 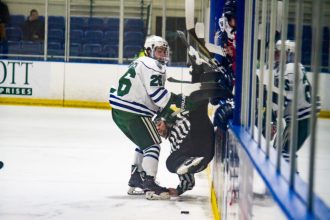 Derek Barach checks a ref into the benches during the first period. 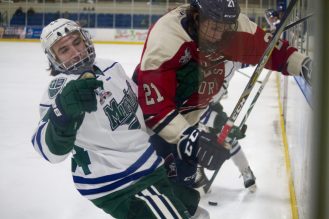 Bryan Sienerth takes a hit from Rob Powers during the first period. 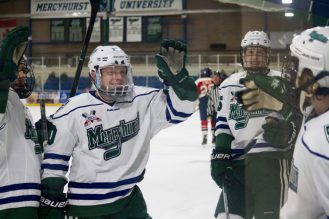 Lakers take an early lead from a Charbonneau goal. 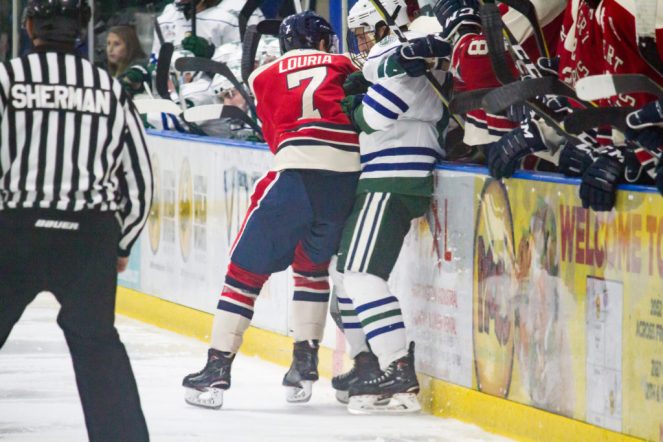 Mike Louria checks Patrick Piacentini into the RMU bench during the first. 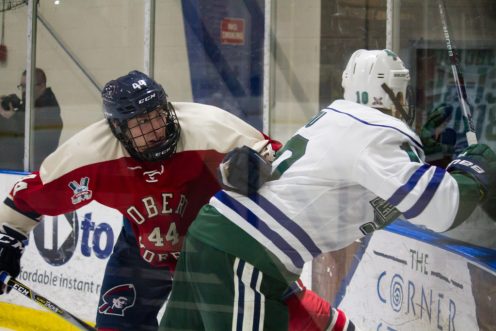 Matt Graham steadies himself after hitting Jeremy Wu during the second period. 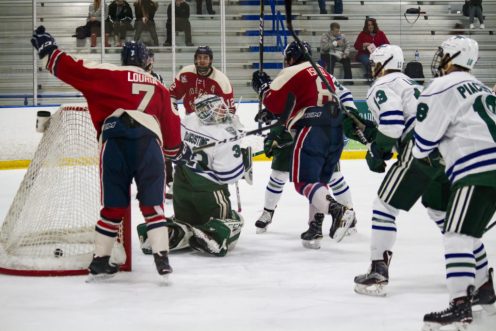 Mike Louria celebrates after Eric Israel sinks one on the power-play. 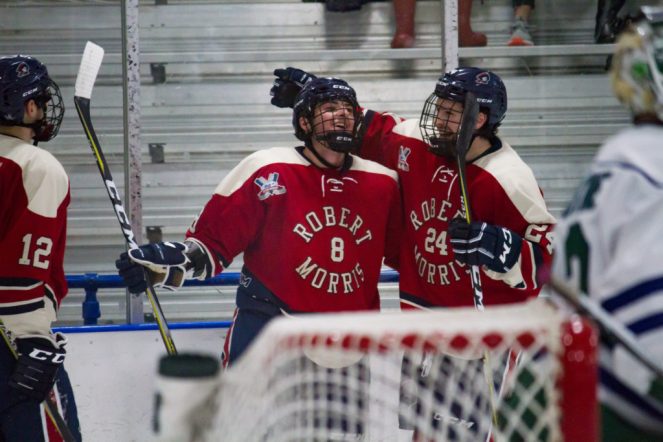 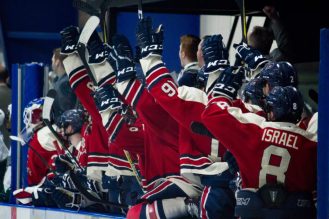 RMU Bench after Alex Tonge scores in the third. 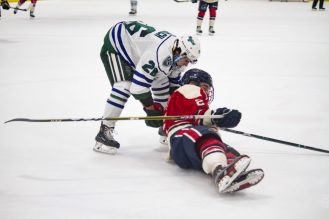 Alex Bontje slides across the ice after taking a mid-ice hit from Derek Barach, sliding him into the boards. 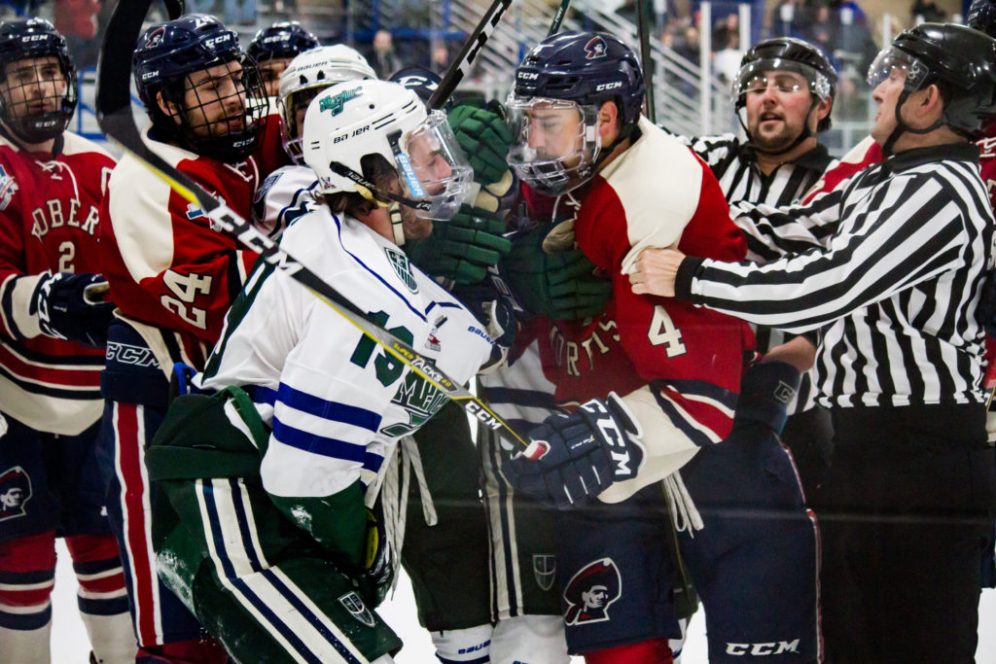 Taylor Best and Elie Ghantous both found roughing penalties at the final buzzer after throwing punches.