The RMU Band spells out Bobby Mo while cheering on the Colonials during the third.

NEVILLE TWP., Pa. — Brittany Howard returned to the lineup for the Colonials and scored three minutes into the first period for the only goal in Robert Morris’ 1-0 win over Lindenwood.

With the goal, Howard tied 2015 alumna Rebecca Vint for the career goals record with 73 and also recorded her 170th point.

Elijah Milne-Price, recorded her third shutout of the season.

The two teams will return tomorrow for the final game of the season for the RMU Island Sports Center with a puck drop at 1:05 p.m. The Colonials will honor their seven seniors with a small ceremony before the game. 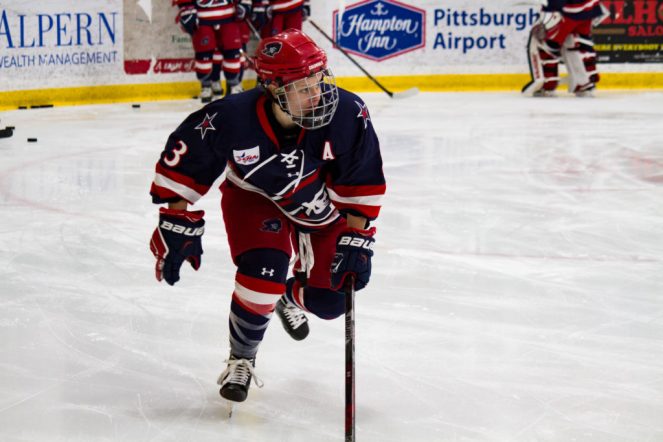 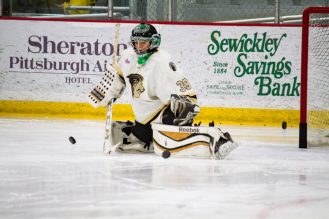 Lauren Hennessey warms up with the Lindenwod Lions. 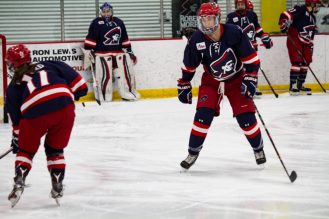 Kirsten Welsh warms up with the RMU Colonials. 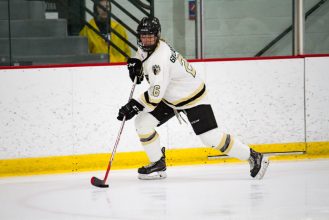 Britannia Gillanders warms up with the Lindenwood Lions. 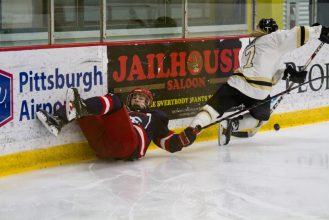 Emily Curlett and Sierra Burt both trip and slide into the boards. 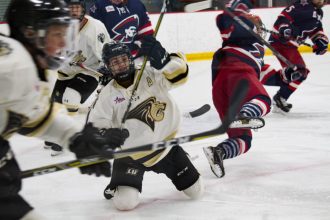 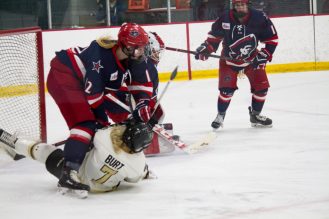 Leah Carey holds down Sierra Burt in front of the net during the first. 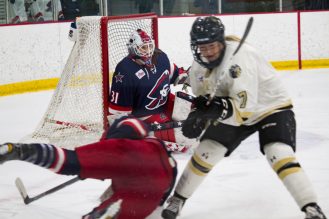 EJ Milne-Price watches as the Lions and Colonials battle in front of the net. 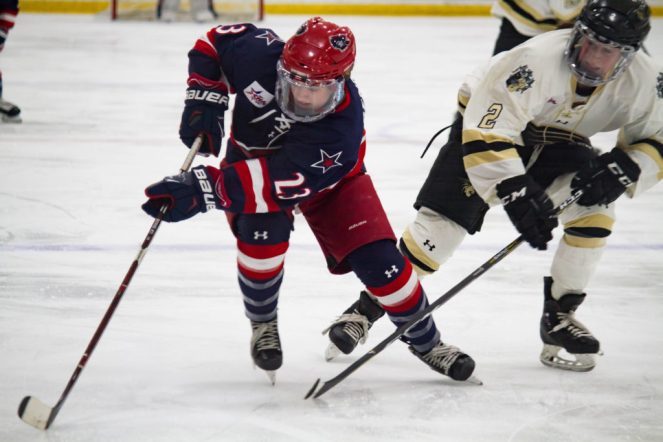 Amber Rennie handles the puck during the second. 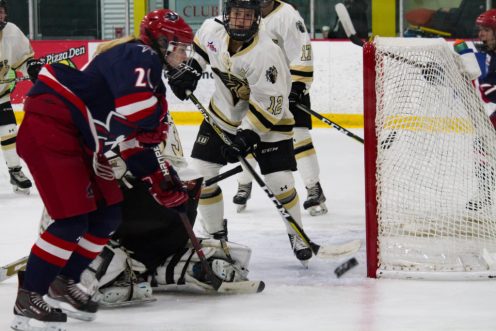 Ally Larson shoots the puck out of the net behind the goalie during the second. 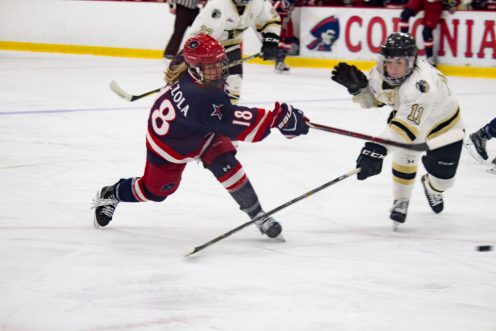 Jessica Gazzola shoots the puck past Erin Near during the second. 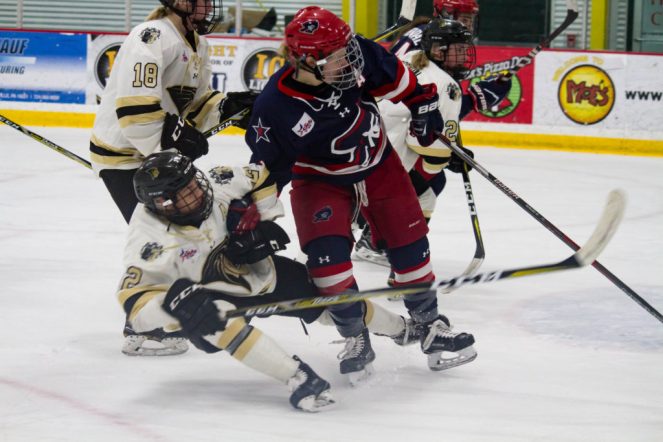 Brittany Howard pushes Ally Larson to the ice during the second. 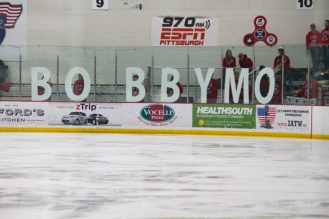 The RMU Band spells out Bobby Mo while cheering on the Colonials during the third. 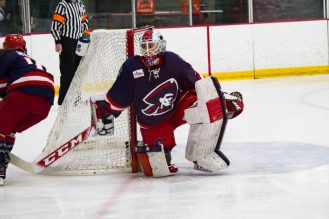 EJ Milne-Price records her third shutout of the season. 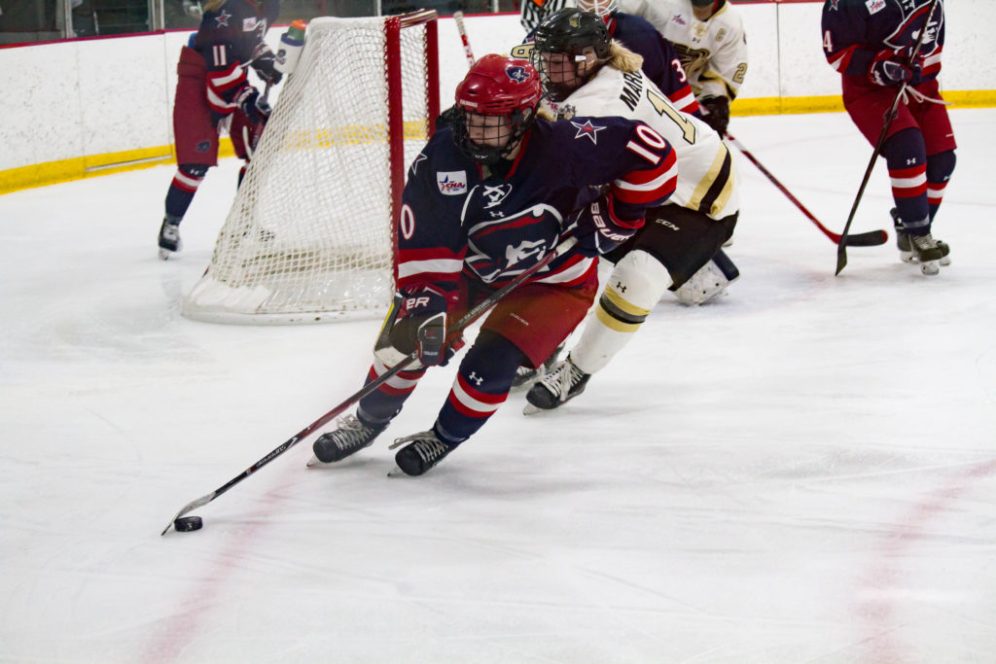 Lexi Templeman handles the puck during the third.