The Confluence Cup, ready for presentation in 2016. -- BRIAN MITCHELL

Once again, any one of the three has a way they can go home with what is becoming a quite coveted trophy. One is a recent National Champion, one has a longstanding legacy as an upper echelon team and the third is an upstart program in its third season looking to make a huge statement.

Providence College, Lake Superior State University and Arizona State University make their way to Pittsburgh this year, each with a set opponent for Friday night while on Saturday, the winners advance to the title game.

Let’s have a closer look at RMU’s potential foes. 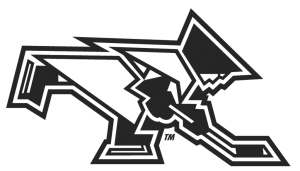 The Friars come into the weekend currently ranked No. 11 in the USCHO.com poll and have wins over currently ranked Hockey East rivals Boston College, Boston University and New Hampshire. They’ll be considered the favorite and with good reason as they have the best record and play in arguably the toughest conference in NCAA Hockey.

Providence is led up front by Massachusetts native Erik Foley, who is currently averaging 1.31 points a game and is on pace for a 40 plus point season. On the defensive side, Las Vegas Golden Knight draft pick Jacob Bryson leads the way with 11 points thus far.  Between the pipes, junior Hayden Hawkey has seen the bulk of the action so far this season racking up a 2.61 GAA with a 9.06 save percentage.

Friars sophomore winger Kaspar Bjorkqvist was a second-round pick of the Pittsburgh Penguins in the 2016 draft. He has six goals and two assists in 18 games for Providence this season.

The last time the Friars took the ice, they hosted RMU conference rival RIT and came away with a split, winning an 8-3 decision on Dec 8, while dropping the second game 4-0 the following night.

The Friars might be the favorite, and if they bring their work ethic and get rid of the rust early they should take care of business on Friday night versus Arizona State. If that comes to pass, look for a possible dogfight versus the RMU/Lake Superior State winner as the Colonials are a very tough out in this tournament and have taken care of ranked opponents with no problem. And, the Lake Superior State Lakers would be extremely motivated to end 2017 on a high note and to carry some momentum into the second half should they be able to take down the Colonials.  Providence could take care of either opponent, but could be ripe for the taking, especially if should RMU advances. 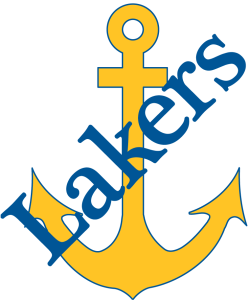 It’s been a rough year for the Lakers thus far, but the Three Rivers Classic offers a good chance for them to go for broke and perhaps try a few new wrinkles before they continue play in the WCHA. The highlight so far for the Lakers was a 3-3 tie on the road against defending national champion Denver. But the rest of the first half have seen the wins few and far between.

The Lakers are led by senior forward J.T. Henke ,who has managed six goals and 15 assists thus far while William Riedell and Lukas Kaelble lead a light-scoring defensive corps with three points each. The Lakers have had troubles both with five on five scoring and with keeping pucks out so far this year and in the net they have usedNick Kossof (3.39 GAA, .905 save percentage) and Mareks Mitens (3.67 GAA, .892 save percentage) in fairly even amounts during the first half of the year.

Depending on which team shows up, the Colonials could be in for an opportunity for tweaking and tuning while winning, or in a real dogfight if the LSSU team that tied Denver shows up during the late game on Friday. The Lakers will need outstanding goaltending performances from either net minder and will need to make the most of their power play, which comes into the weekend scoring at a 20% clip. Look for the Lakers to wind up playing the early game on Saturday evening, but their Friday game versus RMU might be a one goal difference.

Between the years 1988 and 1994, Lake Superior State made four Frozen Four appearances and won three national championships during that span.

For the Arizona State Sun Devils, it’s been another season of growth as the program now enters the midway point of its third year of existence. But don’t let their record fool you, Arizona State is capable of bringing it against quality opponents, as evidenced by victories over Holy Cross and Princeton and a pair of ties versus Colorado College and Nebraska-Omaha.

The Devils are led by sophomore Brett Gruber, who comes into the weekend with 13 points in 18 games thus far and Tyler Busch who leads the team with six goals.  Scoring has been hard to come by on a consistent basis, and the power play has not been their friend thus far, scoring at a meager 10.4% clip.  In between the pipes, sophmore Joey Daccord has been the go to guy with 17 games played and a 3.25 goals against average coupled with a .911 save percentage.

Expect Arizona State to potentially give Providence all they can handle should the Friars not come out prepared or shake off the rust quick enough. If it is still a close contest midway through the second period on Friday night, an upset win could be very much in the works. Most likely though, they’ll be looking at an early start to their Saturday while they play in the third place game versus the loser of RMU/Lake Superior State.

Sun Devils center Austin Lemieux, a Sewickley native and the son of Penguins owner Mario Lemieux, is redshirting in his freshman year and won’t be participating this weekend.

The Sun Devils managed two wins and a tie versus ranked opponents in 2016-17.