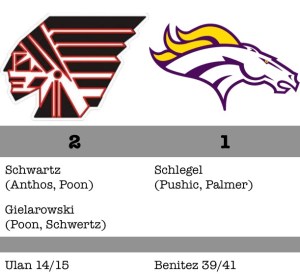 Conner Gielarowski’s spinning backhand goal midway through the second held up as the winner, as the Indians (15-3-1) locked up a meeting with fourth-seeded North Allegheny in a PIHL semifinal next Thursday, March 15 at RMU Island Sports Center.

Plum (7-12-0) took a 1-0 lead on Logan Schegel’s finish of a beautiful Domenic Borriello pass just six minutes into the game, putting the favorites on their heels for a few minutes.

But top Peters Township sniper Torrey Schwartz buried his 14th goal of the season off the rebound of Geoffrey Poon’s point shot with five minutes left in the first to get the home team back on level footing. Adding to the playoff drama, Schwartz had just missed on a penalty shot moments prior to his tying goal.

The Indians, who outshot Plum 41-15, kept the pressure on throughout the night, taking their first lead when Poon’s attempted dump-in deflected wildly off a partition in the glass and right to Gielarowski in the slot. Peters Township’s co-scoring leader whipped a one-touch backhand under Plum goalie Sergio Benitez’ legs for the final goal of the game.

There were chances for both sides in the third, though.

Benitez made the finest of his 39 saves when he got his mask in front of Ryan Lee’s point-blank chance in the middle of the final frame. Also, Plum defenseman Colin Patton miraculously blocked Jack Lang’s look at a wide-open net with four minutes left, keeping the Mustangs’ season alive.

At the other end, Schlegel nailed the crossbar with a right-circle wrist shot early in the third. Most dramatically, there was a wild scramble for a loose puck in the final five seconds after Peters Township goalie Adam Ulan stopped Donovan Palmer’s desperation one-timer. Time ran out with the Mustangs still fishing for the puck, keeping the Indians’ repeat hopes viable.

Although Ulan blanked Plum, 1-0, in the meaningless final game of the regular season last week, he was nonetheless a surprising selection to start for Peters Township coach Rick Tingle. Part of a rare four-goalie rotation during the season, Ulan participated in the Class AAA all-star game but played just four games for the Indians.

Yet, with sophomore Alex Wilbert on the bench — the same goalie who helped Peters Township to a state title last spring — Ulan presided over a playoff victory for the first time in his varsity career.

The unexpectedly tight decision Tuesday sets up a Peters Township-North Allegheny semifinal matchup for the third straight March. Two years ago, North Allegheny came from behind to beat the Indians in overtime; last year, Peters Township routed the Tigers, 7-0, en route to collecting its second Penguins Cup and state crown in four seasons.

As for Plum, the Mustangs complete their first Class AAA season with back-to-back losses after a 5-2 surge pushed the defending Class AA Penguins Cup champs to a playoff berth. Despite posting the worst goal differential (minus-37) in Class AAA and facing the team with the best differential (plus-29) in Peters Township, their upstart season still came down to the buzzer. 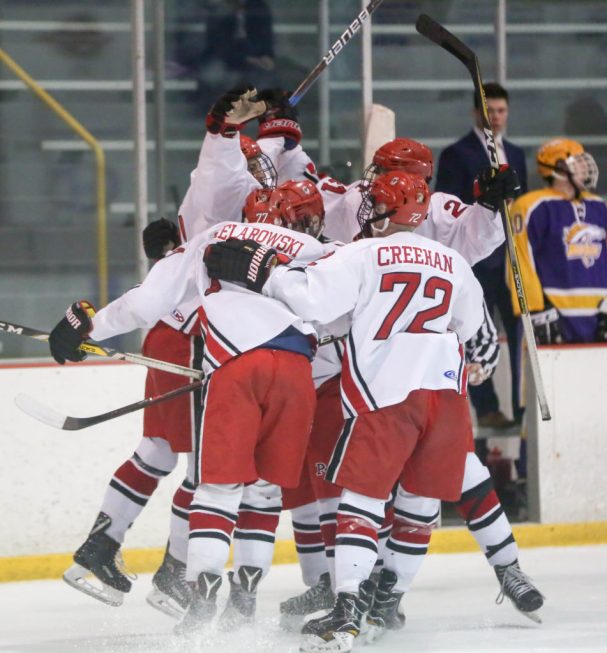 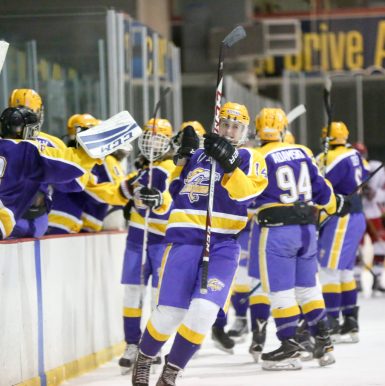 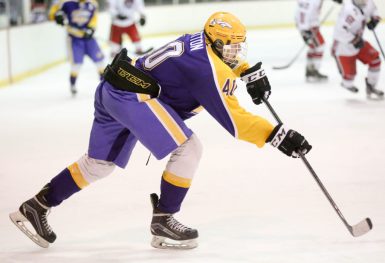 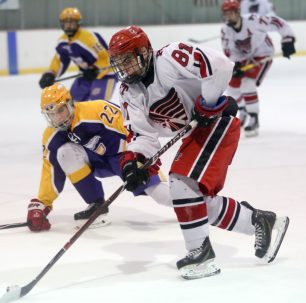 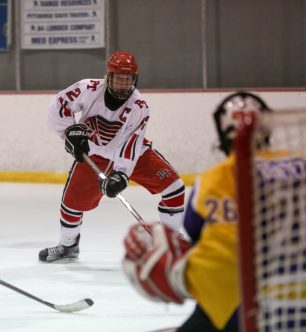 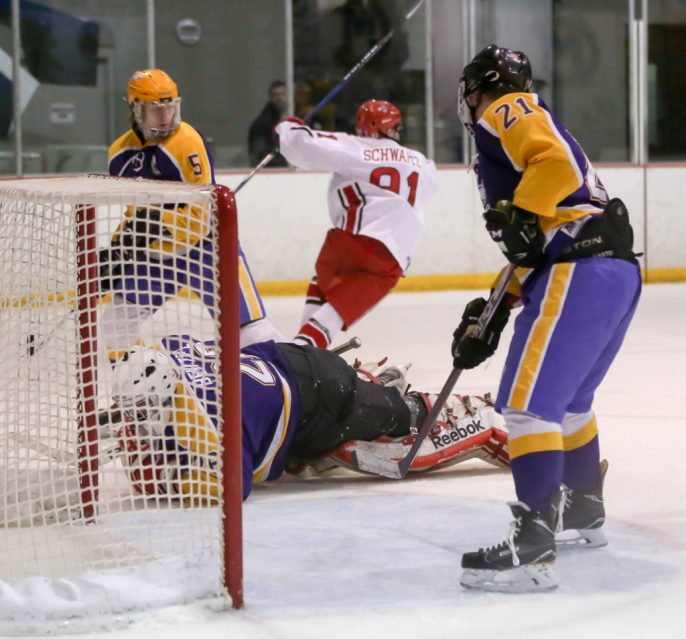 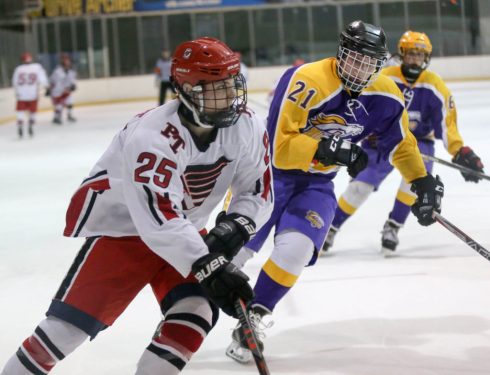 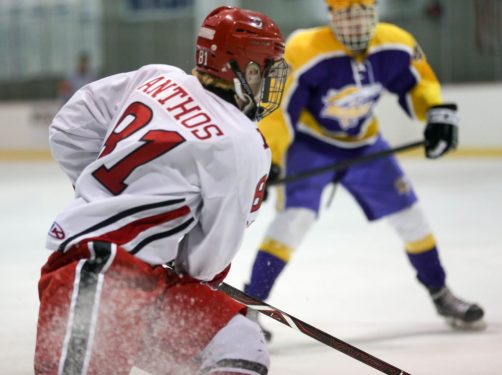 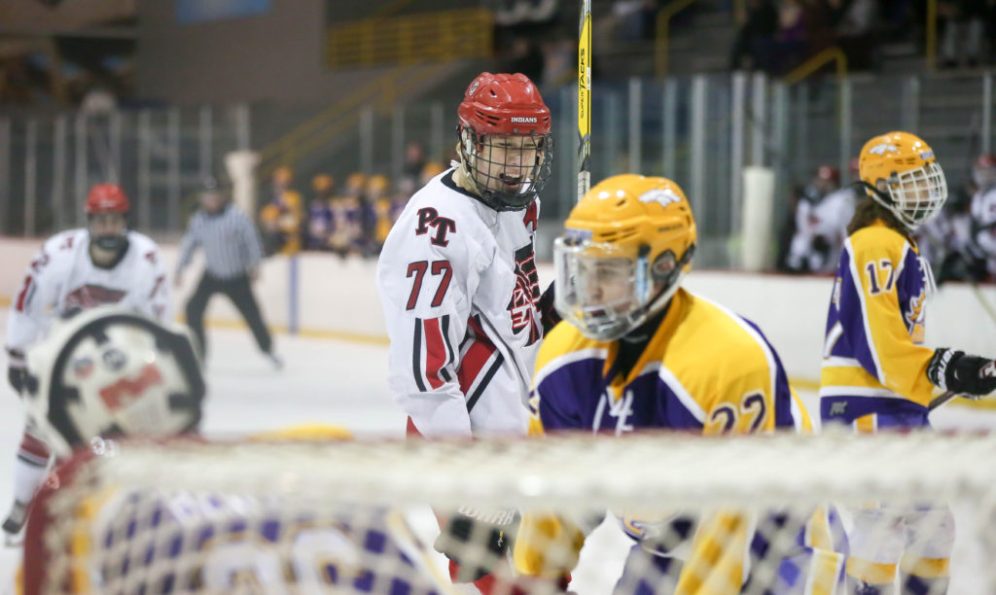