The Panthers hadn’t played in six weeks, not since a Dec. 4 overtime win at Robert Morris. Kent State, on the other hand, came off a home-and-home series sweep against Concordia last weekend. Pitt forward Oldrich Virag talked after the game about the Panthers approach to such a scenario.

“We’ve been playing fast all season as a team, so I think that’s something we just wanted to keep up with. Unfortunately we were only able to get practices in this week, but everyone body came up to play. We gave it all we had at practice and I think it showed here tonight.”

Everyone did indeed show up. Pitt had no problem shaking the rust off asThe Panthers once again used their depth. Zach Graf opened the scoring for the Panthers just over eight minutes in with a snipe from the point. After Kent State tied the game with a Mitchel Pozwick goal, Virag netted the first of his three to give Pitt the lead again, 2-1; a lead the Panthers never gave up.

Four straight goals in the second period, including Virag’s second that he dangled in front of Golden Flashes netminder Nicholas Beck before burying, gave the Panthers a 6-1 lead.

“I’ve been playing hockey for a while so your mind just goes to a different place and you just let your hands take over,” Virag said after the game. “This is our first game back in the second semester so it’s a good way to start the second half.”

Pozwick managed a second goal with just under two minutes remaining in the second period. It was the start of what Kent State hoped would be a comeback. Jacob Herrberg put another in just over four minutes into the third period to cut the Pitt lead in half, 6-3, but the Panthers had other ideas. Mark Louria shoveled a puck from the crease into the net and Virag showed off more stick handling to secure the hat trick and Pitt’s 8-3 victory.

Panther goaltender Tristan Canter saved 18 out of 21 shots in the win. His Golden Flashes counterpart, Nicholas Beck, saved about 20 out of 26 through the first two periods. Shea Spanier made eight saves on 10 shots in relief. 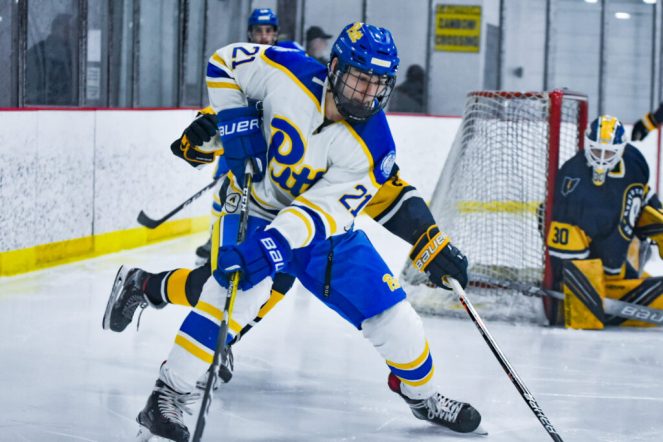 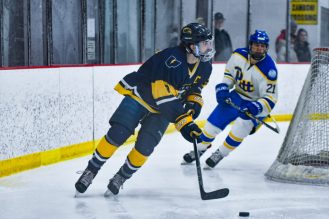 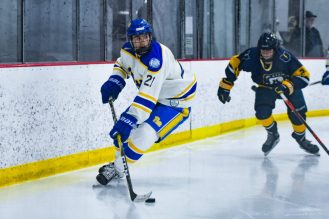 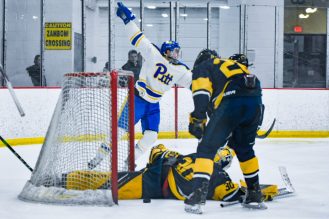 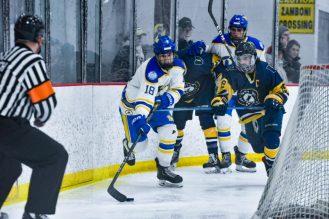 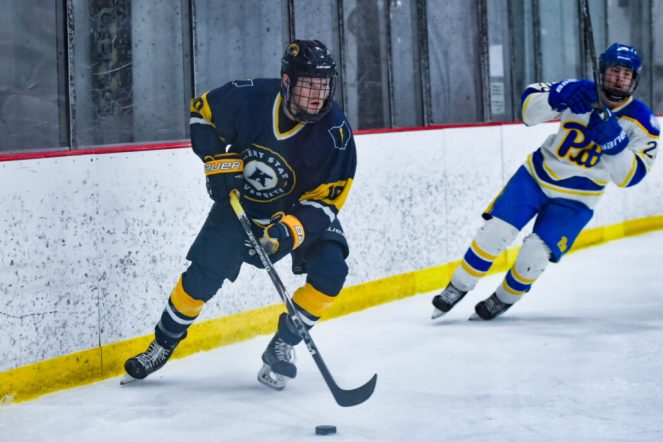 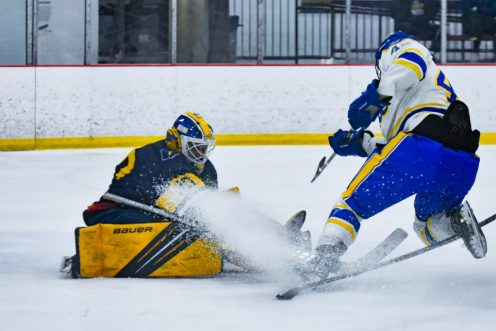 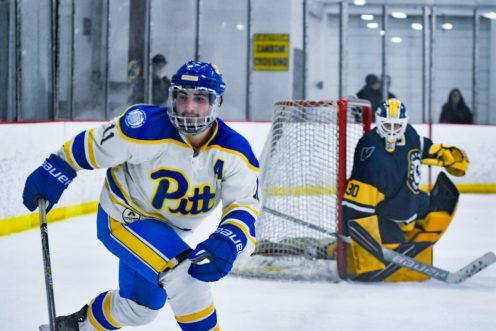 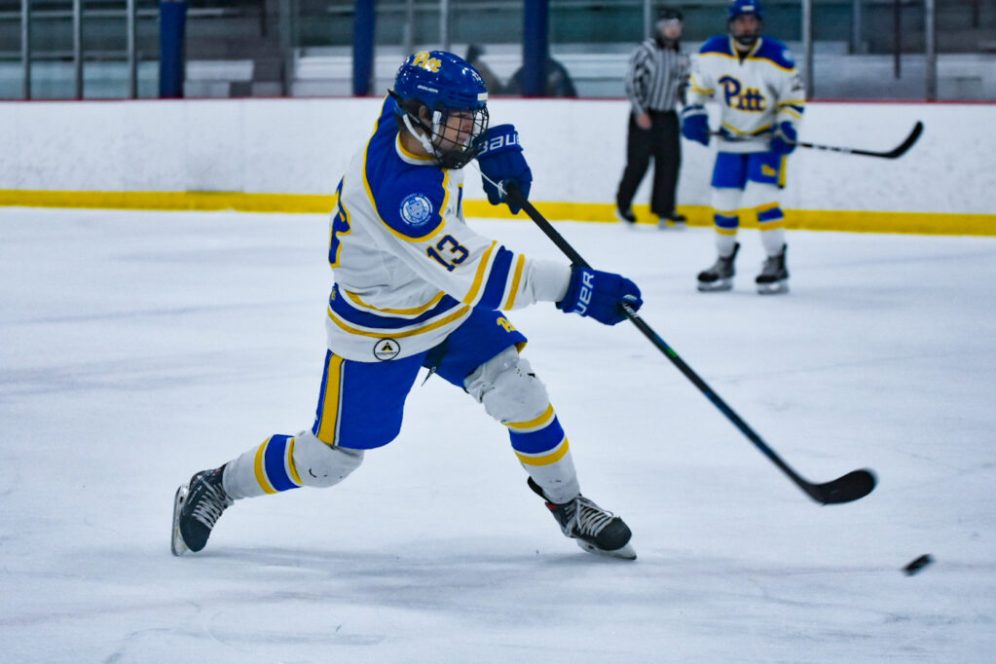