Werner, 25, was already among the youngest head coaches in the PIHL, barely removed from his years as an ACHA Division III player at California University of Pennsylvania, when he took over the moribund program at Ringgold. He immediately led the Rams to a postseason berth in the old Open Class.

But what probably raised more eyebrows was the decision by the Latrobe Hockey Club Board of Directors to name him its new varsity bench boss prior to the 2014-15 season. 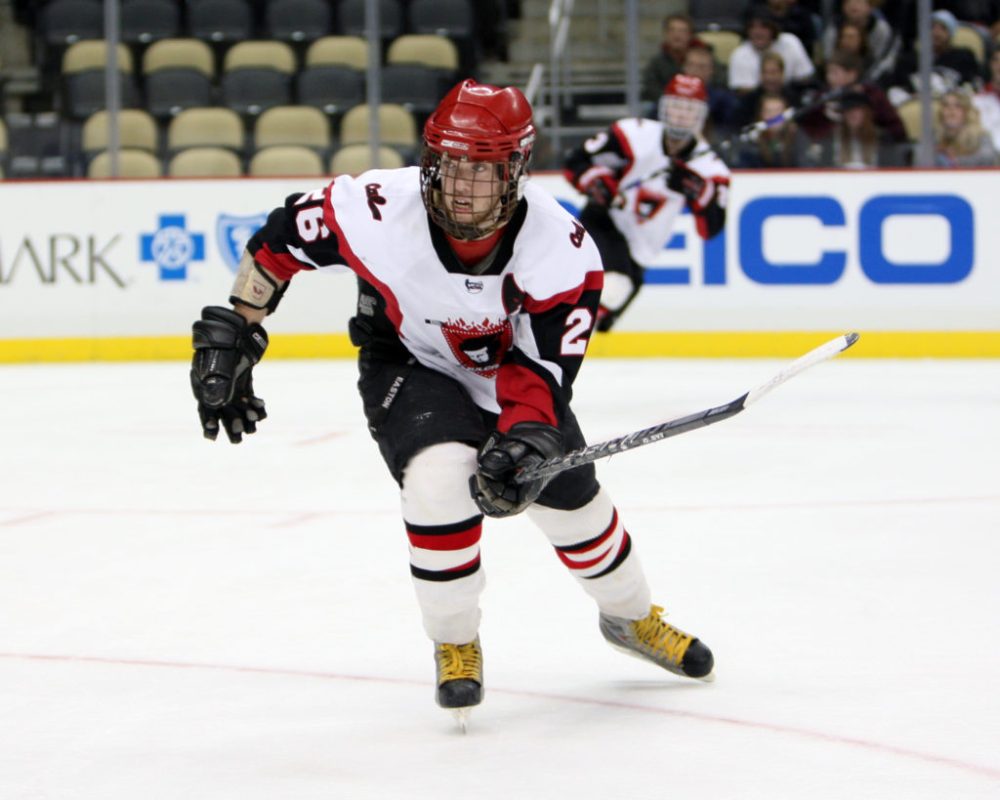 Josh Werner in his playing days with Cal U. — DAVID HAGUE PHOTO

It began with a tip from West Allegheny head coach Brian Boehm, who previously held the same job at Serra Catholic, Werner’s alma mater. Werner featured on back-to-back Class A Penguins Cup finalists 2005-06 and graduated as one of the Eagles’ all-time leading scorers with 80 goals and 162 points. It ended with the blessing of Latrobe Hockey president Leslie Rossi, whose son Jeff was a Junior Penguins teammate of Werner.

“I was aware of the rich history and tradition,” Werner said. “Everything just kind of fell into place.”

Latrobe was already one of the most successful high school teams anywhere in Pennsylvania, winning four Penguins Cups and four state championships in a span of six seasons 2007-13. Now Werner, who admits the pressure is “crazy,” is trying to lead the Wildcats (2-2-0) back through a tough Class AA pack.

The experience of playing for a winner has helped him alleviate that pressure. Surrounding himself with an experienced coaching staff that includes Tyler Baloh and Kevin Defelice, both members of those championship teams at Latrobe, has done the same.

“At Ringgold, there was a lot put on my shoulders early. I think my experience playing at Serra, and having that [sense of] tradition and mentality that, every year, we want a Penguins Cup helped me out when I accepted this position,” said Werner, who devotes plenty of time to scouting the competition — formally and casually. ‘It’s fun. I still really enjoy watching all the teams and watching those kids grow into great players. I just take the experience I had and try to translate it to [my team].”

As far as the competition in Class AA is concerned, he praised the early efforts of Hampton and also Plum, the other East Division unbeaten, which handed the Wildcats a 4-2 loss at the Kirk Nevin Arena in Greensburg Monday. They’ll try to bounce back when they visit Fox Chapel at Harmarville’s Alpha Complex Nov. 1. 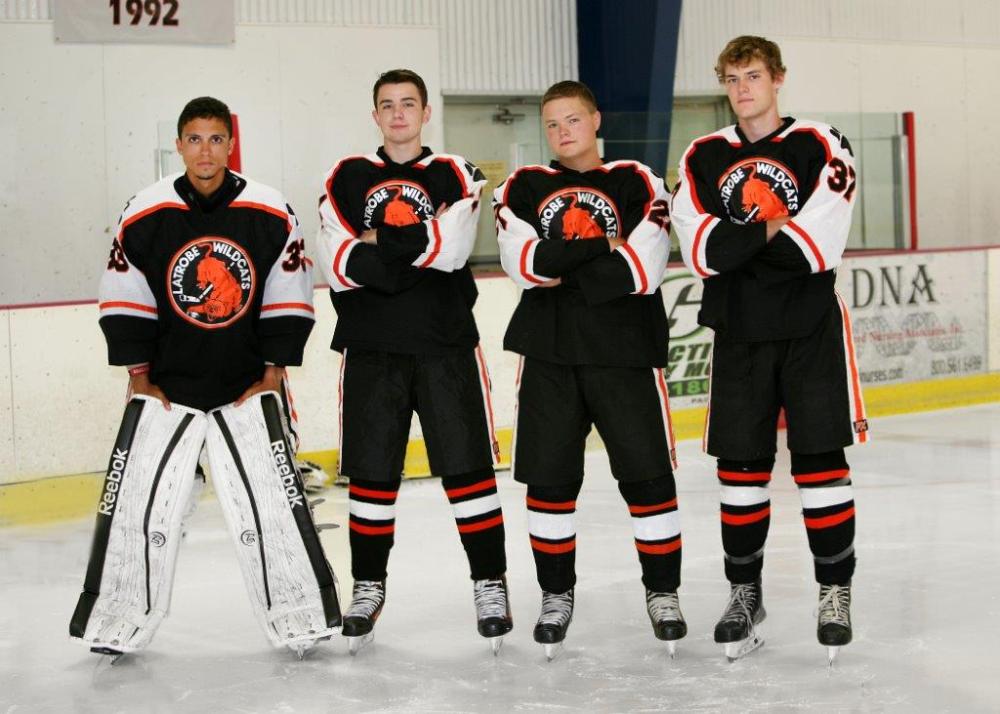 The Latrobe seniors are looking to get back to the Penguins Cup. — PROVIDED PHOTO

Furthermore, he has perpetual respect for former Class A brethren Mars and Quaker Valley out of the West Division, as well as the Wildcats’ longtime playoff nemesis, Bishop Canevin.

The Crusaders ended their three-year reign as Pennsylvania Cup champions in 2011 and, most recently, ended their season in last year’s playoffs on their way to a Penguins Cup crown. Last Thursday, however, Werner’s team proved lessons were learned by storming out to a 3-0 lead within five minutes en route to a 7-1 shocker at the Ice Castle in Castle Shannon.

Werner’s top line, led by junior Jared “J.T.” Schimizzi, who had a hat trick in the victory, and sophomore Cole Novak, whose two goals that night included the game-winner, continues to play up to expectations early in the 2016-17 campaign.

“He’s really turned into a great two-way player,” Werner said of Schimizzi. “Cole has been a great complement to J.T.”

With a classification-leading 14 points (eight goals, six assists) through four games, Schmizzi is making his presence felt on special teams, where he has scored twice shorthanded and once on the power play. Novak looks poised to break out in a big way, having put up seven points (five goals, two assists) in those four contests after getting just 11 all year as a freshman. 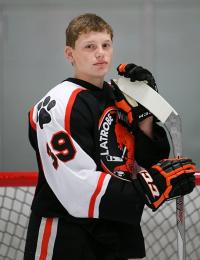 Junior Blake Rossi and senior Jack Schultheis, Latrobe’s top defensemen, round out the core of the 2016-17 squad. Together they’ve chipped in five assists while manning the blue line.

“Those guys have really stood out to us so far,” Werner said.

Having a proven starting goaltender in senior Ryan Pal, a 15-game winner in 2015-16, should not only give his team balance, but should also help settle down backup Gage Handwork, who is playing his first season of varsity hockey.

“We definitely have the heart and the mentality to go far,” he said. “We’re just trying to shape and mold that kind of team together right now, kind of see what our identity is and go from there.”